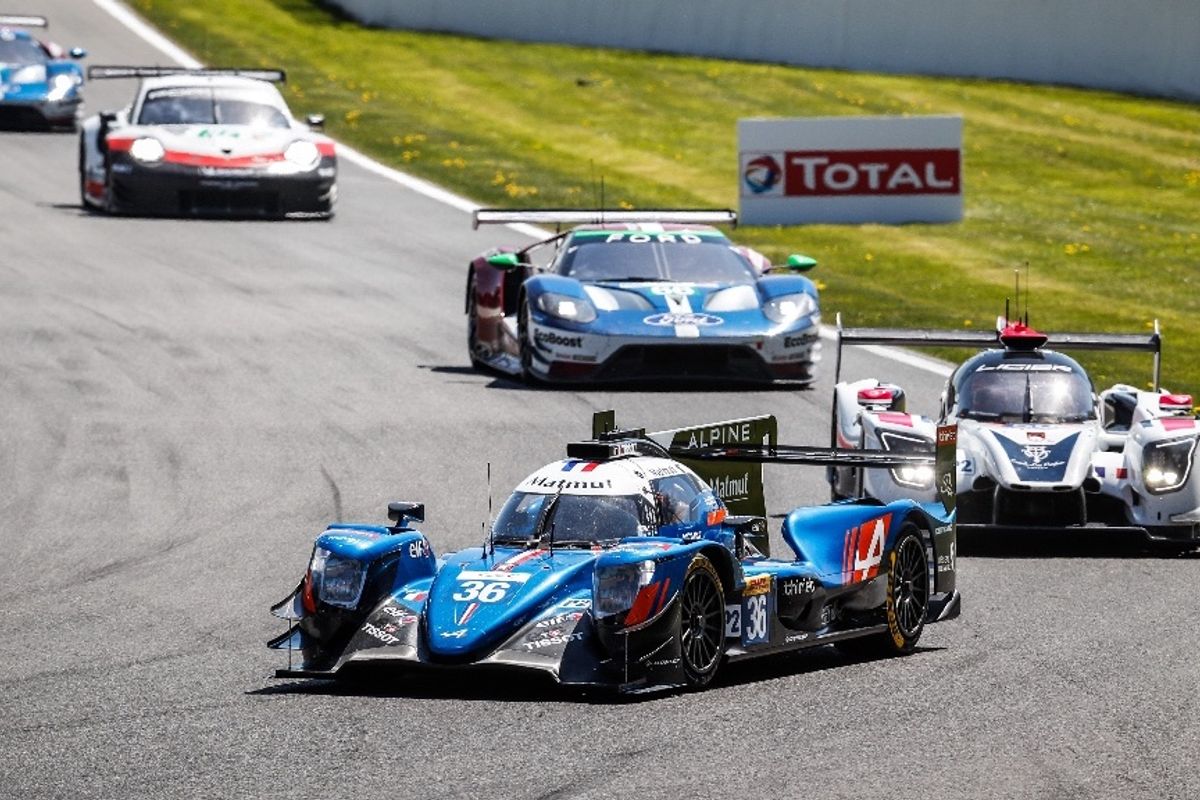 Two weeks before the race itself, the Test Day (June 3) kicks off the main event of the season.
Nicolas Lapierre, André Negrão and Pierre Thiriet will be at the wheel of the n°36 Alpine A470 to determine the best set-ups for the legendary 13.626 km circuit.

After the opening round at the Spa-Francorchamps circuit, the World Endurance Championship FIA WEC continues on with the 24 Hours of Le Mans (June 17-18). But ahead of that, all the crews are required to participate in the Test Day this Sunday, June 3.

Like the other teams, Signatech Alpine Matmut has established its base in Sarthe for the next three weeks. The mechanics, engineers and drivers will now calmly prepare for the longest, most difficult and undoubtedly most spectacular race of the year.

The 13.626km Le Mans track poses an incomparable challenge. When leaving the Bugatti circuit to head on to the Mulsanne Straight, the cars reach speeds above 330 kph, which requires a specific low-downforce aerodynamic package. This change modifies the balance of the car in the corners, requiring drivers to adapt their reference points accordingly.

In running throughout the day in the Alpine A470, Nicolas Lapierre, André Negrão and Pierre Thiriet will be able to gain confidence, while carrying out a traditional evaluation programme of the 2018 range of Dunlop tyres.

Thanks to their experience Nicolas, André and Pierre are already qualified and there are no particular worries for the team when it comes to the number of laps for each driver to put in. There will be two sessions during the Test Day from 9am to 1pm and from 2pm to 6pm.

Quotes
Régis Fricotté, Alpine Sales and Competition Director
“After a good start to the season with a podium at Spa-Francorchamps, we have turned all of our attention to the 24 Hours of Le Mans. It will be a milestone, forty years after the triumph of Didier Pironi and Jean-Pierre Jaussaud in the Alpine A442B. Besides the celebrations, we think we have this year delivered a package to allow Signatech Alpine Matmut to add another LMP2 victory to the one captured in 2016. This first day will allow the team to start building its momentum for the race.”

Philippe Sinault, Team principal Signatech Alpine Matmut
“We already have a lot of experience with this type of exercise, even though there is always a certain excitation as the 24 Hours of Le Mans approaches. Following a shakedown run of the Alpine A470 at the Lurcy-Lévis circuit, we began setting up at Le Mans in making the most of the limited space that we are given in the garage. On Sunday, we will ask our drivers to build their confidence and get acclimated to a car with a low aerodynamic load. We will use the set-ups we came up with last year and will focus as always on tyre usage. The track will still be very "green" and we will have to be careful not to fall into the trap of wanting to establish a reference time at any cost. The real battle begins in ten days, during qualifying.”