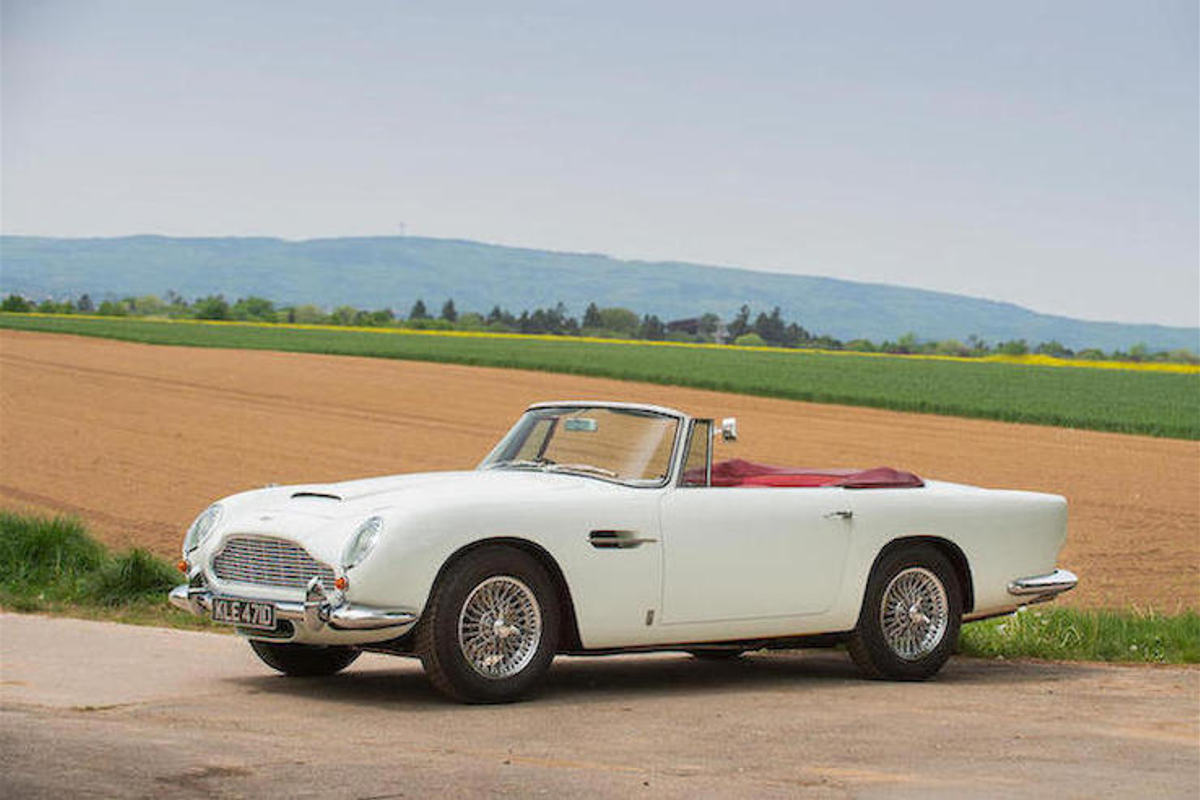 BONHAMS CELEBRATES £4.5M SUCCESS
On Saturday 2 June, the annual Bonhams Aston Martin Sale was held in association with the Aston Martin Owners Club's international concours d'elegance in the beautiful grounds of Englefield House in the heart of England.

Enthusiasts from the USA, mainland Europe and the UK gathered to create a wonderful atmosphere on the beautifully manicured lawns with the 16th century stately home providing a stunning backdrop. The Bonhams sale was the Saturday highlight of the weekend's celebration of the iconic British marque and realised a total of £4,474,499 with 90% of lots sold overall.

It wouldn't be a Bonhams sale without a barn find, and a pair of projects that drew the attention of the assembled crowd were the 1951 Aston Martin DB2 Sports Saloon which achieved £66,460 and the 1954 Aston Martin DB 2/4 Mark II DHC which had travelled all the way from Massachusetts. It realised £225,500, a testament to the enthusiasm that Aston Martin lovers still retain for exciting and rare projects.