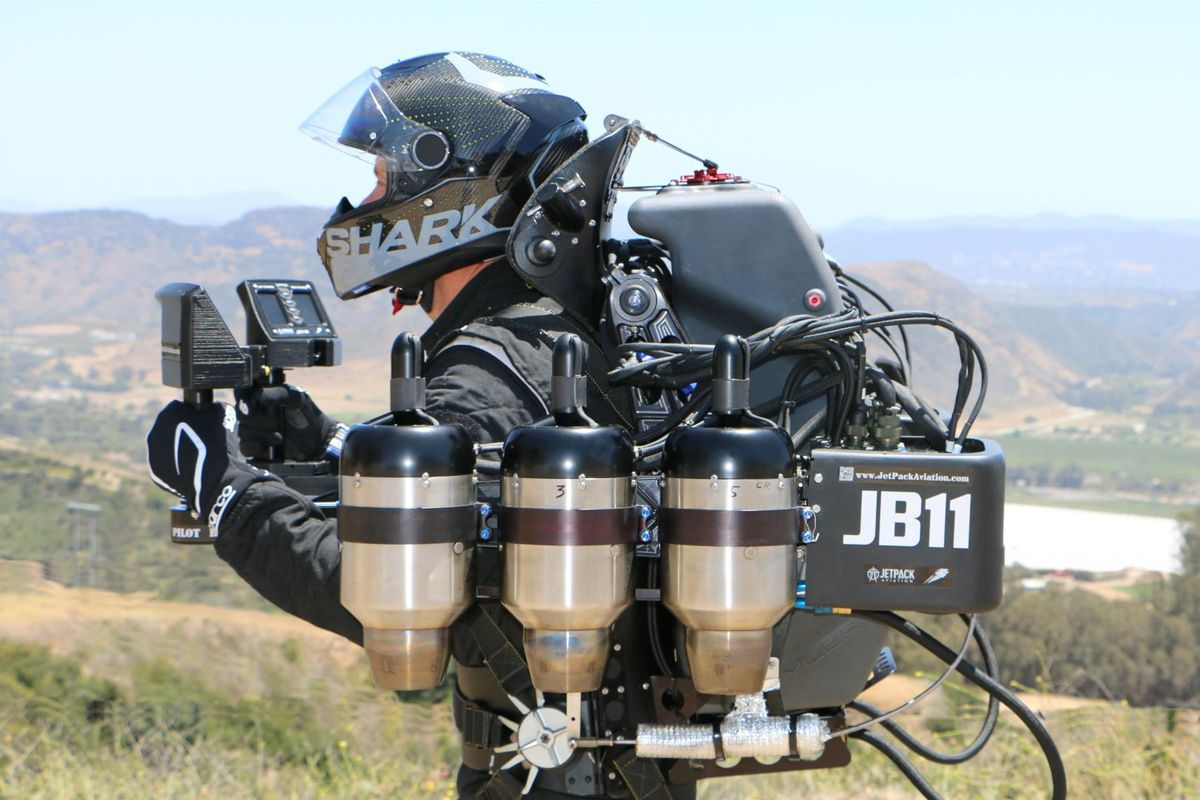 Capable of flying at heights of more than 10,000 feet

JetPack Aviation – the only JetPack ever to be certified by the Federal Aviation Administration - will appear at FOS Future Lab exhibition to showcase its most advanced personal flying machine yet
Expert pilot will be doing one flight on each day of the event, making the JB11 the first ever JetPack to take to the iconic Hill Climb

Bigger and better FOS Future Lab is open throughout Festival of Speed, from 12th–15th July 2018, open 7am –7pm each day

The world’s most advanced JetPack, the JB11, will be making its first ever European flight debut at this year’s Goodwood Festival of Speed presented by Mastercard (July 12-15).

The latest personal flying machine from South Californian company, JetPack Aviation will be the first ever JetPack to fly up Goodwood’s iconic Hill Climb and will form part of this year’s FOS Future Lab exhibition at the iconic show.

In its second year, FOS Future Lab will be bigger and even more exciting than its debut appearance at FOS 2017. This year’s exhibition will focus on innovation topics like space exploration, autonomous transport, robotics and personal flight. Visitors will be able to view displays and demonstrations, interact with some of the technology and learn more about the new and future technology featured.

The JB11 JetPack is the most advanced model yet and is capable of topping 200mph at heights of more than 10,000 feet. It weighs just 50kg and straps to the back of the pilot, who can take off at the push of a button thanks to its world-first VTOL (vertically take-off and landing) system.

The Federal Aviation Administration granted JPA certification of its JetPack in early 2018, making it the first company globally to achieve such certification.

The Goodwood Festival of Speed 2018 will be the first time anyone in Europe and the UK has seen the JB11 in action, with live demonstrations taking place at the event.

FOS Future Lab curator, Lucy Johnston, said: “With FOS Future Lab expanding into evermore innovative areas of technology and engineering, personal flight is a really exciting theme to bring to this year’s edition. We’re delighted to be able to present the most advanced system in the world, for the first time in Europe – and it will without doubt be one of the highlights of the event for all those who witness, pilot and company co-founder David Mayman fly it.”

JetPack Aviation's creation uses regular kerosene jet fuel or car diesel to power its six turbojet engines. Just four are actually needed for it to fly, with two available in case of emergency.

The jet engines are started via small electric starter motors and controlled using a throttle on the pilot's right control handle. The JetPack is attached to the pilot with a five-point safety harness.

Once in the air, the pilot controls the speed, altitude, and direction of the JetPack with the control arms and throttle. On both arms are computer readout screens which inform the pilot of information such as fuel level, engine RPM, exhaust gas temperature and battery status.

The pilot can fly for up to 12 minutes before having to come back down to earth. Landing is achieved by reducing thrust and descending slowly towards the ground. Like lift-off, landing is done vertically and without the assistance of a parachute or special landing pad.

The team has conducted hundreds of test flights over the past three years with four pilots trained to fly other model JetPacks. Safety technology includes an emergency floatation system, with 100% buoyancy and a triple redundant electronic and fuel system.

JetPack Aviation, which has a contract with the US Navy Special Forces to develop vehicles that can be deployed for missions, is also running Top Gun Experience Center days at its Southern California base, where people can try out a personal flight – with plans to roll this out in Europe and Asia.

David Mayman, JetPack Aviation CEO and lead JB11 pilot, said: "We are the only makers of true personal VTOL JetPacks in the world. We can take off and land vertically unlike anything else out there. There was the ‘rocketbelt’ in the 1960s, but that ran on H2O2 fuel and could only fly for a maximum of 30 seconds.

"The reality is that more people have walked on the moon than have flown a JetPack and I am the only person alive that has flown both the ‘rocketbelt’ and a JetPack.

“We’re currently in talks with government agencies around the world to use the technology for everything from police, medical and first responder use to military insertion and extraction.”

In the future, the company plans to extend flying time to over 20 minutes and build several different versions, including a JetPack you can sit or kneel on - and even an electric version. JetPack Aviation also has plans for an autonomous vehicle to carry several people – with a total payload of up to 300kg - as part of an urban mobility business in the future.

FOS Future Lab will be open to the public throughout the Goodwood Festival of Speed, which runs from the 12th – 15th July 2018, 7am – 7pm each day.

Saturday and weekend tickets are now sold out, with Sunday, Friday and Thursday tickets also selling fast. Hospitality packages are available throughout the weekend. To buy tickets or enquire about hospitality visit www.goodwood.com or call the Goodwood Ticket Office on 01243 755 055.