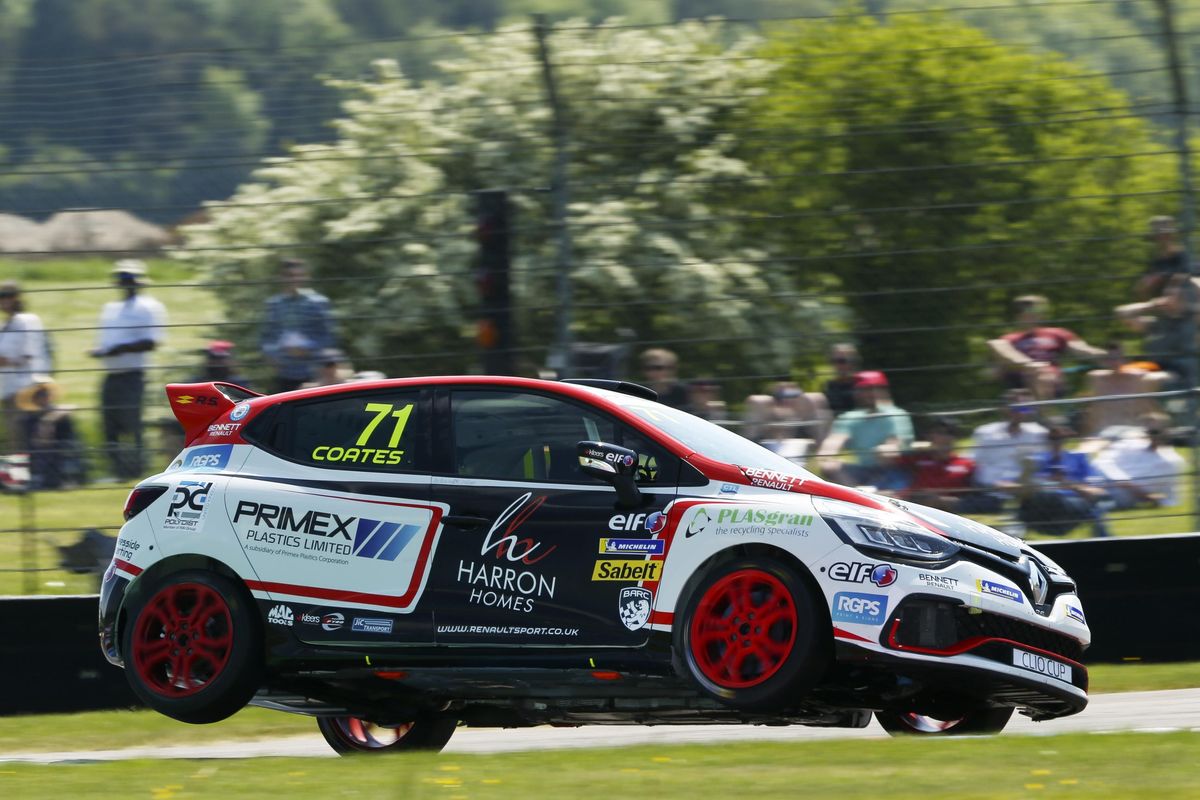 The Renault UK Clio Cup’s highly charged 2018 title race heads to the famous and picturesque Oulton Park circuit in Cheshire for its latest two rounds this weekend (Sat 9-Sun 10 June) in which James Dorlin (Barnsley) will surely be looking to continue the winning form which has taken him into the championship lead.

Within easy reach of cities such as Chester, Liverpool, Manchester and Wrexham, Oulton’s fixture makes for one the largest attended and most atmospheric events of the year for the British Touring Car Championship which, as ever, headlines the bill of action this weekend.

The Clio Cup will be in race action twice: after qualifying on Saturday morning (11:00-11:30) comes round seven of its season that afternoon, at 16:00. This is followed on Sunday by round eight, at 13:30 – a race that will be broadcast live by ITV4.

Westbourne Motorsport’s Dorlin is on a great run at the moment with four victories in a row – two at Donington Park followed by another two last time out at Thruxton.

Another pair of wins at Oulton would see Dorlin equal 2005 Champion Jonathan Adam’s record of six in a row and also put him in a tremendously strong position moving on to his home circuit at Croft later this month.

However he will need to be at the very top of his game just to be in contention for podium results, so strong is the opposition this season which has attracted one of the finest Clio Cup grids in history in terms of raw talent.

Indeed just eight points cover Dorlin, second placed Max Coates (Scorton) and Paul Rivett (Epsom Downs) in third at the head of the table. Team Pyro’s Coates and WDE Motorsport’s Rivett have also tasted victory and taken a turn to lead the standings so far in 2018.

With a maximum of 56 points up for grabs from this weekend’s two races, each knows the importance of ending Dorlin’s current run. Notably three-time Champion Rivett’s Clio Cup’s lap record around Oulton of one minute, 33.008 seconds still stands from 2008!

Close behind, tying for fourth and still looking for that first win, are Pyro pair Daniel Rowbottom (Kidderminster) and Jack McCarthy (Bromley). Rounding out the top six is Matrix Motorsport’s Michael Epps (Hemel Hempstead). Epps scored well in all three BTCC races at Oulton last year so will surely fancy his chances of a maiden podium or two in the Clio Cup this weekend.

Tight in teams’ title race
The fact that four different outfits are represented in the top six reflects a highly competitive Entrants Trophy title battle which counts the points of a team’s two highest placed drivers in each race.

Pyro has managed to edge away thanks to the effort of Coates, Rowbottom, McCarthy and its rapid 16-year-old signings Bradley Burns (Farnham) and Zak Fulk (Guildford).

WDE, in second, has been unfortunate on occasion and Rivett and his four fiercely competitive team-mates Lee Pattison (Halifax), Sam Osborne (Worksop), Dan Zelos (Dereham) and Nicolas Hamilton (Welwyn Garden City) will be keen to close the gap back up again.

Also watch out for…
Westbourne is not far adrift of WDE in third and Dorlin’s team-mate James Colburn (Worthing) was a winner at Oulton 12 months ago.

Like Epps, Jade Edwards (Northampton) might also be in contention for a first podium result – the daughter of former Clio Cup Champion Jim Edwards Jnr was right towards the sharp end at Thruxton. She is the MRM team’s sole representative this weekend as team-mate Brett Lidsey (Northfleet) is getting married…

Of Epps’s team-mates, Aaron Thompson (Romford) will be hoping to regain the form that last year at Oulton enabled him to qualify a best ever fourth fastest while Andy Wilmot (Dagenham) and Jeff Alden (Cheltenham) will be looking to continue their ever improving form – as will recent newcomer Luke Warr (Sudbury) and his small BLG Racing team.