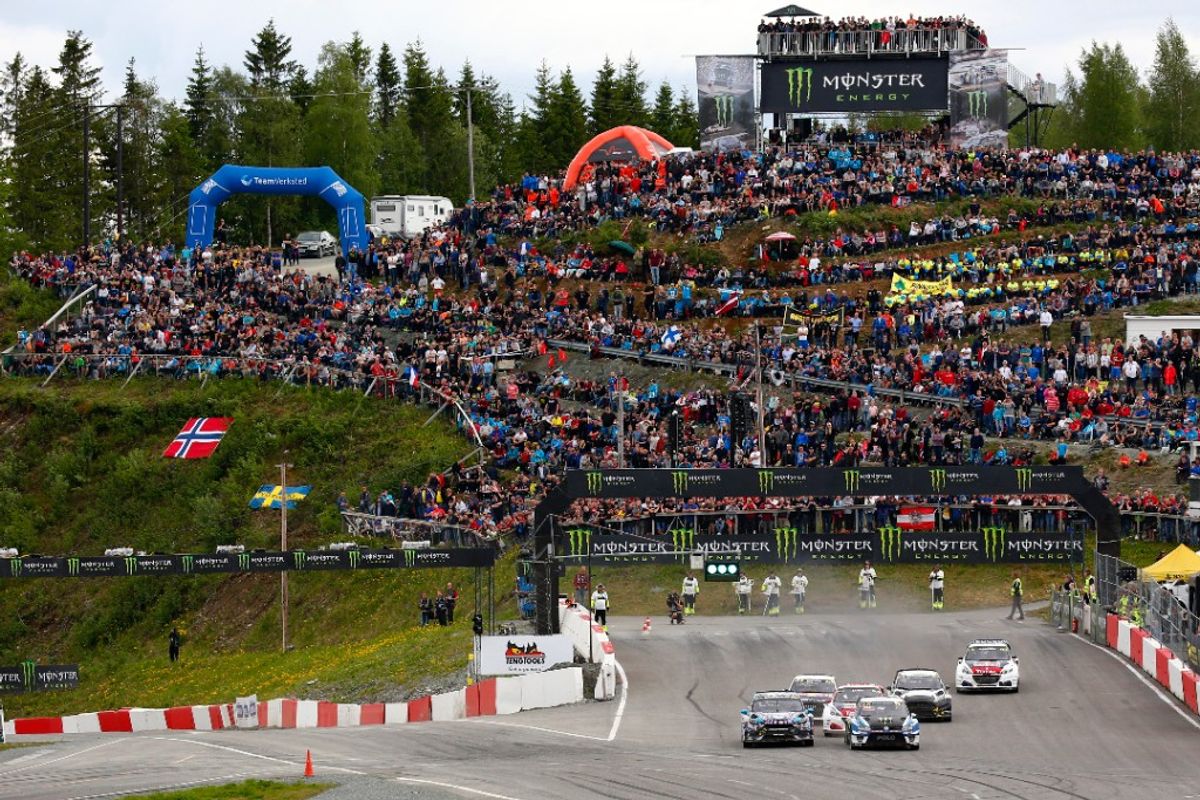 The FIA World Rallycross Championship presented by Monster Energy ventures into the Nordic heartlands this weekend (9-10 June) with a visit to the famed Hell circuit for Team Verksted World RX of Norway, round five of the 2018 season.

Held at Lankebanen, World RX of Norway is a mainstay of the schedule as one of six events that have featured on the calendar every year since the inaugural World RX season in 2014. Among the faster tracks in the championship, Lankebanen’s undulating layout and sweeping curves are a firm favourite among drivers.

Kristoffersson goes to Hell seeking a repeat of his commanding win twelve months ago when the Swedish driver denied local favourite Bakkerud a popular win.

Bakkerud enjoys a strong record on home soil having celebrated victory in 2016, scoring a remarkable 'clean sweep' of wins in all four qualifying races, his semi-final and the final. Moreover, he starts the Norwegian event on the back of a second-place finish at Silverstone, his best result since joining EKS Audi Sport.

By contrast, countryman Solberg is chasing a first podium in front of his adoring fans since 2014, as well as a timely strong result to haul himself back into contention following a semi-final exit at Silverstone.

The only driver to stand on the podium at each round this season, Loeb scored a top three result in Hell last year but has his sights set firmly on victory this time around. Similarly, Team Peugeot Total team-mate Timmy Hansen will seek a return to winning ways after triumphing in Norway in 2015.

Wurz lines up alongside team owner Max Pucher, who makes his first World RX start since 2015 as part of an all-Austrian assault.

Alex Wurz, MJP Racing Team Austria, said: “I grew up on rallycross tracks as my Dad is a three-time European champion and I’ve always loved the sport. I’m not one to shy away from a challenge, so I thought where better than Hell to throw myself into the deep end with the big World RX dogs. I’m so pleased Max Pucher has given me this opportunity to compete and I’m really proud to be part of MJP Racing Team Austria. I’m definitely managing my expectations but I will enjoy every minute.”

World RX Managing Director for IMG, Paul Bellamy commented: “We always look forward to returning to the Nordic regions and Hell. There is no doubt the always-vocal and passionate Norwegian fans will be out in force to support Petter Solberg and Andreas Bakkerud around a circuit that produces fantastic action year-after-year. Moreover, it is a pleasure to welcome former F1 driver and Le Mans 24 Hours race winner Alex Wurz to the starting grid in Norway. Based on the classic World RX racing we have already seen this season, it is certainly no coincidence drivers of Alex’s calibre want to join the rallycross ranks. With stars of rallying, touring cars and single-seaters already competing in World RX, it once again serves to demonstrates the immense appeal of World RX across motorsport.”

From a Cooper Tires point of view
Paul Coates, General Manager - Motorsport, Cooper Tire Europe, said: "This circuit is a favourite not just with fans, but drivers as well. The track is by no means easy and is more or less a rollercoaster ride from start to finish, with extreme forces being placed on the tyres throughout the course with the varying corners and elevation changes. The construction and materials used in the tyres help withstand the loads and the inevitable bangs and scrapes they will be subjected to here in Hell.”

European Rallycross Championship - Super1600
A capacity entry of 25 drivers will line up for the third round of the FIA European Rallycross Championship for Super1600, with points leader Artur Baumanis looking to build on his winning start to the season. The Latvian triumphed in Catalunya-Barcelona and Montalegre, but with Volland Racing team-mate Rokas Baciuska and Jimmy Terpereau only five and six points adrift respectively, there is all to play for in Norway.

European Rallycross Championship - TouringCar
In the FIA European Rallycross Championship for TouringCar, 17 drivers will challenge for glory, led by former champion and round one winner Fredrik Salsten. Having moved to Euro RX Supercar for 2018 and qualified for the final at Mettet in Belgium last time out, former TouringCar title contender Anders Braten will return to the rear-wheel drive category for his home event driving a Ford Fiesta.