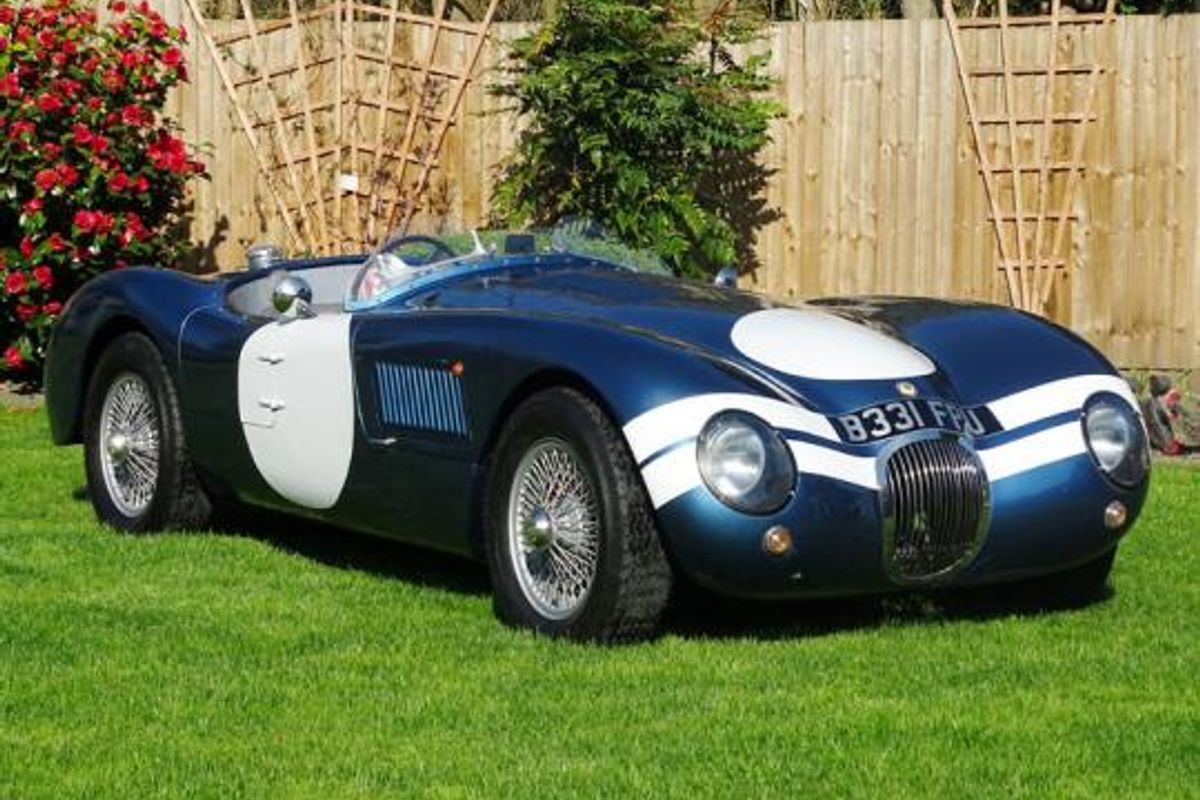 Many enthusiasts regard the C-Type Jaguar as one of the most attractive and desirable sports racing cars ever. The problem is only 53 were built, the values of which are now way beyond the pocket of the average aficionado, as a result of which a healthy supply of evocations has been available for many years. Inevitably some are of superior quality to others, with those built by Realm Engineering of Honeybourne, Worcestershire generally considered to be among the best. Realm's enviable history can be traced back several decades to the LR Roadster and Ram-badged Cobra replicas, and has more recently encompassed equally competent evocations of the D-Type Jaguar, its road-going cousin the XKSS, and the C-Type Jaguar. The latter is constructed around a spaceframe of impressive design that's then clothed in either a glassfibre or alloy body. A donor Jaguar XJ6 is required for the running gear.

'B331 FPU' provides some lucky person with the chance to acquire a replica C-Type that has covered just 1,100 miles from new, so is barely run in! Finished in the unmistakable Metallic Blue and White-striped livery of Ecurie Ecosse, it was purchased in kit form by the vendor in c.2010, and then constructed over a five year period before being successfully IVA tested and then first registered on August 1, 2015. The vendor currently regards the bodywork, paintwork, Grey leather interior trim, straight-six XK engine and five-speed manual gearbox as all being in 'very good' condition and is now selling the car complete with Thatcham immobiliser, tonneau cover, photos of the build process and collection of related invoices.