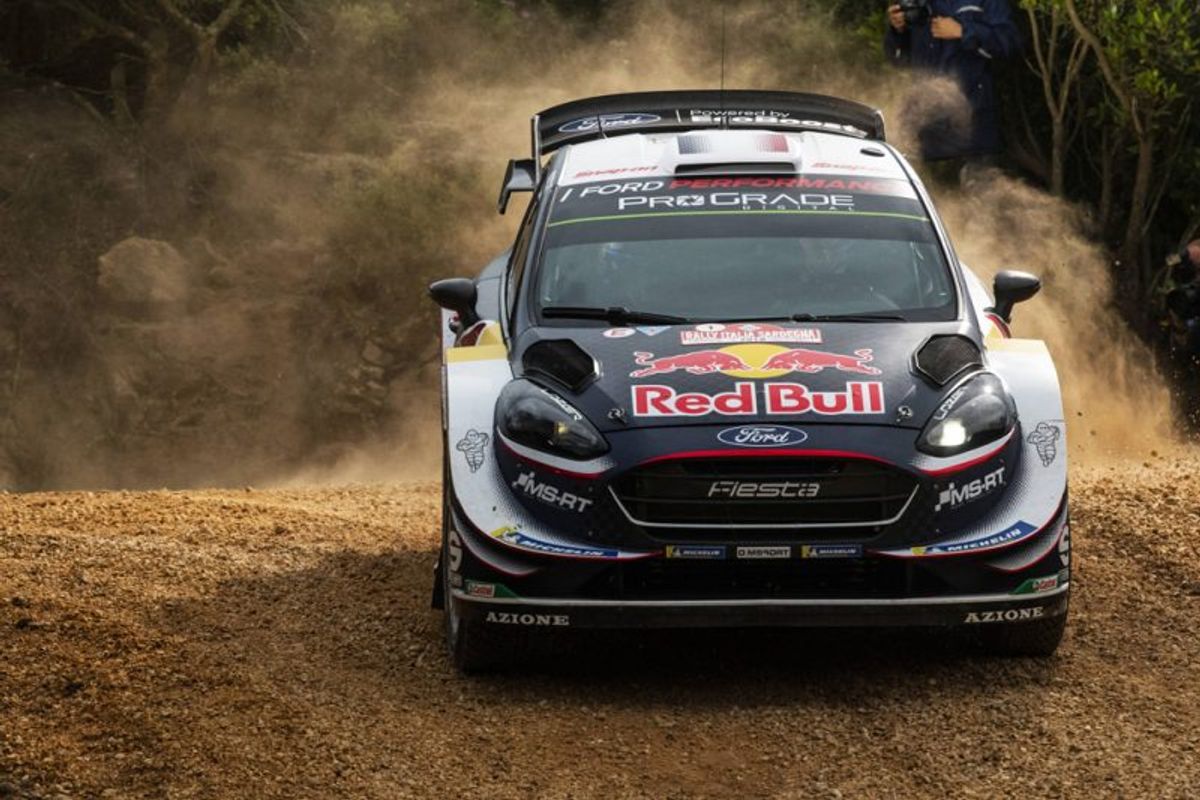 The Frenchman, who lost the WRC championship lead to Thierry Neuville at the previous round in Portugal, bounced back to lead the Belgian by 18.9sec after a day played out in uncharacteristic conditions and marked by the retirements of Andreas Mikkelsen, Ott Tänak and Teemu Suninen.

Neither Ogier nor Neuville expected to top the leaderboard. As the first two starters, both were resigned to losing time on bone dry roads as they swept away a thick coating of gravel to create a faster line for those behind.

Except torrential rain, unheard of at the Mediterranean island fixture, turned conditions in favour of the early starters and the title rivals distanced their challengers.

Ogier was a cautious fifth after this morning’s four stages, almost 25sec off the lead. As the downpours returned, the Ford Fiesta driver stormed to the front in the repeat pass of the muddy Tula speed test and extended the gap over Neuville.

“It was a tricky day and I didn’t want to go full risk this morning,” he said. “This afternoon’s opening stage was difficult and I gained a lot of a time. It was a surprise but I was more in attack mode compared to the morning. Tomorrow I still need to drive fast.”

Neuville, struggling to believe the gift handed to him by the weather gods, attacked all day. His battle-scarred Hyundai i20 ended with damage to the front and rear after three separate brushes with the undergrowth.

“I thought there was no chance of being in the top eight this morning. The rain really helped and I pushed very hard,” he said.

Jari-Matti Latvala was third in a Toyota Yaris, 37.2sec behind Ogier. He struggled for confidence in the slippery conditions but as conditions dried, the Finn upped his pace to win the final speed test.

Team-mate Esapekka Lappi was 4.4sec behind in fourth. He languished in 10th at today’s midpoint after a puncture. With only one spare onboard, he was ultra-cautious through the remaining morning stages.

Mads Østberg held fifth in a Citroën C3, the Norwegian regretting two bad tyre choices in the unpredictable weather. He was 3.2sec ahead of Hayden Paddon.

Mikkelsen dominated the morning to lead but retired when transmission problems left his i20 jammed in reverse gear. Tänak exited third in the final test after a heavy landing over a jump damaged his Yaris’ radiator and Suninen crashed out of fourth in the same stage.

Saturday’s leg is the longest of the weekend, covering 146.14km east of Alghero. Two identical loops of three tests are split by a short arena stage, with the iconic Micky’s Jump featuring twice.