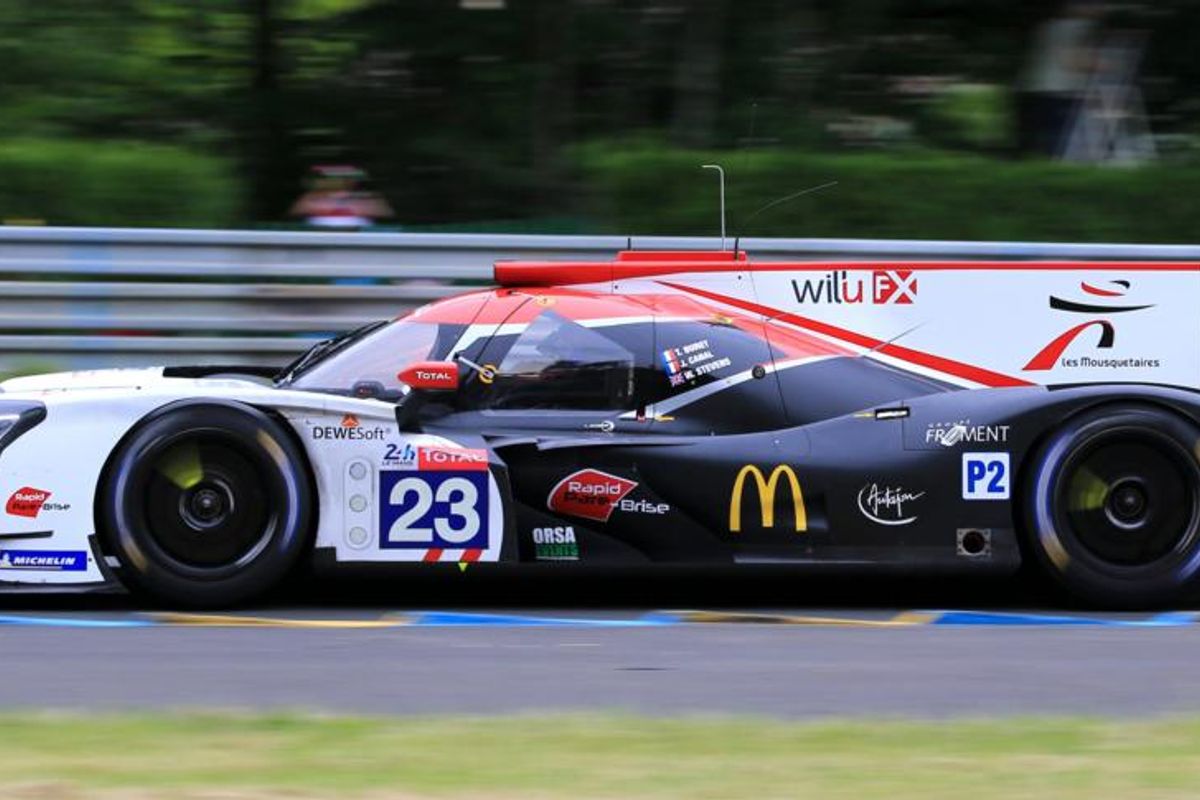 A few days before Le Mans Olivier Panis, the Team manager of Panis-Barthez Competition announced his goals and presented his driver line up - Britain's Will Stevens and France's Timothée Buret and Julien Canal, the three drivers will be joined by Tristan Vautier as reserve driver.

Q.Olivier Panis, how will you approach this third participation in the 24h of Le Mans, and what is your team’s intent?

« I am quite proud of our line up: with Will Stevens, Timothée Buret and Julien Canal we combine experience with motivation. During last Sunday’s test day, we set up a real working plan. We discovered the new « Le Mans kit » from Ligier and had to get as much data as possible to prepare the race and pass onour info to Michelin in order for their team to adapt to this current aerodynamic kit. The 3 drivers have perfectly played their parts, putting aside pure performance and I thank them for their investment.

Our goal this year is clear: for the Team’s sustainability, we must have results this season and for the 24h of Le Mans, we are implementing to get on the podium in LMP2. Given the quality of Simon and Sarah Abadie’s technical team, the level of the drivers, my associates and I are more motivated than ever because we know that our future depends on it.

Q. What are your views on each driver?

It’s a great opportunity for us to have Will Stevens at our side. He is an extremely experienced driver thanks to his career in formula 1, his knowledge of Le Mans and all categories, such as GT, in which he regularly appeared at the highest level. In addition to his skills and his great ability to work, he brings serenity and unites the team, both for the technical team and his teammates.

Julien Canal is a driver I have known for a few years because, in addition to his notoriety and his impressive record, we often crossed paths at GT championships. He impresses me in his ability to manage brilliantly his great career as a high-flying sportsman in parallel with that of a businessman. He is a very involved and applied driver, who shares his experience with the whole team: He is not a world champion by luck, when we see his speed and his consistency in all kinds of configurations and track conditions.

Timothée Buret is the Team’s « child » , he grew up in endurance since its inception and it’s a great pride to have been able to keep him in 2018. He showed a huge improvement over the seasons, he impresses me when he enters the track and is as of today, one of the youngest fastest drivers in LMP2. I know he gets noticed by competing Teams, and will soon leave the nest. He is THE driver of the future in endurance and it is a great satisfaction, through him, to have succeeded in our mission to train youngsters to bring them to their best level.

Nevertheless, I am really happy to see that two of the best timesin Sunday’s test were made by Nathanaël Berthon and Paul-Loup Chatin, both former drivers of the Team in previous seasons. With Fabien Barthez, it is the DNA of Panis-Barthez Competition that we wanted to promote with these youngsters.

Q.Tristan Vautier is announced as the reserve driver, what motivated this choice?

I have known Tristan for a very long time and if I had the financial means, he would have integrated Panis-Barthez Competition a long time ago. He is a very professional driver, extremely fast and, furthermore with great righteousness. He is doing great things in the United States with Cadillac in LMP2, and at our side at the 24h of Le Mans, his point of view can bring us a real plus, technically and mentally. During his 10 laps on test day, as he discovered the car and the track, he immediately showed his ability to have a fast-pace and his ability to adapt to the exercise: A talent that only the greatest pilots have.

In conclusion, we could not hope for a better crew, in addition to their respective qualities as drivers, they form a very homogeneous quartet in their line of work, they are very close in terms of steering and feedback.