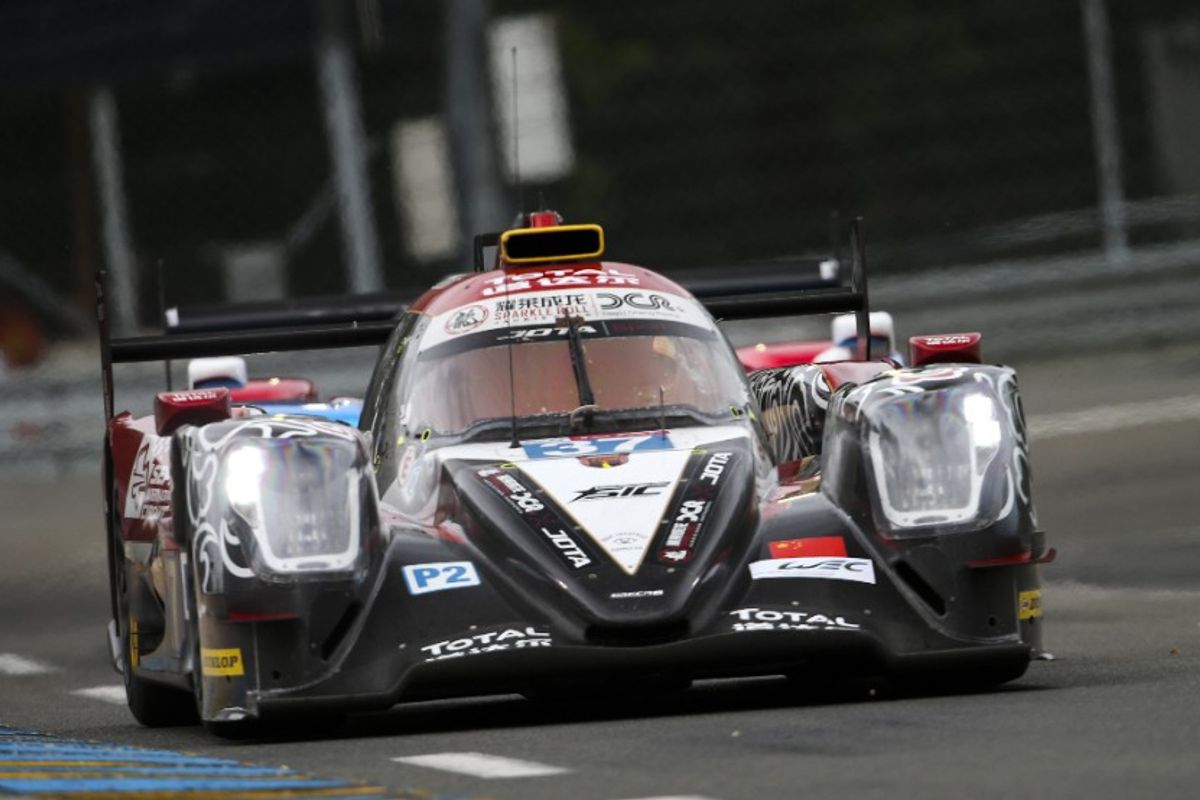 Weiron Tan admits he is excited and nervous in equal measure as he prepares to tackle the ‘biggest challenge’ of his fledgling motorsport career later this month, following a positive and productive test day ahead of the legendary Le Mans 24 Hours.

One of the fastest-rising stars on the international sportscar scene, Tan is competing this year for Jackie Chan DC Racing x JOTA Sport as part of the first all-Malaysian driver line-up in FIA World Endurance Championship history, alongside team-mates and countrymen Jazemen Jaafar and Nabil Jeffri.

Behind the wheel of the team’s 600bhp #Fortunecat37 entry, the trio made an encouraging debut in sportscar racing’s premier global series last month, tallying a solid fourth-place finish in the fiercely-contested LMP2 class at the 6 Hours of Spa-Francorchamps – the 2018/19 FIA WEC ‘Super Season’ curtain-raiser.

Rapidly getting to grips with their new Gibson-powered ORECA 07 prototype, Tan, Jaafar and Jeffri then headed for France’s revered, 13.626km La Sarthe circuit, which will stage the 86th edition of the iconic Le Mans 24 Hours on 16/17 June.

Making the most of the eight hours of official testing available, the crew completed 68 tours to place 11th on the timesheets amongst the 20 high-calibre LMP2 protagonists. After lapping less than a second adrift of two-time Indianapolis 500 winner and seven-time grand prix-winner Juan-Pablo Montoya, 23-year-old Malaysian Chinese racer Tan professed himself pleased with initial preparations.

“The test went well,” affirmed the former Caterham F1 Academy member. “Having done a lot of prior simulation work, I felt like I got to grips with the track quite quickly – but of course, the simulator can never fully replicate reality. The real circuit is way more fun, way scarier and much more exciting!

“With some 60 cars in the field, it was very difficult to get a clear lap which meant it was almost impossible to accurately judge where everyone was pace-wise, but our objective was to learn and develop a race car for the 24 Hours and in that respect our programme was very productive. With so much information to take in, the test was a positive learning curve for us and we made good progress.

“I must admit, it was incredible to be driving through the streets of Le Mans at over 330km/h. This track has so much history and it really is a privilege to be here, and I’m feeling excited and quite nervous, if I’m honest. It will be the longest race I've ever done. I mean, 24 hours – that’s crazy! I'm just looking forward to experiencing it for the first time and the primary target will be to reach the finish, because anything can happen in 24 hours – so that in itself is the biggest challenge already.”