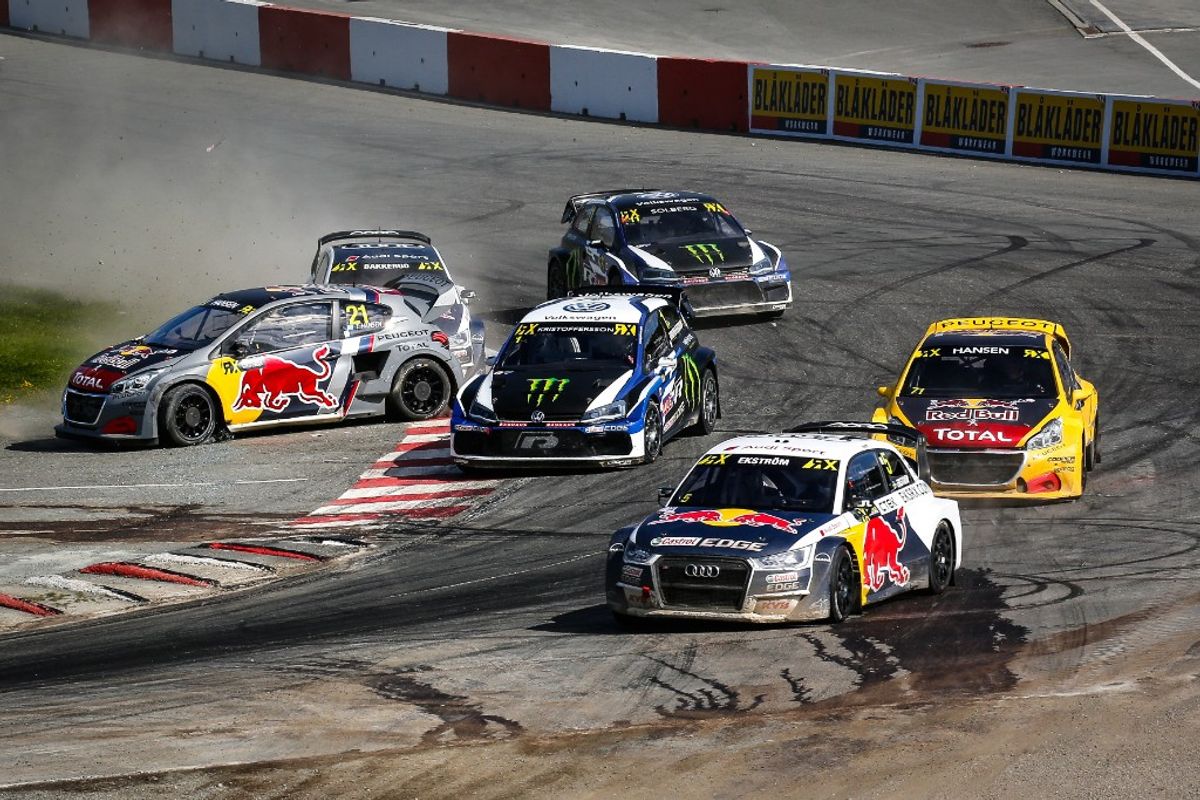 Sweden’s Kristoffersson claimed the second ever World RX ‘clean sweep’ with wins in each of the four qualifiers, the semi-final and final following Norwegian star Andreas Bakkerud’s achievement at the same circuit two years ago.

Kristofferson’s fourth victory of the season in the Volkswagen Polo R cemented his position at the top of the World RX Drivers’ Championship, as a double-podium for PSRX with Norway’s Petter Solberg in third place extended the Volkswagen-supported squad’s lead in the Teams’ Championship and delighted the enthusiastic Norwegian crowd, with 24,000 fans in attendance over the weekend. EKS Audi Sport’s Mattias Ekstrom finished the final second having started on the second row of the grid.

Watch the Team Verksted World RX of Norway FINAL in Hell
Ekstrom fought back from a difficult Sunday morning where he was given a five-second penalty in Q3 and then retired in Q4 to finish on the podium. “Congratulations to Johan and his crew, they had a really good weekend,” said Audi S1 driver Ekstrom. “Two really rocket starts made the difference for me today and I managed to finish second in the semi and in the final. It’s always nice to get a trophy.”

Solberg secured the Monster Energy Supercharge Award for having the fastest reaction time at the start of the final. “This is very good. If you look at the last few years for me here, I am very, very pleased. It was a tough weekend, I tried to use all my tyres I could early to make sure I was coming into the semis in a good position and it’s a good feeling. The speed difference [to winning] is not much but it’s so many things through a weekend that’s got to fit in really well. Only two people have done the clean sweep now, and on the same track, but Holjes next time will be a tough one for everybody.”

Fourth was Team Peugeot Total’s Kevin Hansen, the 2016 FIA European Rallycross Champion making it into the final by qualifying fourth in the Intermediate Classification and being third in semi-final two.

Peugeot’s Timmy Hansen and EKS’ Andreas Bakkerud lost time at the first corner of the final after contact and finished fifth and sixth respectively.

France’s Sebastien Loeb just missed out on a place in the final by finishing fourth in semi-final one ahead of Olsbergs MSE’s Robin Larsson and Sweden’s Anton Marklund in a hotly-contested race. GRX Taneco’s Niclas Gronholm finished fourth in semi-final two in an equally close race with the second OMSE Ford Fiesta driven by Kevin Eriksson and Team STARD’s Janis Baumanis fifth and sixth.

It was a challenging weekend for GC Kompetition, but both Jerome Grosset-Janin and Guerlain Chicherit scored World RX Championship points. Former Formula 1 driver and double Le Mans winner Alex Wurz made his World RX debut in Norway with MJP Racing Team Austria and improved with every session to finish 18th.

James Taylor, Vice President Rallycross for IMG, concluded: "The fans in Norway adore their rallycross, and the 24,000 spectators that came out in force to support World RX have been treated to an enthralling weekend of racing. Once again, the action has been immensely competitive in Hell, with all of the top teams pushing each other to the limit and bringing out the very best from their world-class drivers. Well done to Johan Kristoffersson for his magnificent clean sweep this weekend – it was a masterclass in rallycross driving. We look forward to seeing if his rivals can strike back on his home soil at Holjes, Sweden on 30 June – 1 July."