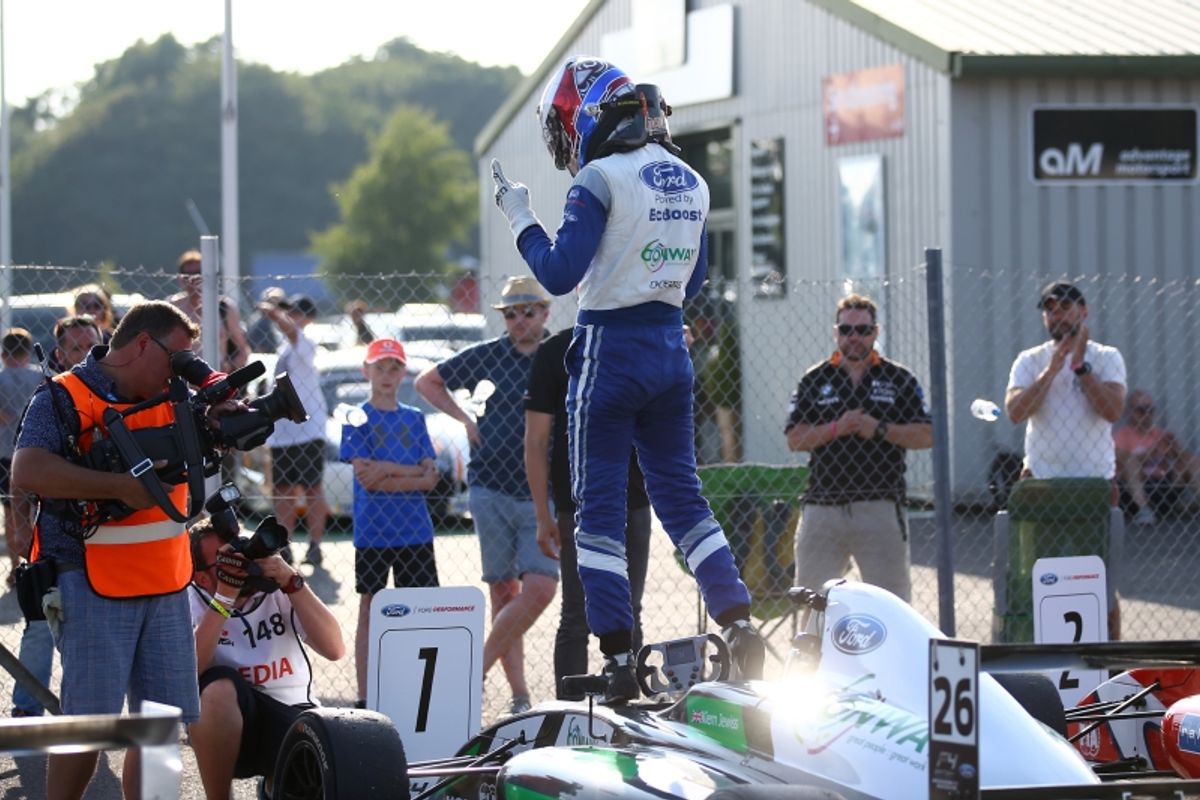 Dennis Hauger, Ayrton Simmons, Kiern Jewiss claimed a win apiece at the Cheshire circuit.
Hauger took his maiden British F4 victory in round 10 of the season, after a race-long battle with Jewiss. The latter finished first on the road, but was demoted to second following a three second time penalty. Patrik Pasma rounded out the top three.

Simmons pulled off an inch-perfect lights-to-flag victory in race two. Jack Doohan was close behind, with Jewiss and Tonteri creating a four-way fight for the lead. Simmons held back Doohan to take the win, with Jewiss in third.

Jewiss was faultless from pole position for the duration of the final contest, winning by a margin of almost eight seconds. Pasma and Tonteri completed the podium. Jewiss leads the championship by 16 points, with chief title rival Ayrton Simmons only able to finish eighth in the third race.