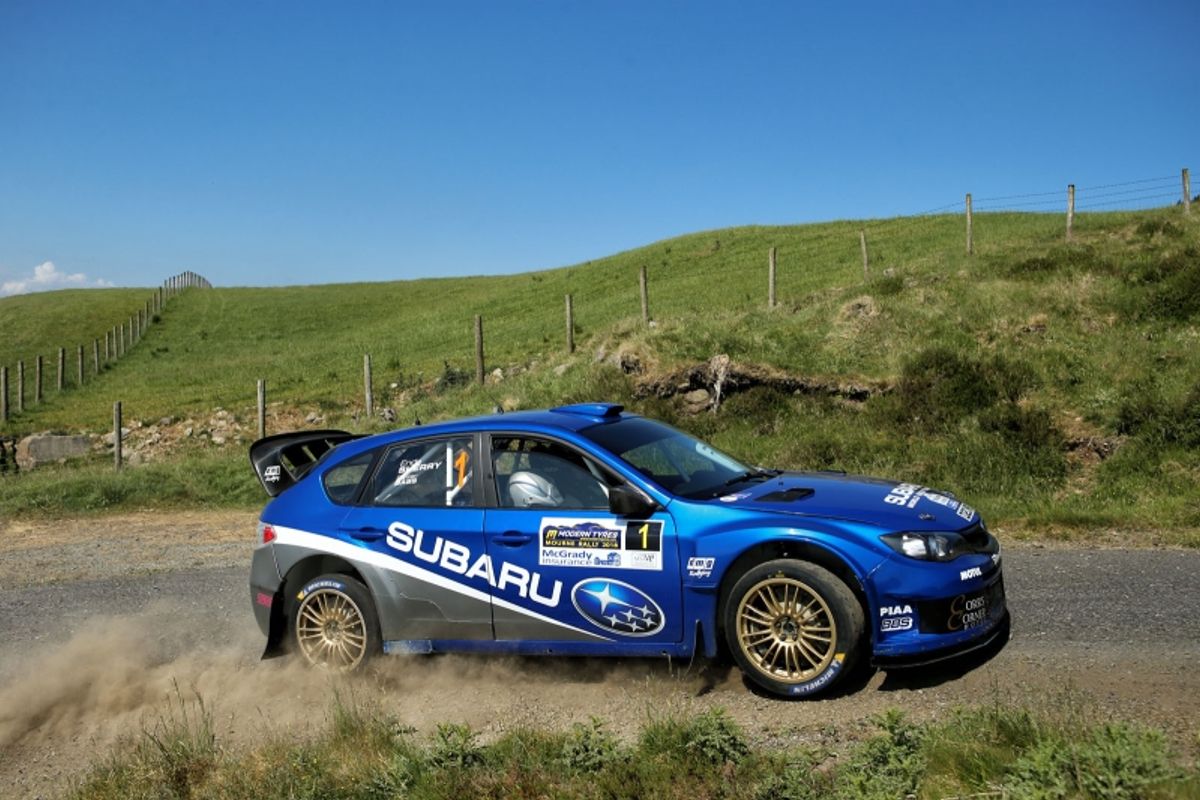 Derek McGarrity and Paddy Robinson secured a dominating win at the Modern Tyres Mourne Rally, round three of the championship.

Coming home in second position, Damian Toner and Denver Rafferty sealed the top two-wheel drive award in the process. In the end, they enjoyed a fairly comfortable advantage over the rest of the pack after a trouble-free day rallying through some scenic stages.

The battle for third overall between David Armstrong and Camillus Bradley went right down to the wire. Going into the final stage, less than two seconds separated the two contenders. Bradley pulled out all the stops and at the final time control, he had done enough to secure third overall by a mere one-tenth of a second!