Optimum back on British GT podium with strong Silverstone 500 showing 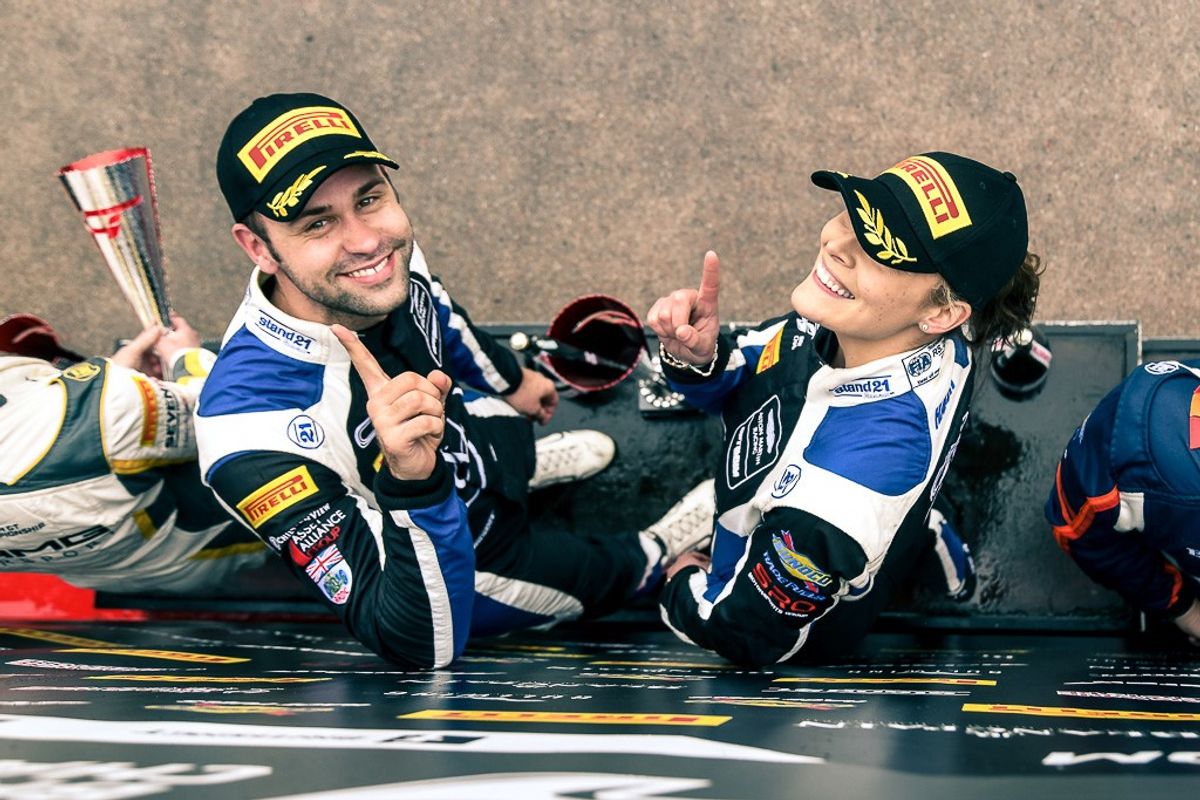 Having secured two fourth-positions last time out in the British GT Championship at Snetterton, Optimum Motorsport were delighted to get back onto the podium on Sunday (10 June) at the Silverstone 500.

The team found an engine issue following the Snetterton double-header and with that rectified between the events, were much more content with the #75 Aston Martin GT3 package ahead of the sixth race of the season.

Practice saw Flick Haigh and Jonny Adam notch up 47 laps ahead of qualifying where the combined time between the two yielded seventh position on the grid, sixth in class.

Flick took the first stint of the three-hour event, running close behind Derek Johnston and opting to remain on track slightly longer than some of her rivals. Having closed the gap to eventual winner Mark Farmer, she pitted for the first time with just under an hour of racing complete.

Jonny was next out, exiting the pits in ninth, but as the race settled, found himself fourth overall with 80-minutes remaining. Soon after he found himself on the tail of Nicki Thiim in the rival Aston Martin before pitting.  With an hour remaining, Flick was back out running third, before handing over to Jonny for the race to the chequered flag.

Jonny found himself embroiled in a thrilling battle for second position with Phil Keen’s Lamborghini. Lap after lap Jonny pressured and pushed to make a pass, but ultimately had to settle for third position after a great race and team tactics from the Optimum Motorsport team.

With 79.5 points on the board, Flick and Jonny are fourth in the drivers’ championship, just half a point shy of third position and only 21.5 from the championship lead with three rounds remaining.

“It’s been a very strong race and it’s good to bounce back after Snetterton and we’re now right back on the money, which is pleasing,” stated Team Principal Shaun Goff. “The team did a great job with the strategy and Flick’s pace certainly contributed significantly to the podium position.

“It’s great to get back on that podium and it boosts the morale of the whole team after Snetterton and now we look forward with optimism to Spa.”

Meanwhile, in the Ginetta GT5 challenge, the team fielded four cars with Connor O’Brien finishing a fine third in the opening race of the weekend, only to be deemed to have exceeded track limits and he dropped to fifth position in the 52-car field. Backing up the pace of the Optimum Motorsport programme, Geri Nicosia finished third in the second and final race.