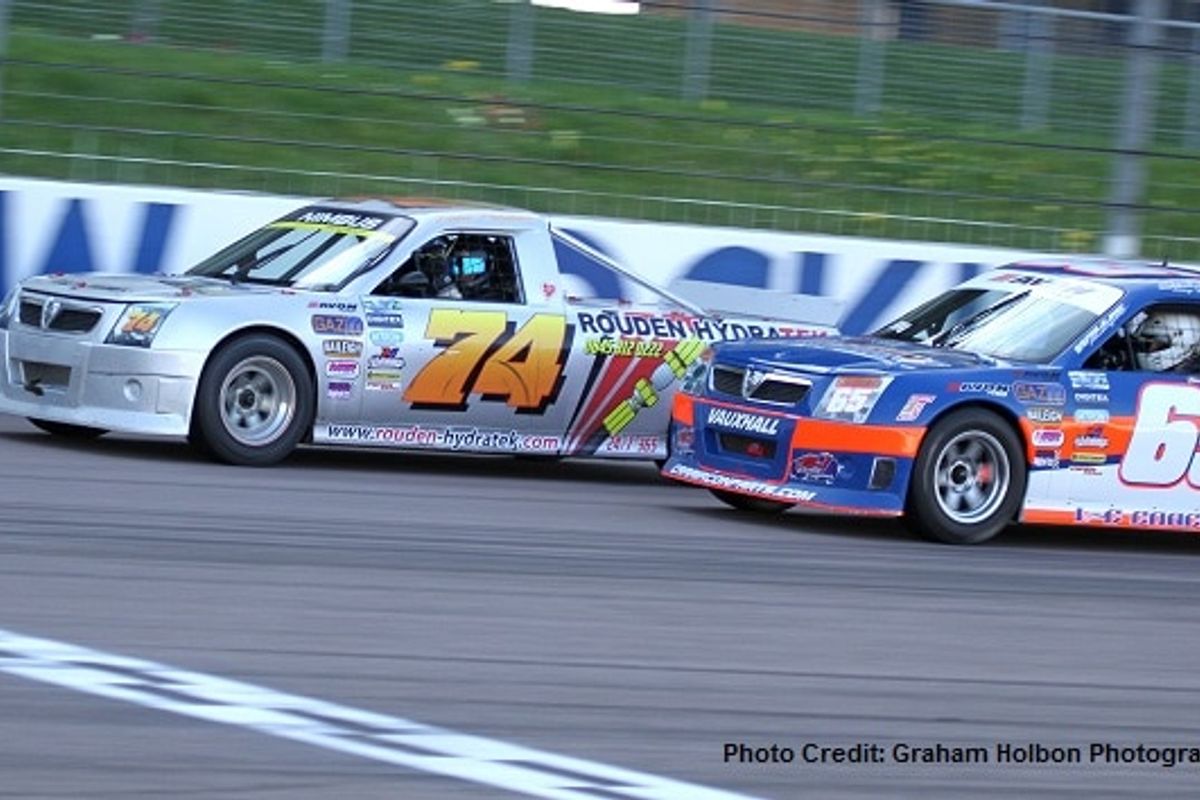 IT’S another first this Saturday (June 16) at Rockingham as the Northamptonshire circuit hosts its first of two sets of evening races courtesy of the awesome Pickup Truck Championship.

Headlining the British Automobile Racing Club (BARC) race event, the American-style racers return to the UK’s only banked oval for the first time this season following last month’s (May) successful debut on the Rockingham infield.

This is the first of two rounds of the Rockingham Championship, which will culminate in a winner takes all Grand Final on September 22/23. In total the Pickup Trucks will feature at four of the six BARC race meetings scheduled at Rockingham, including the evening of August 4.

Always a favourite with the home crowd, spectators will get a taste of the adrenalin-fuelled action during the day’s free practice and qualifying sessions, before the drivers battle it out over a total of 60-laps in two hotly contested races on Saturday evening.

Reaching speeds close to 150mph around the oval and the trucks running mere inches from the concrete wall, fans will be watching the action with gritted teeth as the traditional gladiatorial game of cat and mouse is played out.

So who are the ones to watch out for? A large number of the established star drivers will be in attendance which then asks the question who will be collecting the coveted silverware?

Three-time champion Mark Willis in the #65 truck is reigning King of the Rock, although he has not had a good start to the 2018 season, he is always a strong contender. David O’Regan (#8 truck) was the last winner on the Oval in 2017, so expect him to be in the mix too.

Mel Collins (#27) has proven to be quick in the past as has Neil Tressler (#37), however neither have been in their trucks since last November. While Paul Tompkins (#12) just loves racing on the Oval as does Michael Smith (#93). While championship leader Lea Wood scored a race win and second place during May’s visit and will be looking to extend his lead at the top of the standings.

There will be a total of 14 races throughout Saturday with the Classic Touring Car Championship, Junior Saloon Car Championship and South East Centre Intermarque Challenge, joining the Pickup Trucks on the BARC bill.

All races will be held on Rockingham’s 1.94-mile International Super Sports Car Circuit, except the trucks. The track action starts with qualifying at 09:00 and runs right through to 21:30 when the Pickup Trucks bring the event to a close.