Optimum back and winning as GT Open travels to Spa-Francorchamps 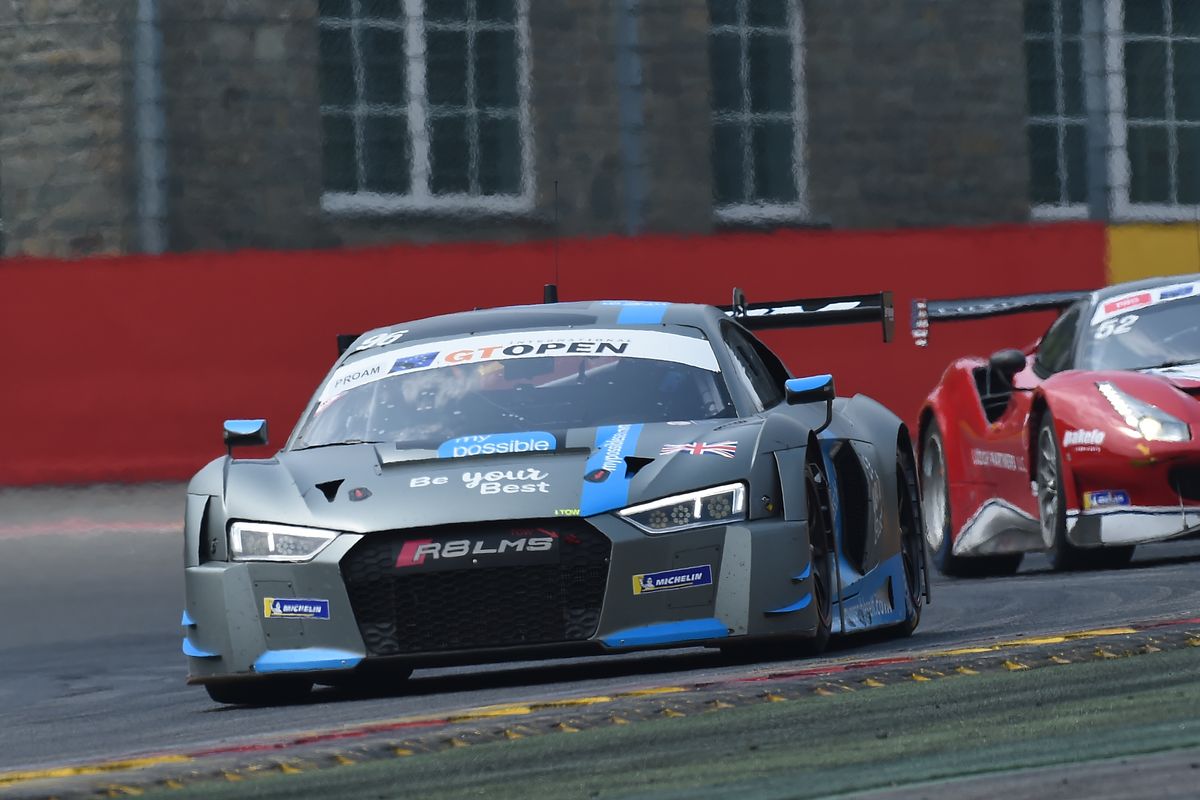 Following the disappointment at Estoril where a gearbox issue denied the team the class win on the last lap, Optimum Motorsport were back in action as the International GT Open Championship regrouped at Spa-Francorchamps for round three last weekend (9-10 June). Quite a weekend it proved to be too, with Ollie Wilkinson and Bradley Ellis secured first a podium position in the Pro-Am class and then a victory at the wheel of the #96 Audi R8 LMS.

The first race saw Bradley make a great start from 12th overall on the grid, gaining positions as his rivals ran wide on the exit of La Source to run seventh on the run to Les Combes. Bradley gained another position mid-lap but as the field bunched for the final chicane, he was hit from behind by the #993 Ferrari, tipping him into a spin and losing him second in the Pro-Am class.

Bradley resumed in 22nd position overall, over half a minute behind the race leader with hopes of a podium at that point seeming slim. He continued to battle on however, making gains by the lap and running late into the pit window before pitting from fifth in class and handing over to Ollie.

The second segment of the race played out well, with Ollie re-joining 11th overall and fourth in class. A solid stint followed before he took the chequered flag third in class, 12th overall, to record a significant first podium in the International GT Open Championship. Better yet was still to come.

Ollie lined up 21st overall, sixth in class for the second race of the weekend. Again, taking a tighter line through the first turn which gave him speed towards Eau Rouge and carried that onto the Kemmel Straight resulting in a five-position gain in the first half of the first lap and remaining sixth in class.

With just under 60-minutes remaining, Ollie got his head down, maintaining his position and running with the pack before pitting and handing over to Bradley at mid-distance of the 60-minute race. The Bradley resumed sixth in class.  As his rivals pitted completed their pitstop cycle, Bradley was in the top ten overall, but crucially had and picked off his class rivals and with a pass on Marcelo Hahn’s Mercedes, took the lead in the closing stages to make it a memorable and well-deserved win in the Championship.

“I’m extremely proud of the hard work the team and drivers have put in to get the results at Spa,” said team principal Shaun Goff. “Brad’s pace against the manufacturer works drivers was exceptional and Ollie’s limited experience around Spa improved massively. But the hard work must continue as another new circuit for us in the shape of Hungaroring is up next.”