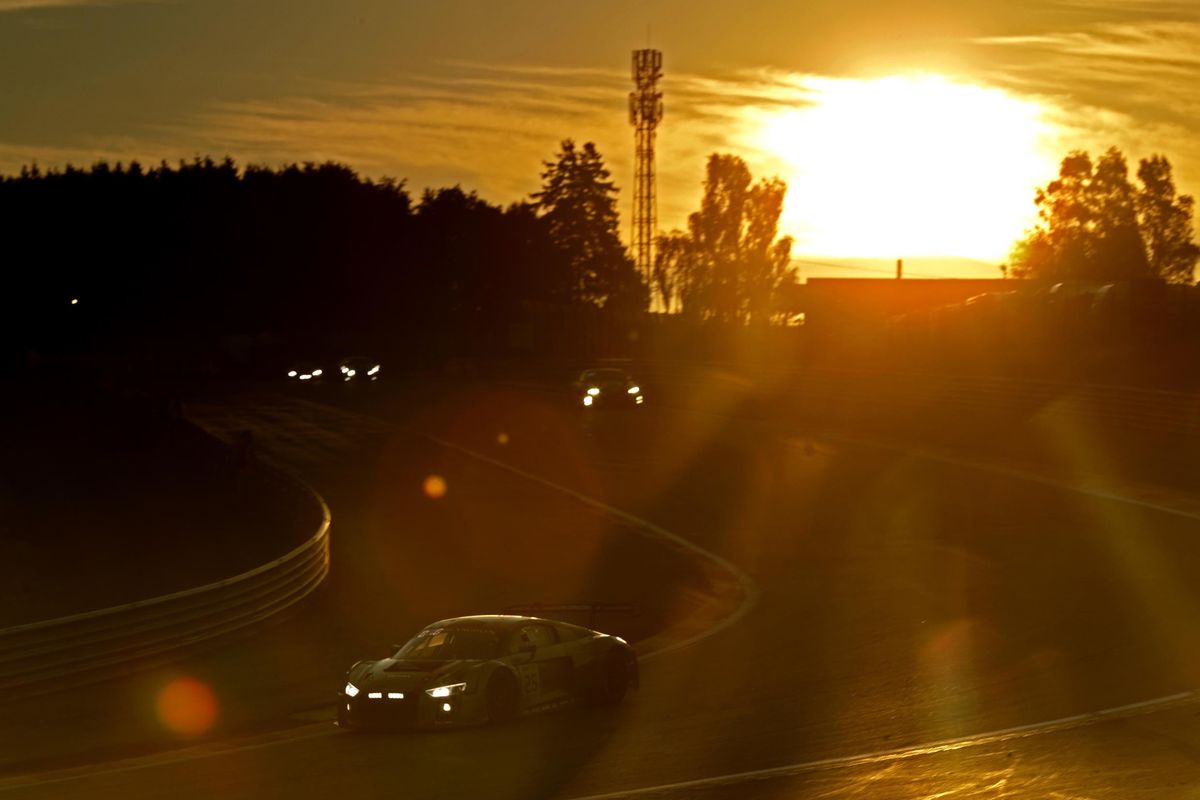 The Spa 24 Hours from July 26 to 29, 2018 is marked by two anniversaries: While Audi Sport customer racing celebrates its tenth season, the 70th running of the iconic endurance race in the Ardennes attracts a high-caliber field. With eleven Audi R8 LMS cars Audi Sport customer racing will be battling for the fifth overall victory and class wins together with its customers in the anniversary edition of the Spa 24 Hours. Some 60 race cars from twelve marques represent the largest worldwide GT3 field.

This driver trio is leading the Blancpain GT Series Endurance Cup standings after three of five rounds. Swiss Audi factory driver Marcel Fässler will enter the race in a privately fielded third Audi of the WRT racing team that will additionally enter a fourth R8 LMS. Six other private Audi R8 LMS cars complete the lineup. Saintéloc Racing will be battling for class victory in the AM category with one car. Montaplast by Land-Motorsport relies on South African Audi Sport driver Kelvin van der Linde, among others.

In Team Attempto Racing, Audi DTM driver Jamie Green (GB) and Audi Sport driver Pierre Kaffer will be racing in two different cars. Team Car Collection Motorsport, in Audi Sport driver Frank Stippler, has the 2012 winner on board. Furthermore, Aust Motorsport is planning to enter an Audi R8 LMS. Whereas Audi Sport has won the classic event four times since 2011 the drivers from Audi Sport customer racing combined have previously scored three victories. In addition, there are the two victories clinched by René Rast plus one success by Marcel Fässler.

The Spa 24 Hours as round four of five is part of the Blancpain GT Series Endurance Cup. At the same time, the event is the second of four events of the Intercontinental GT Challenge which Audi, following victory at the opener in Australia, is leading with Robin Frijns, Dries Vanthoor and British privateer Stuart Leonard.

“Spa this year has all the ingredients of becoming the biggest GT race of the year,” says Chris Reinke, Head of Audi Sport customer racing. “For four days, international GT racing and its outstanding audience are going to focus their attention on Belgium. We’re hoping to deliver a tremendous motorsport weekend to the many fans and to be battling for overall victory, class wins and the Coupe du Roi for the best manufacturer.”