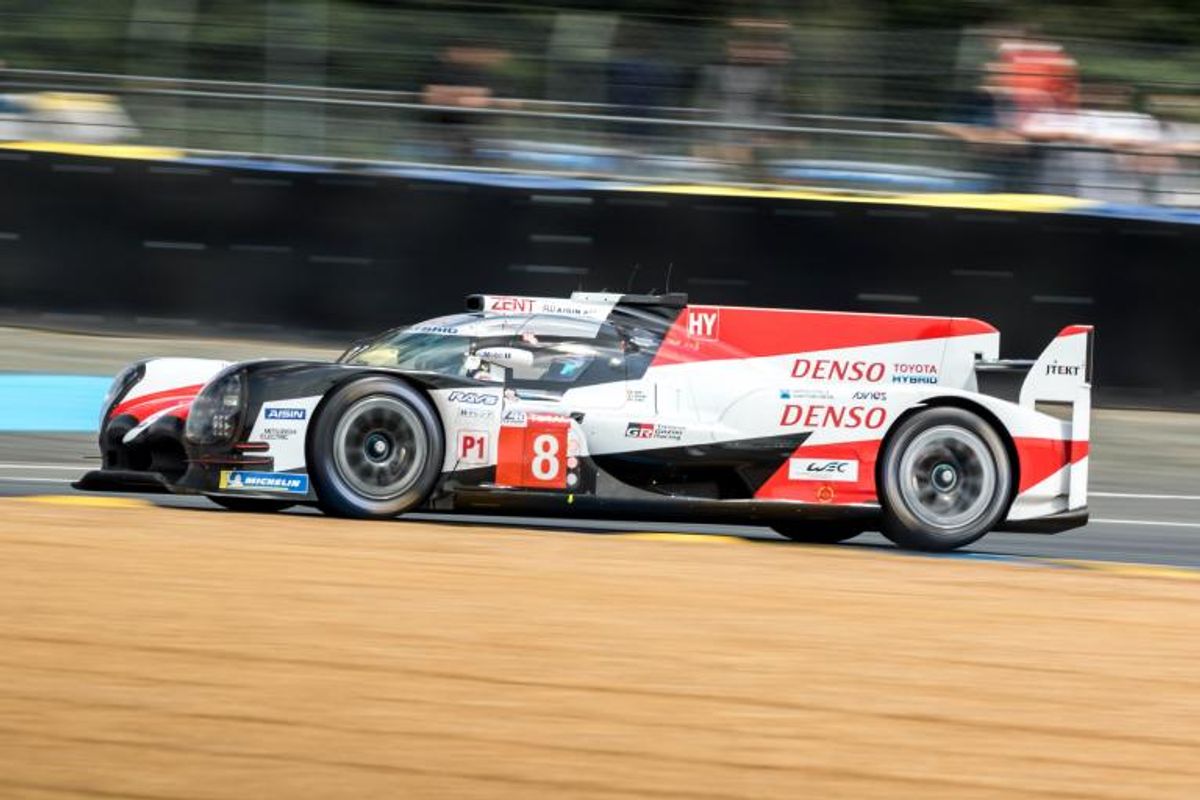 Wednesday's free practice was the chance for teams to rack up a few laps, get to know the track inside out and tweak their cars’ settings. Then, at 22:00 the pressure turned up a notch in the first 2-hour qualifying session with a best time booked by the #8 Toyota leading the charge. The two TS050 Hybrids fielded by the Japanese manufacturer have the front row locked (for now).

Qualifying at the 24 Hours of Le Mans is always unique and the first session on Wednesday was no exception. Competitors must prepare an endurance race while doing everything they in their power to improve their times.

Fernando Alonso took the wheel for his first night-time session at the 24 Hours circuit at 22:56. The Spanish driver got a taste of the magic of Le Mans, including the Mulsanne Straight and the Porsche Curves in limited lighting.

In LMP2, a Franco-French duel drew the attention of spectators watching the qualifying session. The TDS Racing team initially took the lead with IDEC Sport close behind, but then they switched positions. G-Drive Racing, DragonSpeed and Signatech Alpine round out the top 5. The lap times clocked in the class are similar to previous editions, however the 2017 pole time (3:25:352) has been beaten.

In LMGTE Pro like in LMGTE Am, Porsche dominated this first qualifying session, but not without some real concerns. Gianmaria Bruni (#91 Porsche 911 RSR) is fastest in LMGTE Pro, but just as the session began, he missed his braking at the Dunlop Chicane and went into the gravel trap, quickly removed by the track marshals and placed in a safety zone for the remainder of the session.

The Porsche 911 RSRs did well but they also had their difficulties, particulary in braking zones, including several incidents (Matt Campbell and Romain Dumas).

Competitors in the LMGTE Pro class are quicker than ever. The top 13 are (already) faster than pole position in the class last year (clocked by Darren Turner with an Aston Martin Vantage GTE in 3:50:837).

Will Nakajima hold on to pole position?

Standings at the end of Qualifying session 1: