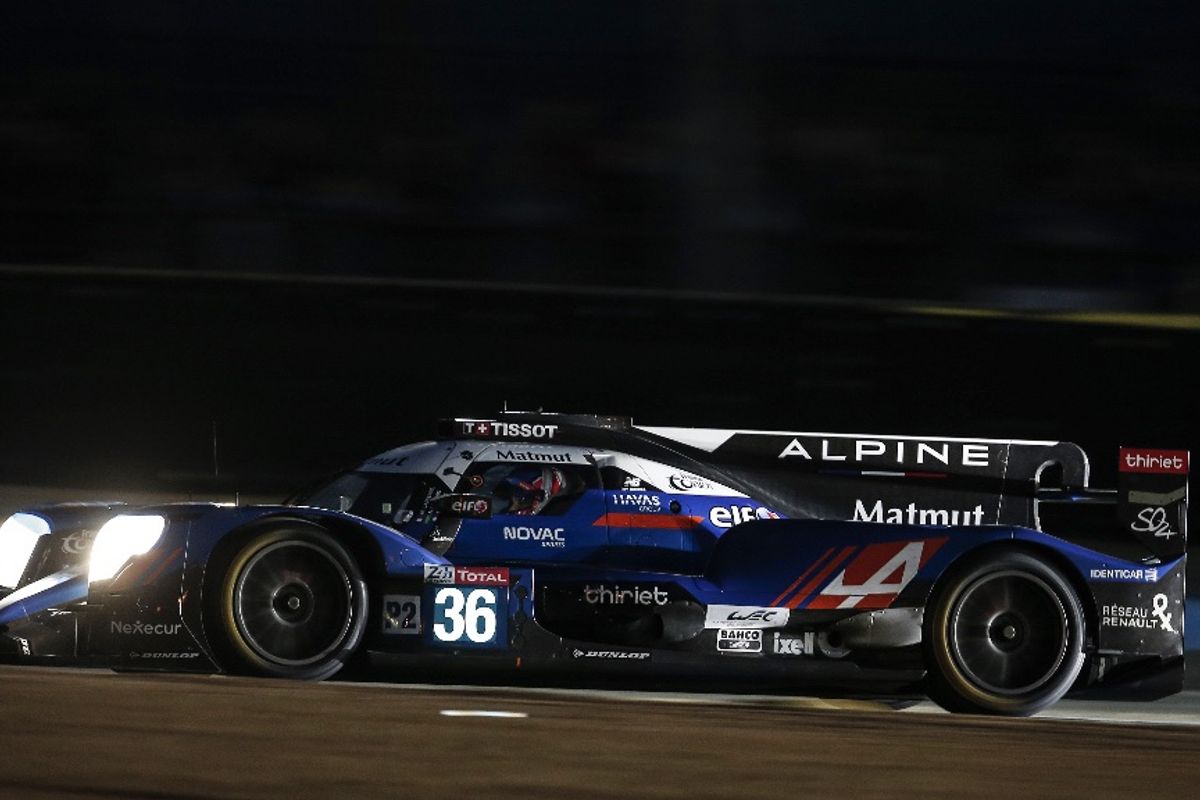 The n°36 Alpine A470 will start 6th in the LMP2 category.
Nicolas Lapierre, André Negrão and Pierre Thiriet believe they have a well-balanced car for the race that starts Saturday at 15:00.

Following the first qualifying session Wednesday night, the field had two more sessions to set the starting grid for the 86th 24 Hours of Le Mans.

During the first session of the day at 19:00, Nicolas Lapierre was charged with improving on the time set yesterday. After 20 minutes, the Signatech Alpine Matmut driver was on a flyer when the red flag was shown for a GT car that went off circuit.

When the action resumed, Nico returned to the business at hand in the famous search of a ‘clean lap’, where the racing line is clear all along the 13.626kms. It nearly came when he suffered suspension damage going over a kerb. The car spun and Nicolas had to slowly return to the pits with a puncture.

At the same time, another LMP2 went off bringing the premature and definitive interruption of the session. After the protective walls were put back in place, qualifying resumed at 21:30 for a two and a half hour session.

The Signatech Alpine Matmut mechanics took the time to verify the repairs on the Alpine A470 were perfect before allowing Nicolas Lapierre to go back out.

Nico then handed over to André Negrão, who then tried to improve the best time of the n°36 crew. However, the track conditions didn’t allow him to do so and he then left his place to Pierre Thiriet.

With less than an hour remaining, light rain turned into heavy showers near Mulsanne. Pierre couldn’t avoid a spin at Indianapolis, but was able to bring the car back to the pits undamaged.