Golden boots, could sportswear retailers score a goal for investors 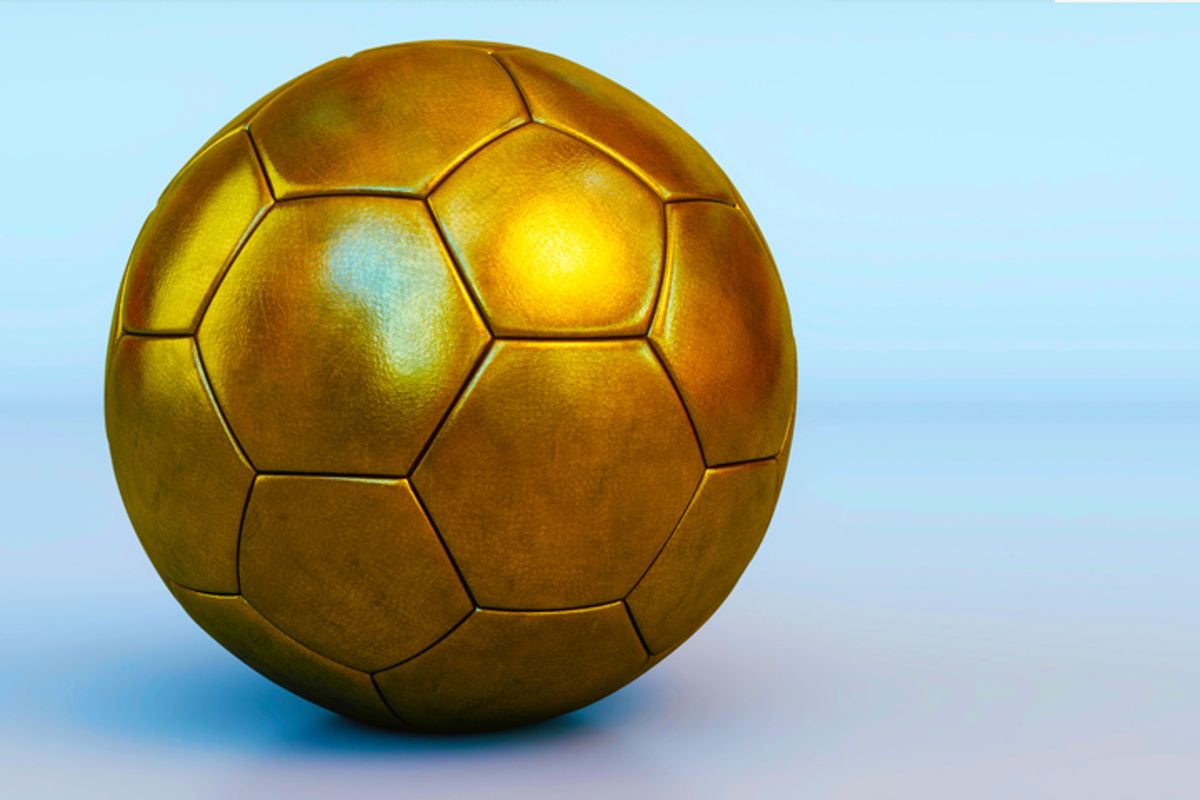 As the World Cup gets underway in Russia, could sportswear retailers be in line to score a goal for investors?

Even without teams from the US and China, this year’s World Cup is expected to be a financial phenomenon. The 2014 tournament was watched by more than 3.2 billion people and generated revenues of $4 billion.1 This year is expected to be more profitable still.2

For some onlookers, the biggest clash at the World Cup is not France v Spain or Germany v Brazil – but Nike v Adidas. The German sportswear giant Adidas has pipped Nike 12 – 10 to secure the most shirt deals at this year’s tournament; moreover, Nike had to reveal that it was pulling out of providing boots to the Iranian national team in order to avoid heavy fines under President Trump’s new trade sanctions. Yet between them, the two sportswear giants will be dressing more than two thirds of the players.

Providing they can dodge any further political interference in the tournament, sports apparel companies are likely to be one of the biggest beneficiaries of the quadrennial showpiece. The fact that most of the players looking to play the killer pass or score the winning goal will be doing so in Nike or Adidas boots exemplifies the dominance these two brands have in their sector.

“Adidas has captivated the hearts of consumers globally through endorsements of top teams and this creates a high degree of brand loyalty which enables pricing power. The World Cup provides an opportunity to drive sales for a global audience,” says Brian Vollmer of Select Equity in New York, the co-manager of the St. James’s Place Global Growth and Worldwide Managed funds

Indeed, Adidas has not limited itself to kitting out the players. It is also manufacturing the World Cup ball, the ‘Telstar’, as it has done at every tournament since 1970 – and it is one of the seven official FIFA Partners for Russia 2018.

In many respects, a World Cup boost would be a continuation of a recent growth story for Adidas’; in 2017, its operating profit rose 31%, while sales were up 12%.3 Select Equity was able to benefit from Adidas’s success and took up a sizeable position in 2016 following the appointment of CEO Kasper Rørsted. Rørsted is especially positive on the outlook for the company in the North American market where sales have increased by over 20% for the ninth successive quarter.4

The strong performance of Adidas will certainly be of interest to Nike. The US sports giant will be providing the kits for England and Brazil (amongst others) at this year’s tournament and its boots will be worn by a number of household names, including Cristiano Ronaldo. Although its sponsorship of the World Cup does not extend as far as that of Adidas, Nike appears to have taken a different approach, targeting top teams and stars instead of spreading itself more thinly across the many advertising and marketing opportunities.

Nike is a high conviction stock for Sands Capital, managers of the St. James’s Place Global Growth and Global Equity funds. David Levanson, a fund manager at Sands, believes that the branding impact of the World Cup is reducing as a result of digitalisation.

Moreover, the sums that companies pour into the World Cup limit net gains.

“Sales growth is offset by the marketing expenses companies use to promote their brand in a World Cup year and therefore it is not a specific return driver we look at in a fundamental assessment of a company’s financial health” says Brian Vollmer.

In the past, Nike and Adidas have seen a material impact linked to the World Cup Finals; in 2014, Nike’s first-quarter income increased by 23%.5 However, reservations persist over whether this year’s edition in Russia will be quite so profitable due to the political outsider status of the country and the struggles it has faced in finding sponsorship deals.

With this in mind, Nike and Adidas may already have one eye on future World Cups – on Wednesday, the USA, Mexico and Canada won the rights to host the 2026 tournament, which is already being billed as having the potential to be the most lucrative World Cup ever.

The value of an investment with St. James's Place will be directly linked to the performance of the funds you select and the value can therefore go down as well as up. You may get back less than you invested.

The opinions expressed are those of the managers referenced and do not constitute investment advice. This is not a recommendation to purchase, sell or subscribe to financial instruments, an offer to sell investment funds or an offer of financial services. This does not constitute a Financial Promotion as defined by the Financial Conduct Authority. No financial decisions should be made on the basis of the information provided. The views are not necessarily shared by other investment managers of St. James's Place Wealth Management.