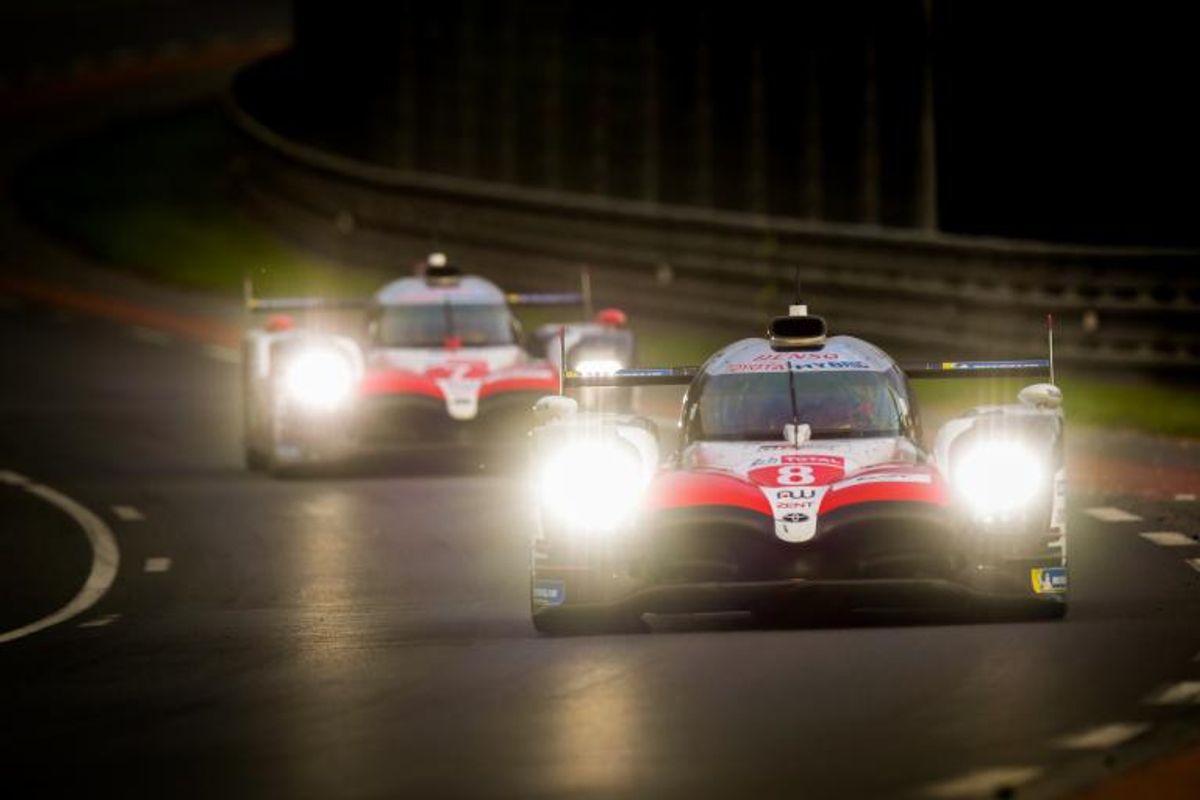 Day has dawned on the 86th 24 Hours of Le Mans. Everything seems to be going to plan in the Toyota camp as the two cars are still in the lead

Four cars are contenders for the LMP1 podium. The two Toyotas have a comfortable lead, followed by the two Rebellions. The gap between the two Japanese cars did vary during the night but was never sufficient to say that one had got the upper hand over the other. Apart from a mechanical failure, it seems unlikely anything could prevent Toyota from a one-two finish. But this race is unpredictable and the Japanese manufacturer will be taking no chances. Both Rebellions made rapid stops in this hour but the #1 and #3 are proving reliable and able to sustain a good pace. The #3 of Laurent/Beche/Menezes is currently ahead of the #1.

In LMP2 the top three has not changed for several hours. The G-Drive Racing #26 Oreca 07-Gibson leads the way ahead of the #23 Ligier JS P217 fielded by Panis-Barthez Compétition which is hot on its heels, in the same lap. In third place, Lapierre, Negrao and Thiriet have put the Signatech Alpine Matmut #36 Alpine A470 a lap ahead of the Idec Sport #48 Oreca 07-Gibson.

Of the four Porsches, only two remain, but they are leading the LMGTE Pro field. Having shown some fine form, the #81 BMW M8 has fallen behind, with the #68 and #67 Ford GTs stepping up the pace. For the moment then, the LMGTE Pro class is a wrangle between Porsche and Ford.

In LMGTE Am, four cars are still in the same lap but with significant gaps between them and the order does not look set to change. In the lead, Porsche again, in the shape of the Dempsey-Proton Racing #92 Porsche 911 RSR which has led the class pack since the third hour of the race. Two Ferraris follow, the #85 fielded by Keating Motors and the #54 Spirit of Race. They are keeping the pressure on but do not seem dangerous enough to steal the top spot.
Top 3 in each class at 07:00