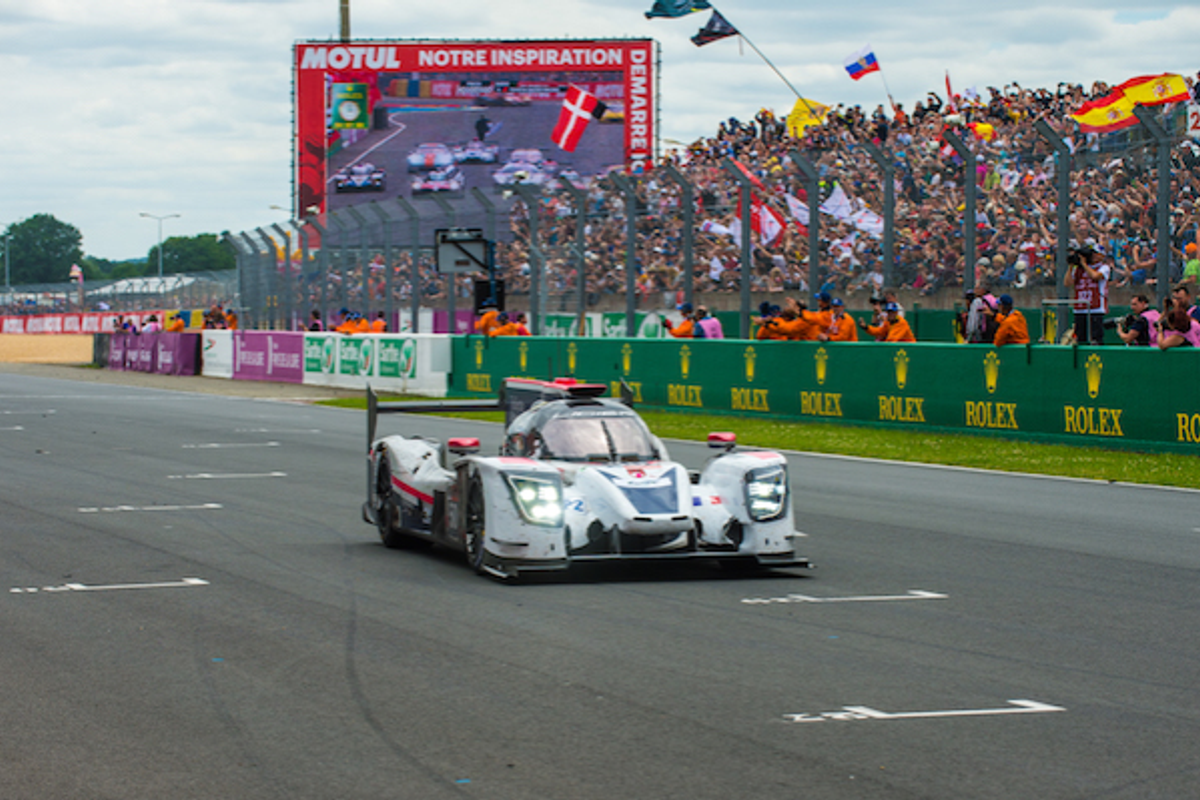 The French team is also part of the 2018/19 FIA World Endurance Championship ‘Super Season’, and will collect seventh-place points, which are given as 1.5 times the usual amount for the twice-around-the-clock event.

Romano Ricci, Erwin Creed and Thomas Dagoneau each took turns on board the Onroak-prepared LMP2 machine, and ran smoothly up until the early hours of Sunday morning when a series of issues dropped the Val de Vienne-based squad back down the order.

After qualifying the car 19th in class, Ricci took the start of the 86th Le Mans 24 Hours and climbed inside the top-15 during his triple stint, before handing over to Creed for his first taste of the Le Mans 24 Hours.

The Frenchman continued to improve throughout his triple stint, before handing over to Dagoneau just after a lengthy safety car period. A build-up of rubber in a brake duct delayed the pit stop though and, with the field so bunched up, the team lost a number of positions whilst they attended to it.

Quick work by the mechanics ensured they minimised the time lost and the three drivers went on to complete clean triple stints as the sun set over the 13.6 km circuit, with Ricci clocking the team’s fastest lap as they ran on the cusp of the overall top-20.

However, an alternator issue as the race reached half-distance saw Dagoneau bring the #50 in for repairs, with the mechanic’s once again doing a stellar job to get the car back out after more than a 30-minute stoppage.

A slow puncture then followed, before the Alpine hit them from behind, breaking the rear-light and providing another setback for the team.  In the morning, Ricci spun and had contact with the barriers on the entry to ‘Karting’. The Frenchman nursed the car back to the pits after being recovered from the gravel, with Jack Leconte’s team able to get the front and rear repaired whilst holding onto 17th in class.

Ricci finished his final stint in the car without any further problems before handing over to Dagoneau, as the race closed on the final few hours. With the priority on finishing the 24 hours, the 35-year-old kept it smooth before Creed took over for the team’s last stint.

Other than a minor spin in the final hour, the Le Mans debutant produced another solid stint, before taking the chequered flag, marking the end of the 2018 running of the French endurance classic.

Jack Leconte: “Twenty-four finishes in 25 Le Mans participations for Larbre Competition is quite an achievement and shows that our team’s intense preparation pays off. We also received the ESCRA prize just before the finish, which rewards the best technical team during the Le Mans 24 Hours.

“What really cost us in this race was when the alternator cable broke, which is difficult to access, as it’s behind the engine. The slow puncture only lost us a few seconds in the pits, but then an Alpine made contact with our rear, breaking the light and meaning we had to stop again to fix it. Romano went off the track this morning when he rode a kerb and got pushed out wide. There is now more run-off in this corner, so this small mistake was not terminal but there was quite a lot of damage. We lost 17 minutes making the repairs, plus the time to come back into the pits. Overall, I am happy with the performance of the team, as despite these issues we showed great resilience.”

Romano Ricci: “The start was the best moment of the race, but I also had a lot of emotions at the finish and it was very moving, I had tears in my eyes. Competing at Le Mans requires a lot of addition help, like from my sister for the organisation, Jack for the sporting side, me for the physical preparation, as well as the financial investment, partners, communications, all purely for passion. At the finish I also remembered my dad, with whom I raced alongside during my first Le Mans 24 Hours, and who died eight months later. Also to race with my best friend, who drove very well, was something special. We have known each other for 35 years and to do Le Mans has always been our dream. I do not think it will be my last race here, we will have to come back.”

Erwin Creed: “I am delighted that we have reached the finish. It is a very special moment for me, a dream come true and I cannot wait to be back next year! The race was not easy, we have made some mistakes and also had a few technical issues, but the team’s performance was outstanding and they always put us back on track. I really enjoyed myself, especially during my night stints. I’d like to say a big thank you to Jack and the entire Larbre Competition team for this great opportunity.”

Thomas Dagoneau: “I am happy to have completed the race, which is a victory in itself. I am also very proud with the progress, we were all close to each other in terms of lap times. I enjoyed this Le Mans more than the first one, as I was able to take in each moment, whereas on my first time the sheer size of the event dazzled me. I approached the build-up and race differently this year. There was also a great atmosphere within the team, the mechanics did a great job, and Jeremy Bordes (Osteopath) and Laurent Beuvin (Osteopath and Doctor) were unbelievable. I am relieved it did not rain like in 2013, it is much easier in dry conditions. My best moment was my first triple stint, I was immediately on the pace and did good lap times.”

Larbre Competition will next be in action for the third round of the 2018/19 FIA World Endurance Championship at Silverstone (17-19 August).