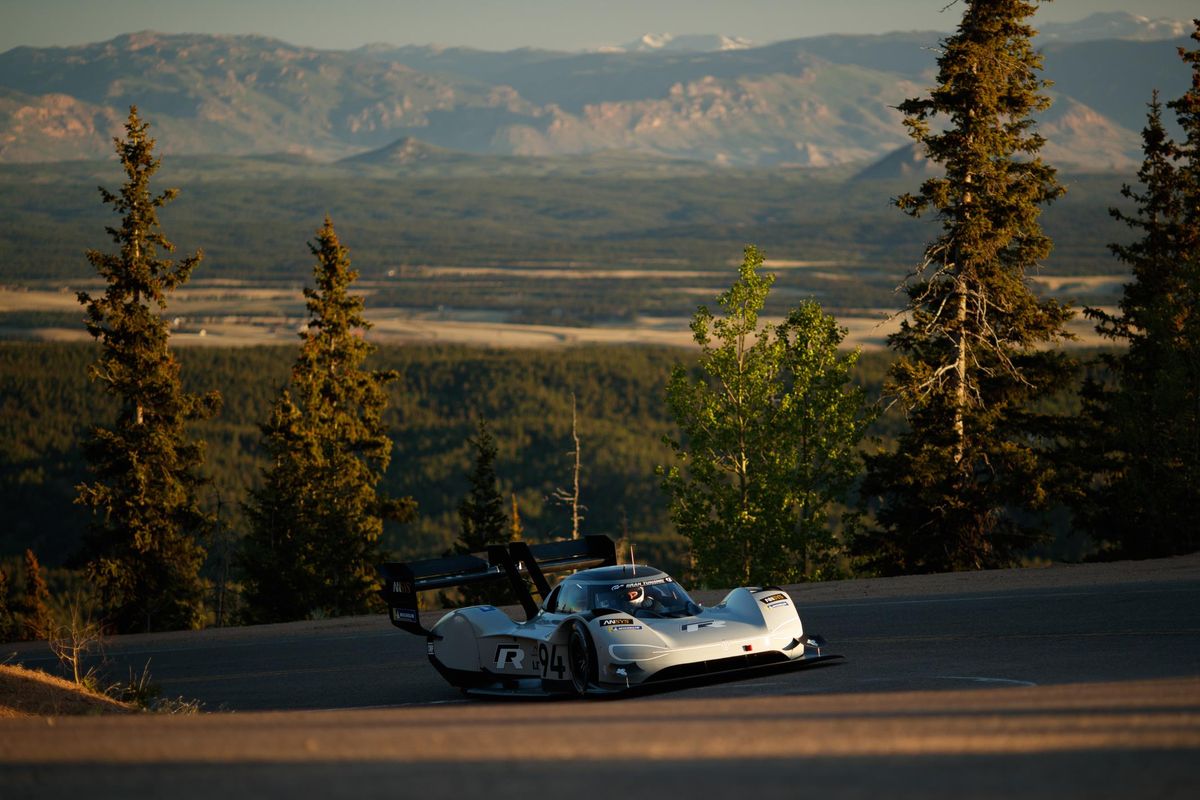 It is just one week until the start of the 2018 Pikes Peak International Hill Climb. The race week at the most famous hill climb in the world kicks off with the technical inspection of the participating cars in Colorado Springs (USA) on Monday (18 June). This is a must-attend appointment for the I.D. R Pikes Peak – Volkswagen’s first fully-electric racing car. Official practice gets underway just one day later. At the wheel of the prototype, which generates a system performance of 500 kW (680 hp) will be Frenchman Romain Dumas. The three-time Pikes Peak winner’s mission is to set a new record in the class for electric vehicles. That record currently stands at 8:57.118 minutes.

Dumas and the I.D. R Pikes Peak get down to the really serious business on Wednesday, 20 June, when the starting order for the race will be determined in qualifying. The race itself begins on Sunday (24 June) at 08:00 local time (16:00 CEST). First up are the 24 motorcycles, which will compete in nine different classes. They are followed by 67 cars in six classes. The competitor with the fastest time in qualifying will be first onto the route.

Romain Dumas (F), Volkswagen I.D. R Pikes Peak #94
“The I.D. R Pikes Peak is the best car I have even driven up this mountain. However, everything must come together perfectly in the race, as we only have one attempt. If anything goes wrong, it is game over. If we get a puncture, I cannot simply come into the pits, change the tyre, and then head back out onto the track. On Pikes Peak, months of work, and with it any hopes of victory, can go up in smoke in a matter of seconds. During the race week, I work together with the team on the final details, in order to optimise the set-up and allow us to break that record.”