Jorge Lorenzo hammers in another superb win at Catalan MotoGP 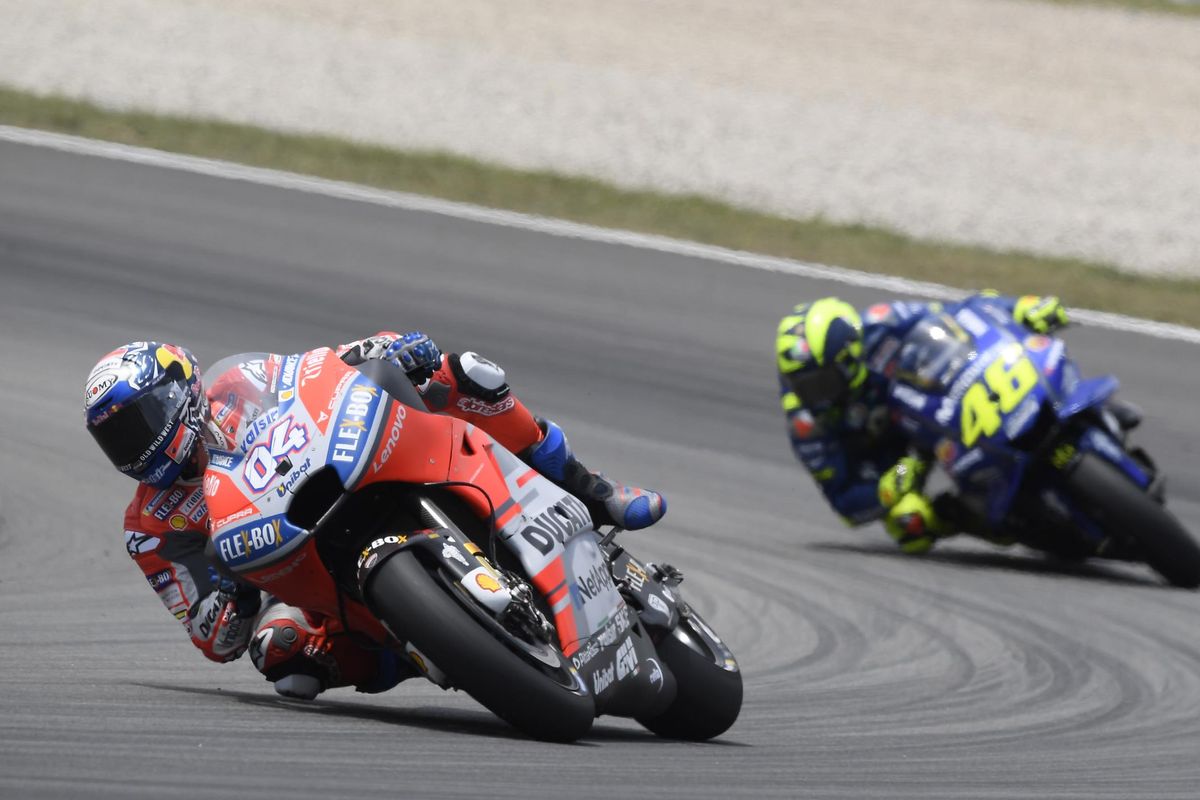 Andrea Dovizioso forced to retire after a crash

Two weeks after his Mugello triumph, Jorge Lorenzo  made it two in a row Sunday by winning the Catalan GP at the Montmeló circuit. The rider from Mallorca, who started from pole, moved into the lead of the race on lap 2 when he passed Marquez, and then firmly held onto that position right until the chequered flag, finishing over four seconds ahead of his Honda rival.

It was an unfortunate race for Andrea Dovizioso, who also started from the front row after going third-quickest in qualifying yesterday. The Italian crashed under braking for Turn 5 when he was in third and had to retire.

Lorenzo has now moved up to seventh place in the overall standings on 66 points, followed by Dovizioso with the same haul, while Ducati now lie second overall in the Constructors’ championship with 132 points.

The next race of the MotoGP World Championship will be in the Netherlands, in two weeks time, at the Assen circuit for the Dutch TT from 29th June to 1st July.

Jorge Lorenzo (Ducati Team #99) - 1st
“Today’s win was really fantastic! We showed that we can win not only by entering the first turn in first place, but also by recovering and overtaking the others. It was actually a complicated race because I got off to a bad start and lost a lot of metres to Marquez, but I told myself that the race was long and I had to keep calm. It wasn’t too difficult to take Marc, because I had that little bit extra under braking, but he stayed pretty close to me right down to the flag. Now we’ve got a very competitive package and I think that this is the most complete Ducati bike of all time: both Dovi and I this weekend have always been competitive. We must capitalize on this situation because the Desmosedici works well at virtually every track, it doesn’t consume the tyres too much, and this is a big advantage. Now let’s enjoy this win and then we’ll think about the next race.”

Andrea Dovizioso (Ducati Team #04) - DNF
“The crash was my fault because I was pushing hard because I didn’t want to lose contact with Jorge and Marc. Unfortunately, in the race there wasn’t as much grip as in the morning and I wasn’t able to ride in the same way. I didn’t expect that, I came into the turn too quickly and crashed under braking. A real pity because once again here we were fast and we could have scored a lot of points, but now we can only look ahead because we know we are fast everywhere, and even though we still have to improve several aspects, we are always fighting for the win. We’ll start to think about the championship when the time comes, but for the moment we’re only thinking about winning races.”

Luigi Dall’Igna (Ducati Corse General Manager)
“I am very pleased because here at Montmeló we were fast with both our riders throughout the entire weekend. Jorge was great and to see him ride this way, for everyone who loves our sport, is something really fantastic. I’m disappointed for Andrea, who was doing a good job, but in any case we’re satisfied because our performance in the last two races make us feel confident also for Assen and for Sachsenring, two tracks that are normally not so favourable for us.”