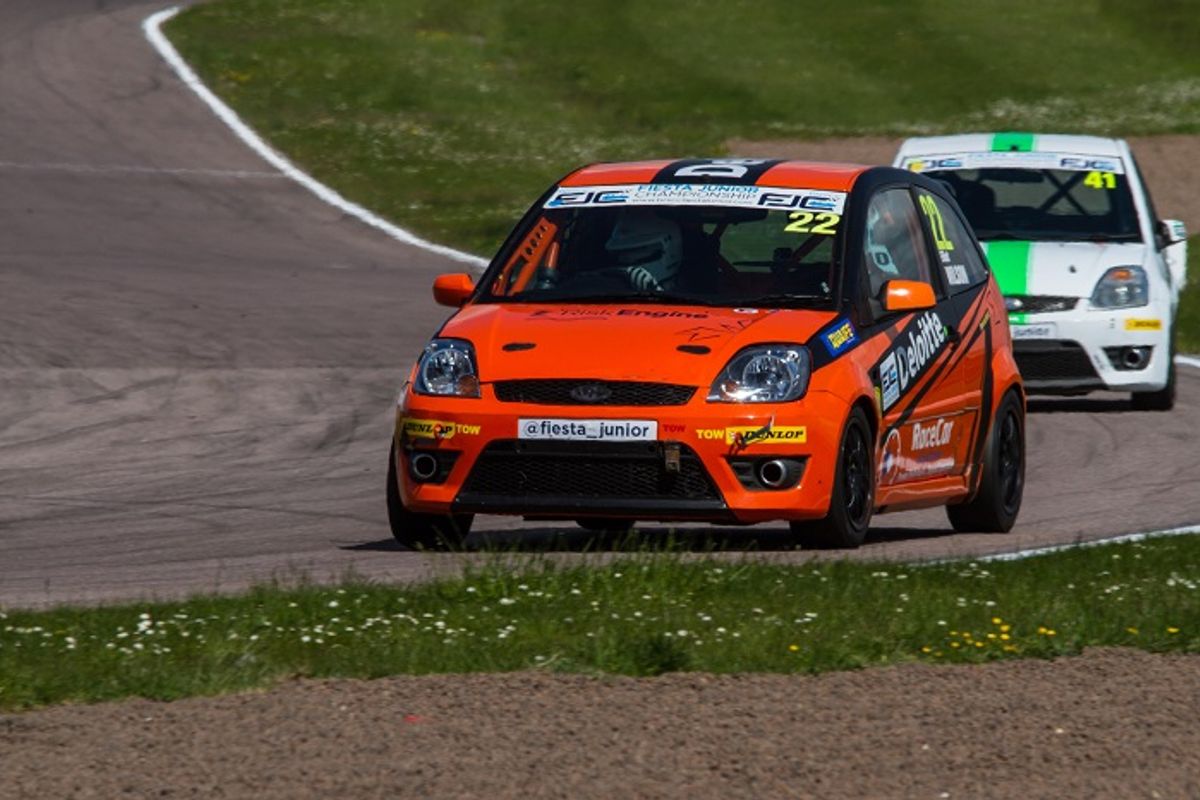 MOTOR racing continues at Rockingham this weekend (June 23/24) with the third of three back-to-back club race meetings, and it’s the British Racing & Sports Car Club (BRSCC) which completes the hat-trick of June events at the Northamptonshire circuit.

As always motor racing fans of all ages are in for a real treat as the BRSCC brings a mixture of saloons, sports cars and single-seaters with a great programme of 23 races from nine different championships on the 2.05-mile International Super Sports Car Long Circuit.

The Mazda MX-5 SuperCup is taking time off from its support championship duties to TCR UK, and has three races scheduled across the two days. Last time out defending champion Luke Herbert picked up a brace of wins, while 2016 champ James Blake-Baldwin took the Race 3 honours. So both look to be the main contenders for this year’s crown so far.

The points’ battle in the BRSCC Fiesta Junior Championship is already beginning to heat up with James Waite and Magnus Kriklywi bagging two victories apiece so far this season. Both will be looking to break the early deadlock of wins, so spectators can expect two hotly-contested encounters on Sunday.

One group of drivers who will love Rockingham’s combination of the fast oval banking and winding infield section will be those in the Speed Group F1000 Championship. Representing the single-seaters, these will arguably be the fastest cars of the weekend - blink and you’ll miss them!

The Boxsters and 924s of the Toyo Tires Porsche Championship have been regular visitors to the venue in recent seasons and will once again be out in force. They will be joined across the weekend by one of the fastest saloon car championship in the UK, the Speed Group OSS Championship.

Joining the BRSCC programme this weekend will be the drivers from two popular guest championships, Track Attack Racing Club and Drayton Manor Park MG Metro Cup. On Saturday, there will be two races catering for Track Attack’s Tricolore Trophy, Nippon Challenge and Multi Marques classes. On Sunday, the new Teekay Couplings Production GTi Championship will be flying the flag for racing club.

Advance adult tickets are priced at just £12 per day and admission for children aged 15 and under is FREE ensuring families can enjoy some of the best action from the British club motor racing scene at an affordable price.

As always at Rockingham all tickets include access to a grandstand seat offering panoramic views of the entire circuit, the pit garage roof and race paddock, which means there are no hidden costs. Advance tickets can be booked online at www.rockingham.co.uk or via the hotline on 01536 500500, option 1, until midday on Friday (June 22). Adult tickets will be available on the gate priced £16 per day.