BTCC races into Croft this weekend 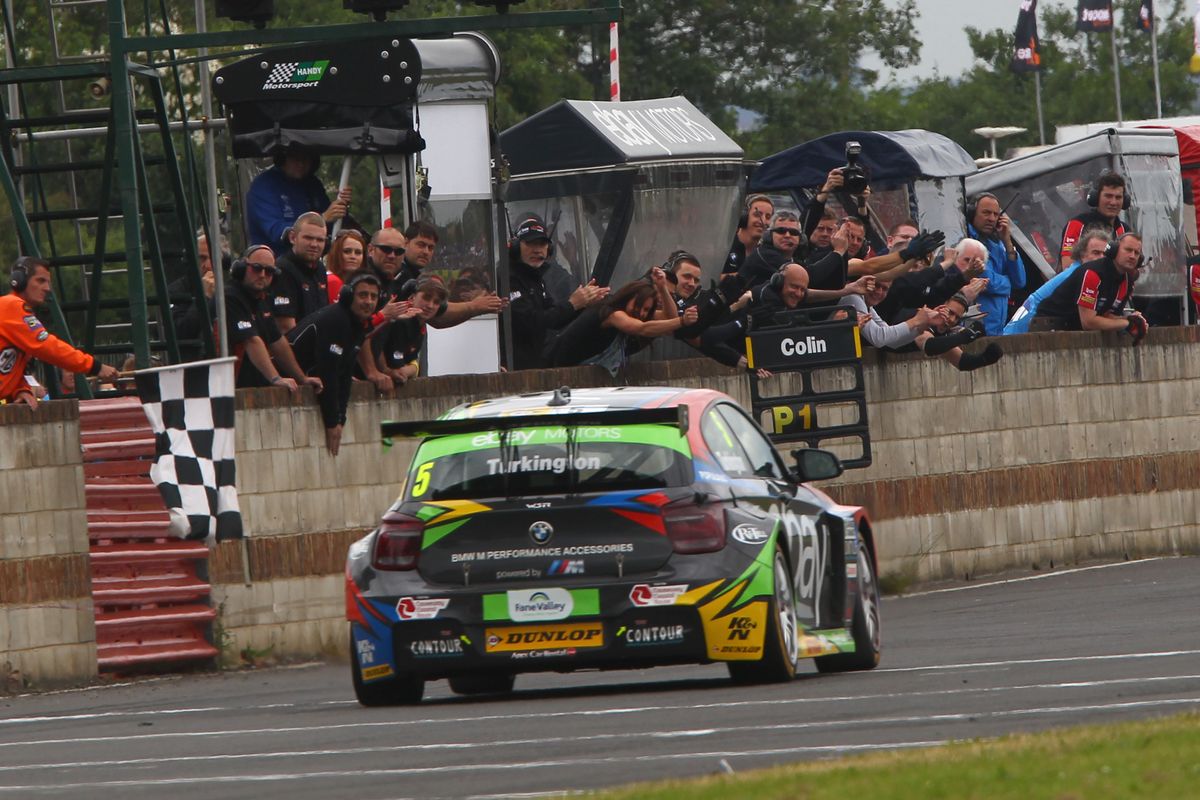 Fans will have ‘plenty to get excited about’ when the Dunlop MSA British Touring Car Championship races into North Yorkshire this weekend (23/24 June). That’s the prediction of Tim Harvey, as the 1992 title-winner forecasts more magic moments in the Croft Circuit story.

Croft first hosted the UK’s premier motor sport series all the way back in 1968 – then known as the British Saloon Car Championship – making 2018 the 50th anniversary of the circuit’s relationship with the BTCC.

That initial stint lasted until 1971, and while a major Croft regeneration in the 1980s meant the championship did not return to the north-east until 1997, it has featured on the calendar every year since, becoming a hugely popular stop on the schedule for competitors and spectators alike.

Harvey was on the grid for the 1997 event – one that very nearly didn’t go ahead due to rain flooding the circuit – and he has fond memories of the track.

“Croft always generates great action, with plenty of opportunities for overtaking and, dare I say it, incidents!” reflected the 16-time race-winner turned ITV4 commentator. “It’s a difficult circuit to master; the first half of the lap is a high-speed challenge, before you get to the Complex, where you need to slow it all down. There’s a bit of everything, which is what the drivers really appreciate.

“I always enjoyed racing at Croft, whether in the BTCC, Porsche Carrera Cup GB or my one-off outing in the Ginetta GT SuperCup a few years ago. The first year – 1997 – was certainly an interesting one. The one thing no venue can control is the weather, and Croft didn’t drain well back in those days – it’s much, much better now – but it’s testament to the circuit’s strength-of-character that the race meeting went ahead and went well, and Croft has remained a favourite on the BTCC calendar ever since.”

Fast forward 19 years to 2016, and Croft provided the platform for Ashley Sutton to scythe through the spray in changeable conditions to claim his breakthrough BTCC victory. Barely a year later, the Subaru star clinched the coveted drivers’ crown at the end of only his second season, but it was Yorkshire where he first made his mark.

“That was a really significant moment – the point at which people properly sat up and said, ‘boy, this kid has got something special’,” acknowledged Harvey. “He made the most of his opportunity in tricky conditions, so I’d say Croft was where he really announced his arrival – and in some style. And then obviously he went on to fulfil that potential by winning the championship last year...”

Results might be proving hard to come by for Sutton at present, but the man currently leading the charge – BMW’s Colin Turkington – has earned the sobriquet ‘King of Croft’ for his stellar success at the track over the years, tallying 12 race wins, 19 podium finishes and eight fastest laps. Harvey, however, suggests the Ulsterman won’t have it all his own way this weekend, with a quartet of local heroes all eager to steal the spotlight for themselves.

“Colin’s results can be attributed to consistently putting the standout rear wheel-drive driver in the best rear wheel-drive car,” he opined. “That said, things have now evened out a bit in terms of the front wheel-drive / rear wheel-drive difference at Croft, and while I still expect him to have a slight edge, running with maximum ballast in qualifying and race one as championship leader certainly won’t make life easy for him.

“The BTCC is proving absolutely impossible to predict this year, with ten or 15 drivers that can realistically win races – including the four Yorkshiremen in the field. None of them will be carrying any extra weight, and Sam Tordoff in particular has been quick everywhere while Dan Cammish is due a good weekend and the Honda he drives has traditionally gone well around Croft – so there should be plenty for the home crowd to get excited about.”

Tickets to the BTCC’s only north-eastern event of the year can be purchased on the gate, priced at just £15 for Saturday, 23 June (BTCC Qualifying), £30 for Sunday, 24 June (BTCC Race Day) or £38 for the full weekend. Accompanied children aged 15 and under are admitted free of charge.