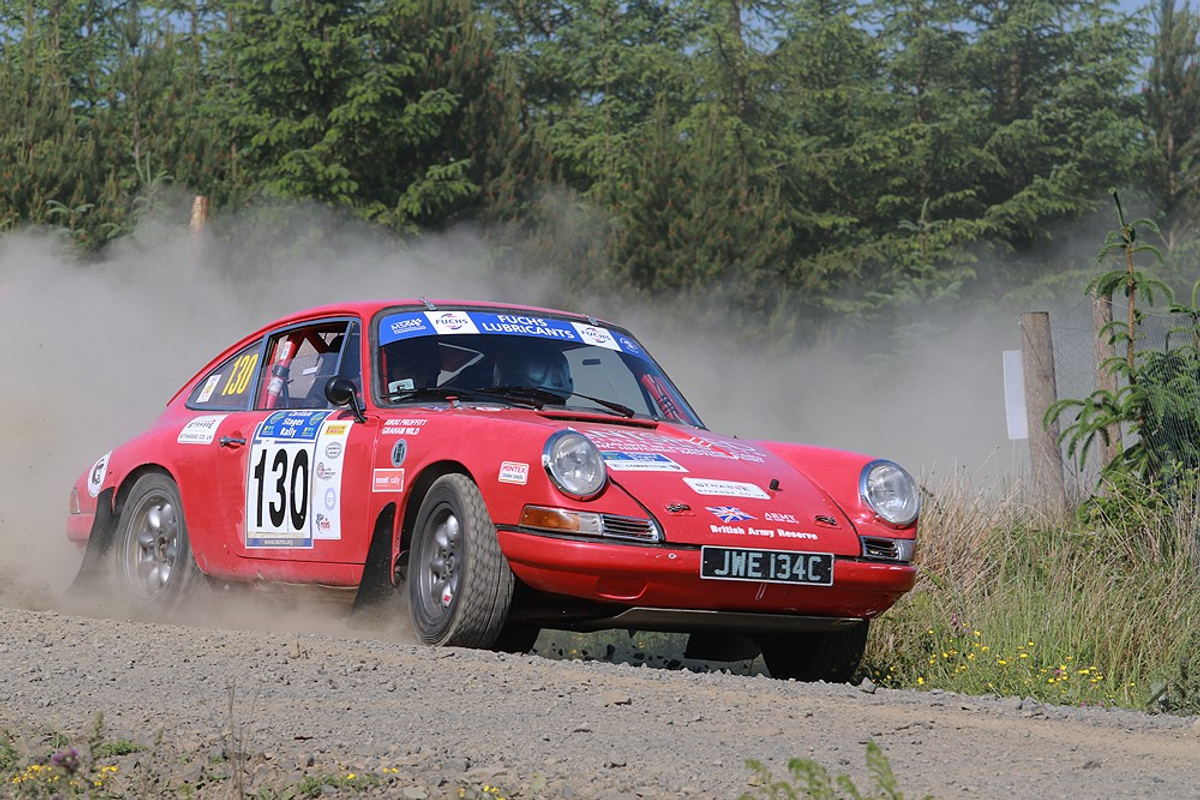 The FUCHS LUBRICANTS MSA British Historic Rally Championship continues with round four on the Red Kite Stages (Sunday 24 June) as the championship contenders head to the superb, and very little used, stages of South Wales.

The Red Kite Stages will offer BHRC crews 45 stage miles across five stages and will run to the Rally 2WD format, thus allowing the 2WD crews to complete their competitive mileage before the 4WD entries follow in the afternoon.

A fabulous championship entry will line up, headed by Paul Barrett and Will Rogers. Barrett currently tops the Rally and Competition Equipment Category 3 but is facing a race against time to repair his car after a major engine fire last time out on the Carlisle Stages.

One of Barrett’s biggest rivals will be his younger brother Ryan and co-driver Rory McCann. Like many crews, the Northern Ireland brothers have little knowledge of these stages but will both be stunningly quick. So too, will be the Hillman Avenger BRM of Ieuan Rowlands/Emyr Hall, which matched the Escorts last time out in Kielder before sliding off the road. Rowlands will be ferociously quick back in Wales and this could be the breakthrough event for the project headed by Barry Jordan.

However, another strong contender for overall glory comes from Class D3, for the Pinto-engined Escort Mk2s. Former British Junior Champion Stuart Egglestone and co-driver Brian Hodgson are setting an incredible place and head to the Red Kite as overall BHRC leaders after a fabulous second overall on the Carlisle Stages. Leading the chase of Egglestone in D3 will be the similar cars of Ben Friend/Cliffy Simmons and Josh Browne/Jane Edgington. Friend and Browne are two of the fast-rising young guns of historic rallying.

The new BHRC2, supported by Sherwood Engines, has been created to turn the spotlight on the Category 1 (pre-1968) and up to 1600cc cars in the championship. After three rounds, the overall BHRC2 leaders are Porsche 911 crew Rikki Proffitt and Graham Wild.

A great field of cars will line-up for the fourth round of BHRC2 and it is the class C2 Escort Mk1s that should set the pace in the hands of Robin Shuttleworth and Ronnie Roughead, husband and wife crew Stuart and Linda Cariss and Vince Bristow/Derek Adams. Lining up against the Escorts will be the flying Hillman Avenger of Ken Graham and Rory McCann, aiming to make up for a non-finish on the Carlisle Stages when battling hard with Shuttleworth. Back in the mix will be another rapid Avenger for Eliot Retallick and Tim Tugwell.

In class D2, for the later 1600cc cars, brothers Malcolm and Ronald Mounsey will field their Sunbeam Talbot fresh from a first finish in Kielder.

Topping the REIS Category 1 field is the Porsche of double 2018 winners Proffitt/ Wild and the Lotus Cortina of 80-year-old legend Bob Bean and co-driver Miles Cartwright who topped the category on round one. Bean was out of the Carlisle Stages before the first stage when engine issues developed, so will be determined to get his season back on track on the Red Kite.

Right with Proffitt and Bean will the flying Ford Anglia of Malcolm Rich/Arwel Blainey from class B3, while Bob Gibbons and Jon Harris (Ford Cortina GT) add more local strength to the Category 1 field.