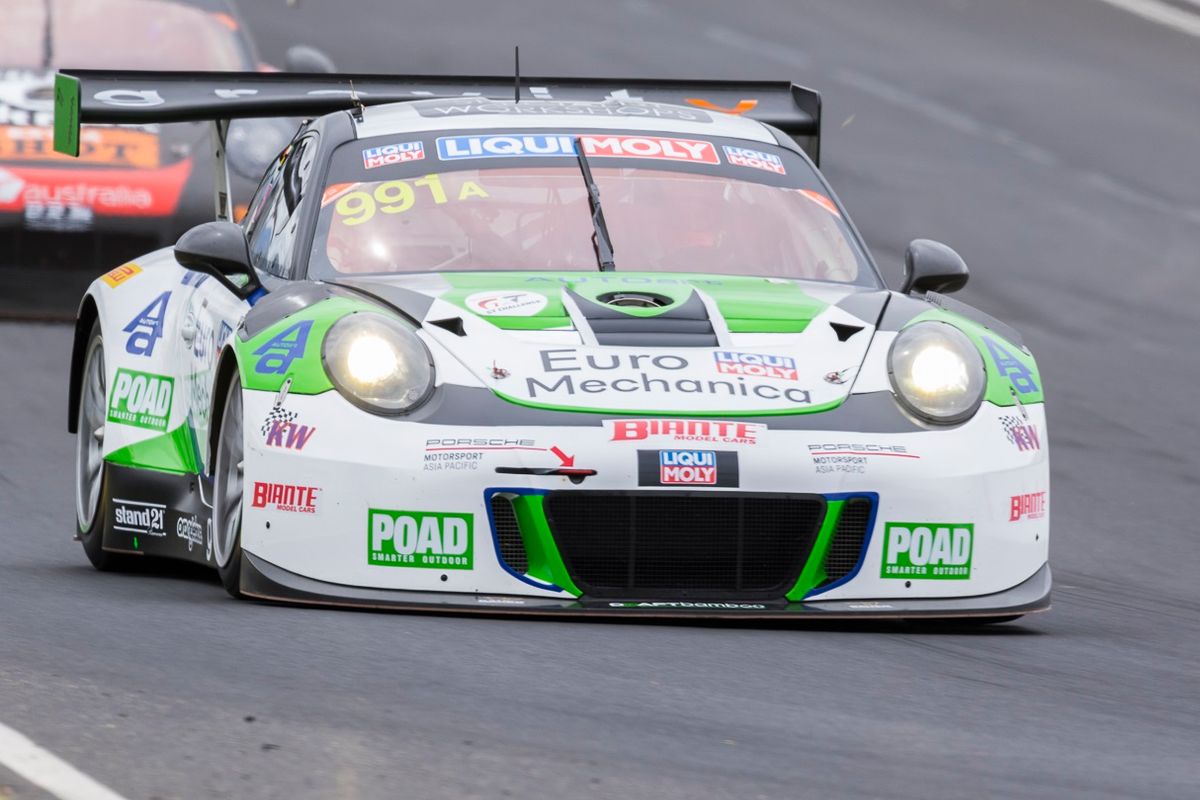 Craft-Bamboo Racing has confirmed that 2018 Le Mans 24 Hours winners Laurens Vanthoor and Kevin Estre, as well as Mathieu Jaminet, will race its Porsche 991 GT3 R at the inaugural Suzuka 10 Hours on August 24-26.

The Hong Kong-based Blancpain GT Series Asia team previously announced plans in mid-May to contest Asia’s leg of the Intercontinental GT Challenge with a factory crew, and has now revealed an all-star line-up for the 47th Summer Endurance Race, which switches from its previous 1000km distance this year.

Vanthoor and Estre claimed a dominant GTE Pro class victory together at Le Mans last weekend but also raced for Craft-Bamboo in the Intercontinental GT Challenge’s opening round of the season at Bathurst where they finished fifth.

Vanthoor won the same championship in 2016 when representing Audi, with whom he also scored blue riband GT victories at Macau, the Nurburgring 24 Hours and 12 Hours of Sepang, as well as winning the Blancpain GT Series Endurance Cup title in 2014.

Estre’s Porsche experience began with capturing Carrera Cup France and Germany titles in 2011 and 2013, and now encompasses the manufacturer’s customer and factory GT3 and GTE programmes. The Frenchman finished second to Vanthoor at Macau in 2016 and currently leads the FIA World Endurance Championship’s GTE Pro standings.

The pair are joined by Mathieu Jaminet, a member of Porsche’s Young Professional Driver roster and the 2016 Carrera Cup France champion. Since then the 23-year-old has raced the 991 GT3 R in Europe and America, and currently lies second in ADAC GT Masters. He’ll test with Craft-Bamboo at Suzuka next week in preparation for his first Intercontinental GT Challenge appearance.

Laurens Vanthoor: “I am really happy to go to Suzuka as I have never been before. I think it is a track that every driver wishes to go to, so I think it will be a very cool experience. I think we need to avenge what happened to us in Bathurst, but it will be a good weekend to join Kevin again and see Mathieu. I am really looking forward to the experience with Craft-Bamboo once again.”

Kevin Estre: “I am very happy to go to Suzuka, a track that I have been dreaming to race on since I began watching Formula 1 as a child. I cannot wait to drive the circuit in the Porsche 911 GT3 R and I think with Craft-Bamboo we need to make amends for what happened in Bathurst because we were good there. We had a car which was able to win but unfortunately some unforeseen variables prevented a victory, but we had the pace as well as the spirit. Craft-Bamboo gave us a fast car, so I hope that is the case again in Suzuka. I really like Japan, so I think we will do well there.”

Mathieu Jaminet: “I am really looking forward to be joining Craft-Bamboo Racing for the first time and for my first Intercontinental GT Challenge race in Suzuka. To join the other drivers, it is really a dream and I really can’t wait to drive on this track. It is going to be really exciting to drive there on the test day and to join the two Le Mans winners for the race is fantastic. Everything is new, but I am looking forward to joining Craft-Bamboo who showed really good performance in Bathurst earlier this year, so I am sure we will perform well. I can’t wait to meet everyone and to drive.”

The Total 24 Hours of Spa hosts round two of this year’s Intercontinental GT Challenge on July 26-29 before the Suzuka 10 Hours takes centre stage one month later (August 24-26). The Laguna Seca Raceway California 8 Hours closes out the campaign, which began in February at the Liqui-Moly Bathurst 12 Hour, on October 26-28.