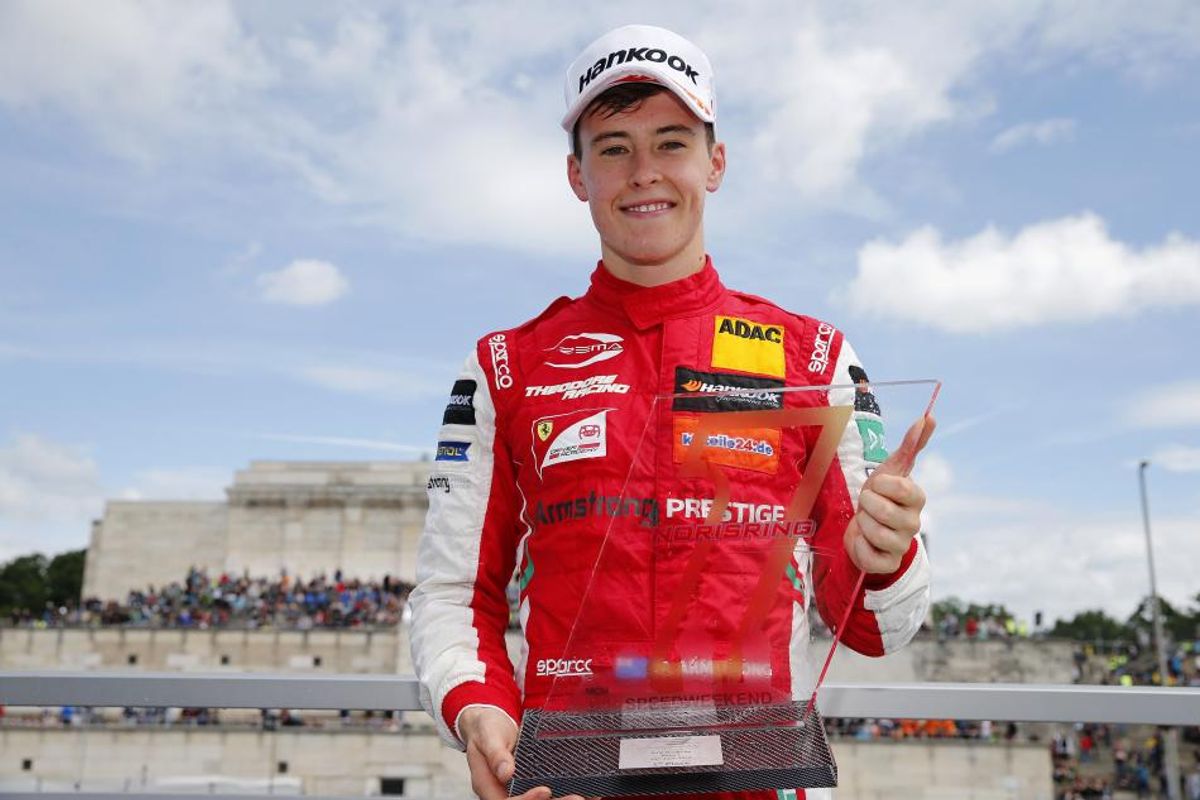 With a lights-to-flag victory at the 2.3 kilometres long Norisring, Marcus Armstrong (PREMA Theodore Racing) opened his FIA Formula 3 European Championship account. Behind the New-Zealander, who is racing under Italian licence, Ralf Aron (PREMA Theodore Racing) and Jehan Daruvala (Carlin) were next to take the chequered flag. Enaam Ahmed (Hitech Bullfrog GP), who came to Nuremberg as the points’ leader, had to make do with 14th place following a spin, but remains in the lead of the FIA Formula 3 European Championship drivers’ standings.

Marcus Armstrong took the lead at the start and already managed to pull a slight gap during the opening lap. Ralf Aron led the following group. At the end of the opening lap, Sacha Fenestraz (Carlin) hit the wall after contact with Jonathan Aberdein (Motopark), after which the safety car was deployed. Racing resumed at the start of lap eight and Armstrong immediately pulled away to extend his lead. Behind him, Jehan Daruvala overtook Daniel Ticktum (Motopark) for third and then started to close the gap to Aron.

From lap 20 onwards, a three-way battle for second to fourth emerged involving Aron, Daruvala and Ticktum. Fifth-placed Mick Schumacher (PREMA Theodore Racing) turned out to be unable to keep up with the drivers in front of him and had to keep Robert Shvartzman (PREMA Theodore Racing), Jüri Vips (Motopark) and Marino Sato (Motopark) at bay who were coming up from behind.

Marcus Armstrong (PREMA Theodore Racing): “This race was nearly perfect. This season, I have been having some bad luck, so I am particularly happy with this victory now. Of course, the facts that I started from pole position and that my team has done a great job were already helpful.”

Ralf Aron (PREMA Theodore Racing): “My start was good, but so was Marcus’s. I then had to be careful in the first corner to avoid getting involved in a collision and fortunately I managed to do so. Jehan temporarily put me under pressure, but I didn’t make any mistakes and I brought second place home.”

Jehan Daruvala (Carlin): “I think I was sixth after the first corner, but I was already up in fourth after the opening lap. During the safety car intervention, I concentrated on keeping my tyres at the right temperature in order to being able to attack Daniel at the start. I wasn’t able to gain any more positions as the drivers in front of me didn’t make any mistakes.”