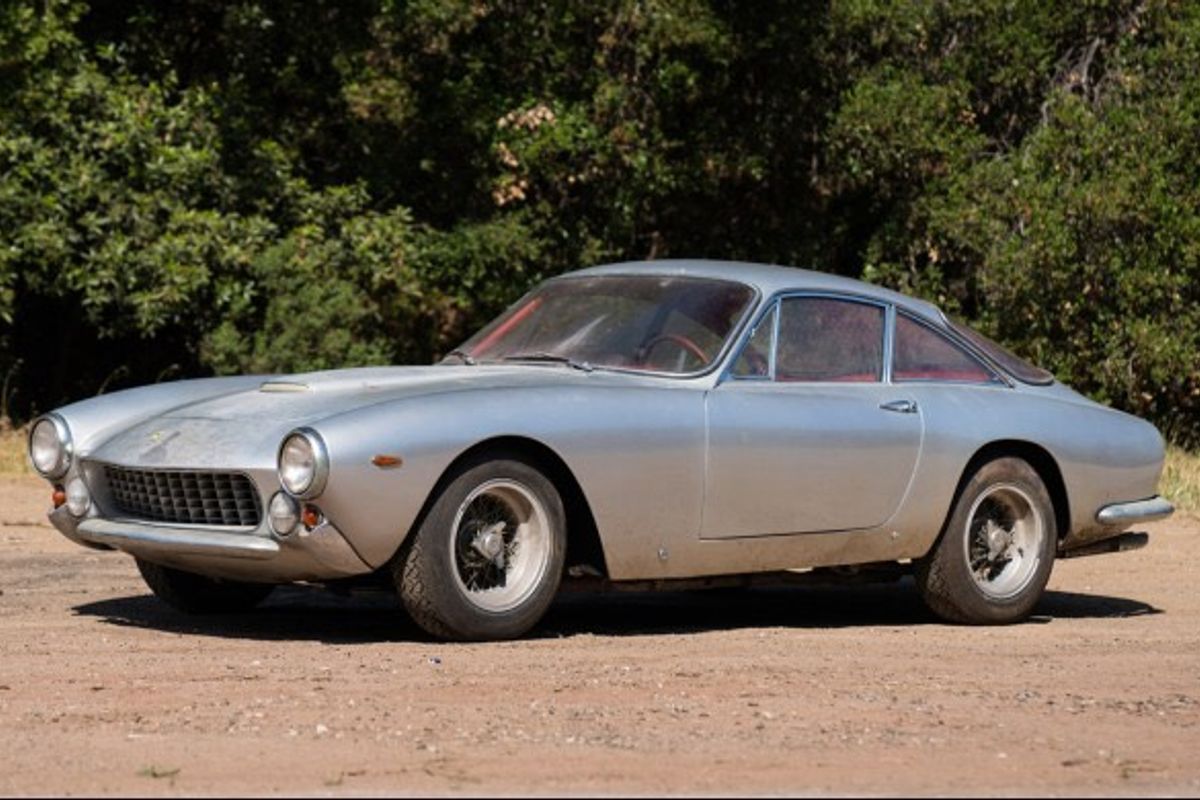 To be auctioned by Gooding & Co

The beautifully sculpted 250 GT Lusso is widely regarded as one of the most beautiful designs Pininfarina ever penned.

With a muscular stance, and highly detailed cockpit, these sporting good looks are paired with the venerable Colombo-designed V-12 engine producing 240 hp.

This Ferrari, chassis 5201 GT, was the 162nd of only 350 Lussos built and sold new through US distributor Chinetti Motors in New York. The car eventually found its way to Southern Florida and has been parked in static storage since 1978.

Today, the car is presented in silver over red leather interior, shows just over 30,000 miles on the odometer, and is complete with its original matching-numbers engine.

This untouched rarity, whose whereabouts has been unknown to the Ferrari community until now, will make an exciting addition to the most accomplished Ferrari collections.