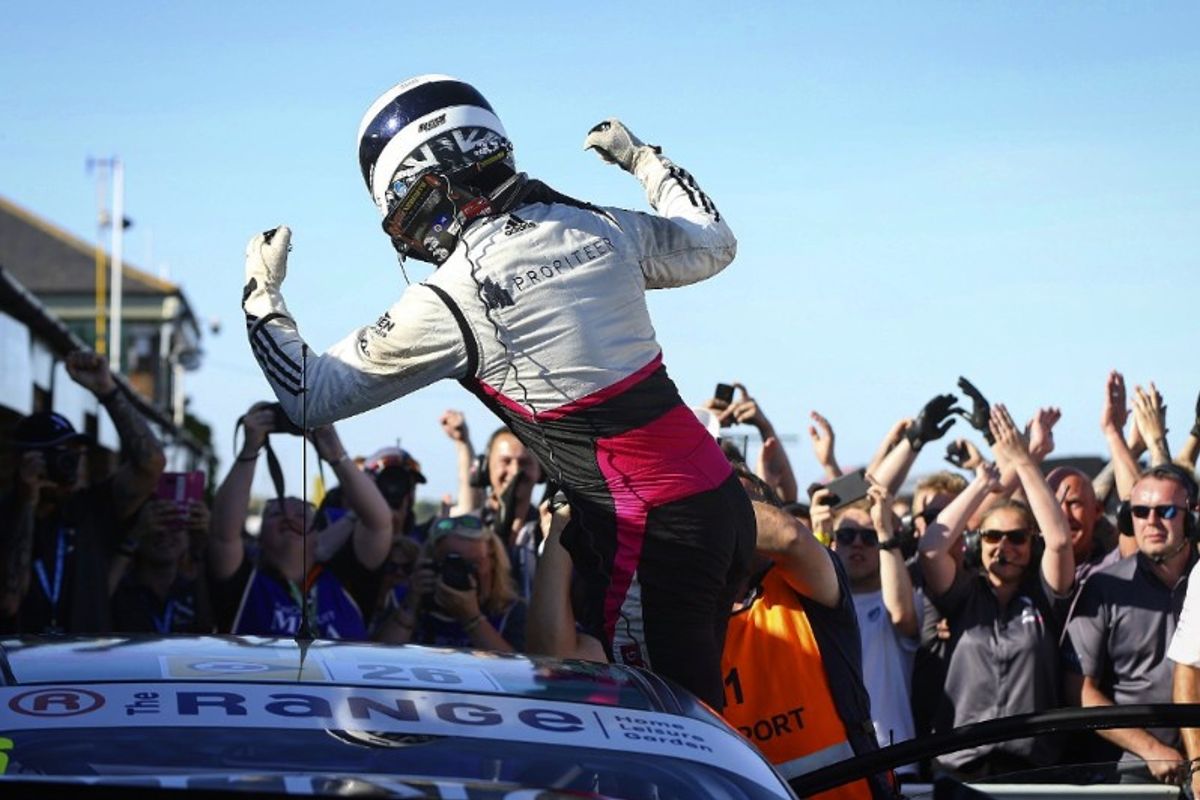 Daniel Lloyd celebrated his maiden Dunlop MSA British Touring Car Championship race win in front of a delighted home crowd, with a commanding lights to flag victory in the final race of the weekend at Croft Circuit (June 23/24).

Marking his BTCC comeback with a perfect race 3 score at the North Yorkshire track, the 26-year-old steered his BTC Norlin-run Honda Civic Type R from pole position to secure the squad’s first-ever BTCC race win. Taking maximum points from the 15 lap contest on only his third time in the #26 Civic – Lloyd’s flawless drive also saw him take fastest lap honours, the Jack Sears Trophy and the Independent win for the Bicester based outfit.

“What a mega weekend!” commented Lloyd. “We had a lot against us coming into the weekend. We barely even knew if we’d be racing after the damage we picked up at Oulton Park. The team did an absolutely amazing job to the get the car ready, they were still working on both cars until 1am on Saturday morning.”

The weekend high was a complete U-turn for Lloyd, who ended Saturday’s first morning free practise session in 28th. A change of set-up drastically changed the Civic and the Yorkshireman secured a credible 11th place spot on the grid for race 1 during the afternoon’s qualifying session.

Making steady progress during Sunday’s opening races - taking P8 and P9 finishes - Lloyd was drawn on pole position during the set reversed grid draw for race 3. Starting from pole for the first time in his BTCC career, the Yorkshire Patron was determined to keep his eye on the prize.

“It was tough start to the weekend down in 28th in FP1;” explained Lloyd. “But we got our heads down, worked at it and got the car to a point where I was able to qualify in 11th. It was a big step forward and we were positive heading into race day.

“I just wanted to keep my nose clean in the first two races. There was a lot of pressure there after the damage from Oulton to make sure it didn’t happen again. I knew I couldn’t make any mistakes and we did a good, solid job in the opening two races to get us into the reverse grid draw for race 3.”

A steady start ensured the #26 Civic Type R kept the race lead on the all-important start and despite coming under early pressure from Chilton’s faster Ford Focus in the opening laps, the BRDC racer controlled the pace, setting fastest lap on the third tour of the circuit. Building up a secure lead as the laps unfolded, Lloyd took his highly-popular maiden race win in front of elated friends and family with an impressive 5.8second lead at the final flag.

“I wasn’t nervous at all about starting from pole. We’d made further tweaks to the car during the day and I felt ready for it. I managed to hold the lead off the start which was the main concern and then I just got my head down.

“Tom [Chilton] kept up with me at the start and I was just hoping that he wasn’t trying to pace the tyres too much. We managed to start building up a decent lead on the second lap and then I just focused from there. I can’t describe the feeling really. To get my first BTCC race win is amazing, but to do it at my home circuit with my friends and family there and with a 5.8second lead is just incredible!

“I’m so pleased for everyone in the BTC Norlin Racing Team as well;” concluded Lloyd. “It was an important weekend for us all, and the perfect way to commemorate our sponsors – the Isle of Wight festival – 50th anniversary celebrations as they’ve been a massive support.  I’m glad I was able to repay Bert’s [Taylor] faith in me and also to reward the team’s hard work with a win.”

Having reached the half-way point of the season, the Dunlop MSA British Touring  Car Championship will take its annual extended summer break before reconvening at Snetterton in Norfolk for its diamond 60th anniversary event on July 28/29.