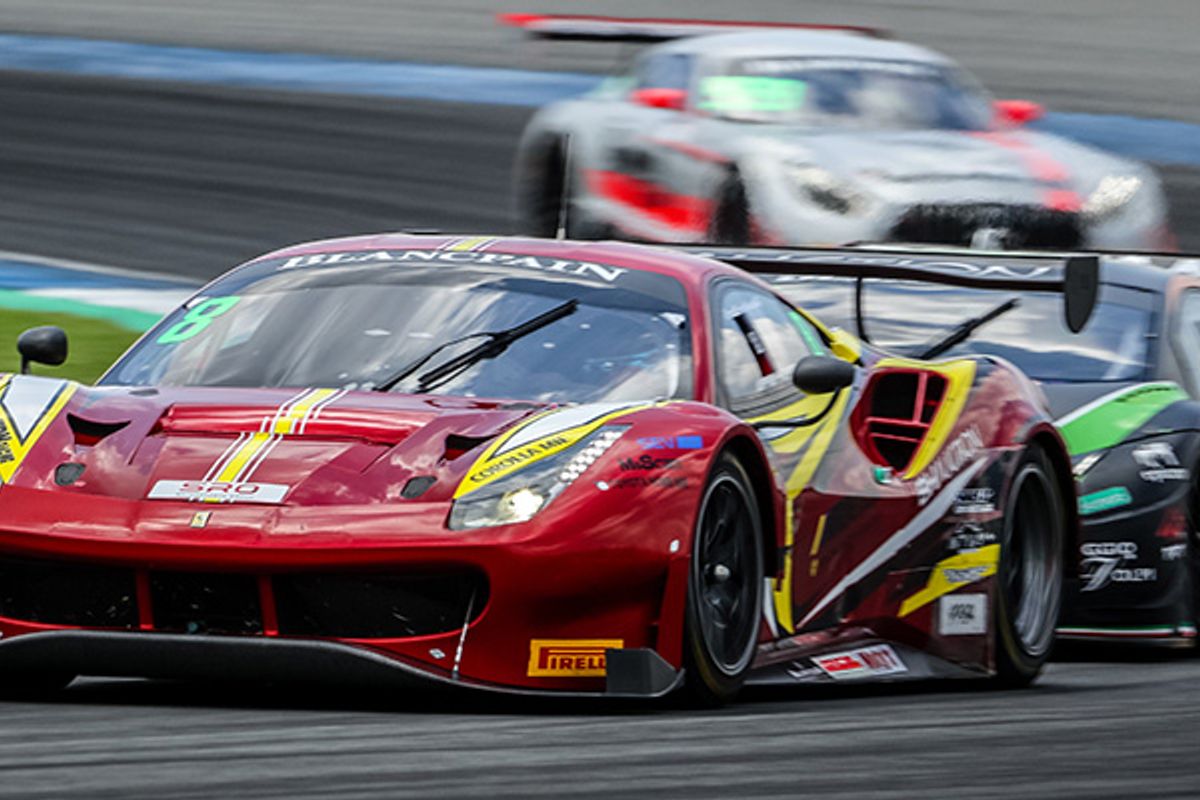 23 GT3 cars make the trip to Suzuka where FFF Racing Team by ACM’s Martin Kodric and Dennis Lind will be eager to extend their championship lead by claiming a first win of the season. The Lamborghini duo have been extremely consistent thus far but are still searching for a first victory after twice finishing runners-up. Indeed, a podium in Buriram’s second race means they must serve a 10s pitstop success penalty during Suzuka’s opening race on Saturday
.
Meanwhile, GruppeM Racing will be aiming to maintain their 100% victory record so far in 2018. The team’s #888 and #999 Mercedes-AMGs both won races in Malaysia and Thailand but have also been inconsistent, while a rotating driver roster ensures that Patric Niederhauser is currently alone in second overall and just four points off the pace. Markus Pommer, with whom he claimed Race 1 victory at Buriram, again joins the Swiss this weekend.

Raffaele Marciello is also back in the #888 entry after AMG commitments at the Nurburgring 24 Hours prevented him from racing in Thailand. However, the Italian will serve the full 15s success penalty in Suzuka’s opener as a result of co-driver Alexander Mattschull winning Race 2 at Buriram alongside super-sub Maxi Buhk.

Consistency has also been key to Nick Foster and Leo Ye Hongli occupying third in the overall standings after four races. They’re joined in the HubAuto Corsa garage by a new face this weekend after Ferrari factory star Davide Rigon was called up to partner Morris Chen in the absence of Tim Slade, who has a clashing Australia Supercars round.
Martin Rump and Franky Cheng are the best-placed Audi crew in fourth while Hiroshi Hamaguchi – along with FFF Racing co-driver Marco Mapelli – will be eager to strengthen his Pro/Am championship lead and overall position on home soil.

Elsewhere, former Porsche Carrera Cup Asia champion Alexandre Imperatori makes his expected Blancpain GT Series Asia debut with KCMG in place of Tsugio Matsuda who will spend the rest of 2018 focusing on his primary Super GT commitments with Nissan.
However, the level of local interest remains significant at Suzuka thanks to several Japanese race-by-race entries joining the likes of ARN Racing and BMW Team Studie.
CarGuy Racing claimed a GT3 victory during their previous outing at Fuji last season and return with the same bright yellow Lamborghini Huracan, which is driven by team owner Takeshi Kimura and Kei Cozzolino.

There’s also a change at ARN Racing whose clashing Super GT commitments have forced full-season drivers Hiroaki Nagai and Daisuke Ito to miss Suzuka. They’re replaced in the #8 Ferrari by Am Cup duo Shinji Takei and Hideki Nagai, who usually compete in Porsche Carrera Cup Japan. Their minimum pitstop time in Race 1 has increased by 7s as a result of changing both drivers.

Pirelli’s new-for-2018 P Zero DHD2 tyre will also be introduced for the first time this year at Suzuka. Many GT3 teams will have their first chance to try the new compound during a five-hour test session this Thursday before the weekend begins with practice on Friday.

Mercedes-AMG has also ruled the GT4 class so far this season, but Suzuka offers BMW Team Studie another opportunity to make good on its undoubted promise. The M4s have already claimed podiums this year but also had the pace to win races before various issues intervened.

The Japanese team and drivers’ local knowledge could prove vital to finally beating GruppeM Racing’s Reinhold Renger and the Team iRace.Win entry shared by Ringo Chong and Gilles Vannelet which, together, have won all four races staged so far.

Jean-Marc Merlin has also switched to a Mercedes-AMG this weekend along with regular co-driver Frank Yu. The reigning GT4 champions currently occupy third overall and will be aiming to cut Renger’s 30-point advantage at a circuit where they won together 12 months ago.

Renger drove solo in Buriram but is joined this weekend by Asian Le Mans Series racer Ryuichirou Ohtsuka, who is one of 18 Japanese drivers entered at Suzuka.
There’s also a change at Taiwan Top Speed where Suzuka specialist George Chou returns to partner Keo Chang. The pair won Race 2 together last season, while Chou also claimed a pole positon and set the class’ existing lap record.