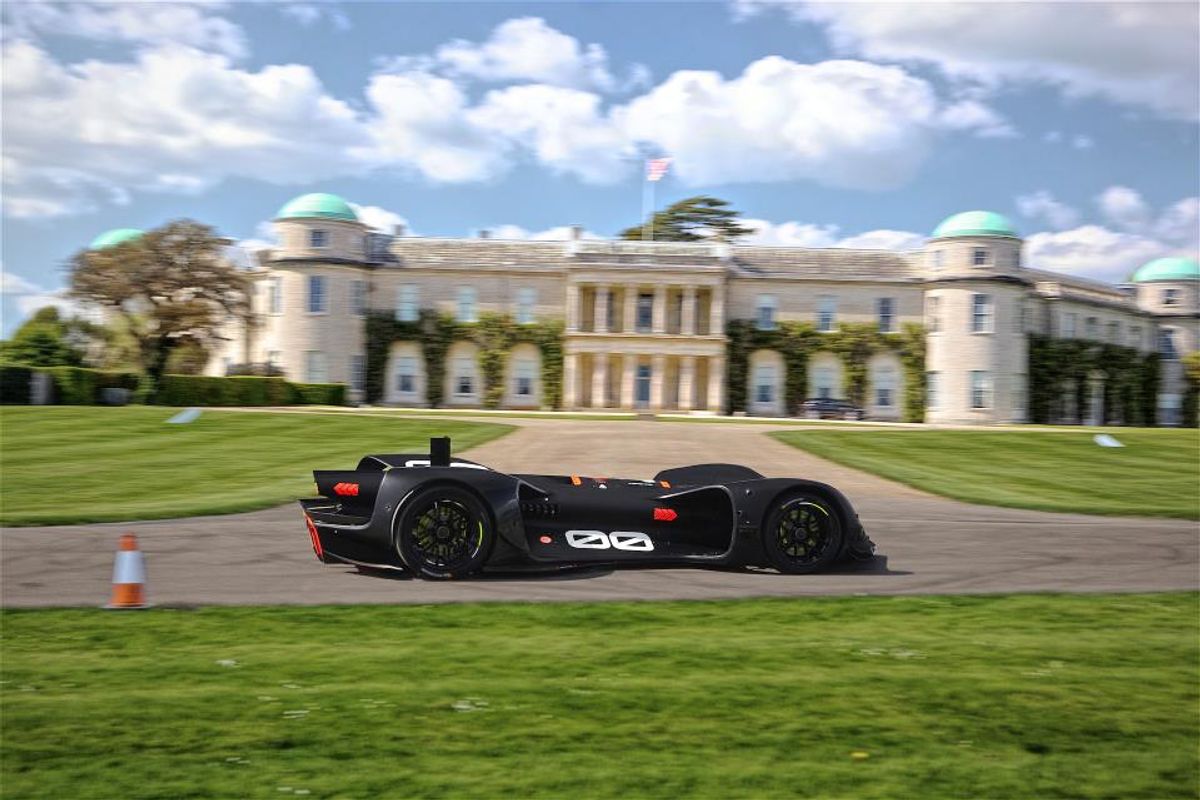 First ever autonomous hillclimb comes in Goodwood’s 25th anniversary year
Guests can experience Robocar attempt in virtual reality at FoS Future Lab
FoS Future Lab open throughout Festival of Speed, from 12– 15 July 2018, 7am – 7pm each day
Roborace will be attempting the first-ever fully autonomous hillclimb at Goodwood Festival of Speed 2018, presented by Mastercard.

The technology firm’s autonomous race car, Robocar, will take on the famous 1.16-mile track guided only by automated systems. The vehicle will be tasked with navigating hay bales, flint walls and forests on the Goodwood estate, using a variety of sensors that give it 360-degree machine vision around the car.

The announcement comes after Robocar took centre stage in the FoS Future Lab at last year’s Festival of Speed, making it the natural challenger to try and become the first autonomous vehicle to complete the iconic run.

Lucas di Grassi, CEO of Roborace, said: “We are excited that the Duke of Richmond has invited us to make history at Goodwood as we attempt the first ever fully - and truly - autonomous uphill climb using only artificial intelligence.”

In addition to the historic run, visitors to the Festival of Speed will also be able to enjoy the hillclimb from the Robocar’s point of view in a custom, fully immersive VR experience in the Roborace booth, located inside Future Lab.

This year’s FoS Future Lab will focus on space exploration, autonomous transport, robotics and personal flight. Visitors will be able to view displays and demonstrations, interact with some of the technology for themselves and learn more about these exciting innovations.

The autonomous run presents a milestone for the Goodwood event as the Festival of Speed celebrates its 25th anniversary, having been staged every summer since 1993. The Festival is renowned for attracting the rarest and most exciting road and race cars and bikes ever created.

"I can't think of a more exciting way to celebrate our Silver Jubilee than to have Roborace attempt the first autonomous race car run up the hill," said Charles Gordon-Lennox, the Duke of Richmond and Founder of the Festival of Speed. "Roborace plays an important role in the future of mobility, challenging public perceptions and providing a platform to advance new technologies. This makes them the perfect partner to undertake this significant feat.”

Robocar, the world’s first autonomous race car, was designed by Daniel Simon, the automotive futurist known for his work in Hollywood films such as Oblivion and Tron.

The vehicle weighs 1,350 kg and is powered by four 135kW electric motors used to power each wheel, for a combined 500-plus hp. An NVIDIA DRIVE PX 2 computer processes Robocar’s data, which includes inputs from the LiDAR, radar, GPS, ultrasonic and camera sensors.

Roborace provides the car with an API as a platform for teams who then add their AI driver algorithm to the vehicle. Development of the automated driving system for the Robocar at Goodwood is led by ARRIVAL, the automotive technology company.

"The Goodwood hillclimb presents a real challenge for level 4/level 5 autonomous driving systems," said Sergey Malygin, Chief of Software and AI at ARRIVAL. "It is a narrow track with complex geometry. Turns and hills with a great deal of tree coverage mean you can’t rely on GPS / RTK signal for localization. Use of all advanced sensors, including LiDARs and cameras with deep learning based computer vision methods are needed to perform well at this course.”