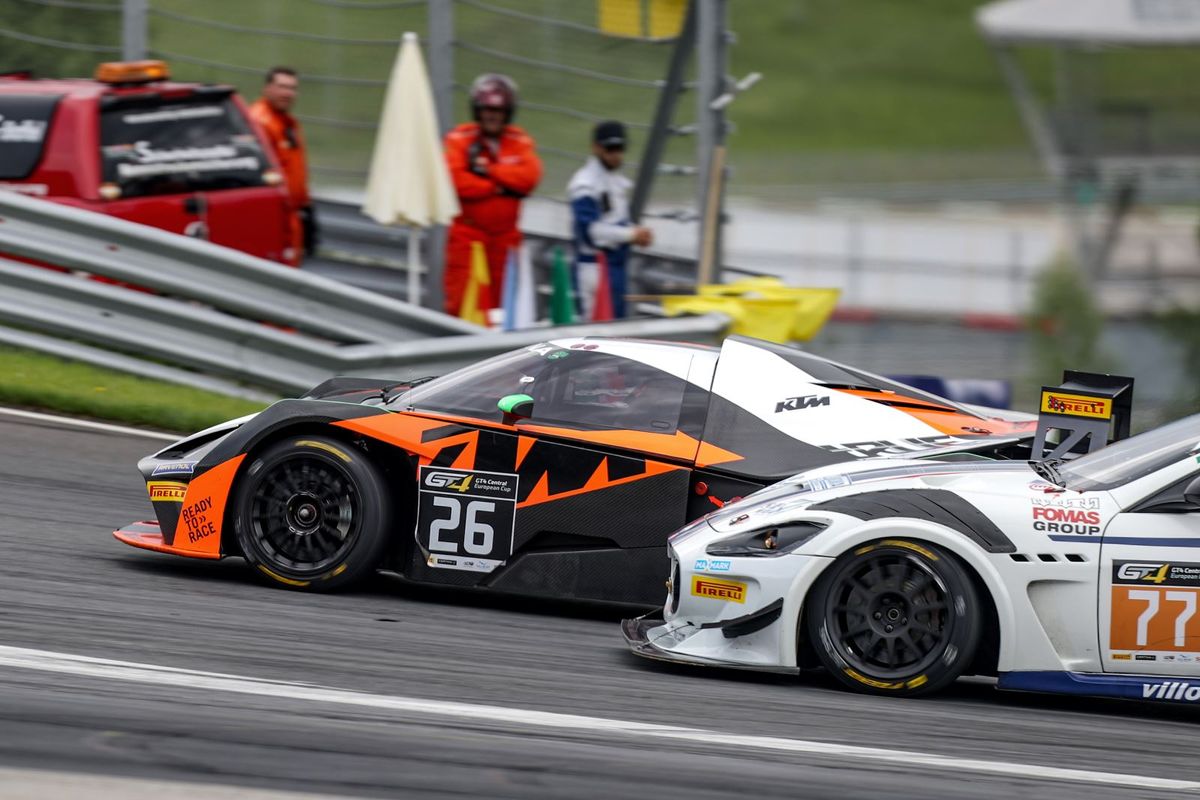 The GT4 Central European Cup heads to the Nürburgring this weekend. More than 100.000 spectators attending the popular ADAC Truck-Grand-Prix will see the SRO Motorsports Group's new GT4 Series reaching its halfway point. Races five and six are held on the traditional circuit in the Eifel mountains. The focus is not only on the championship battles though. Phoenix Racing eyes the podium top spot as well. The Nürburgring-based team enters the GT4 Central European Cup on home ground for the first time.

Phoenix Racing joins with two Audi R8 LMS GT4. The team regularly runs these cars in the GT4 European Series. However, the driver pairings are newly put together for the Nürburgring round. Colombian Oscar Tunjo, a regular ADAC GT Masters competitor with Phoenix Racing, shares one of the two Audis with female Polish racer Gosia Rdest. The second car is driven by Helmut Rödig and John-Louis Jasper. Phoenix Racing is based in the industrial estate opposite the Nürburgring circuit. Ernst Moser's team has already won the 24 hour race at the Ring four times and has two DTM championship wins to its name.

After the championship's second round at the Red Bull Ring, both the Pro-Am Cup championship and the Am Cup standings remain highly contested. In Pro-Am, Marylin Niederhauser leads the way in her K Racing-Reiter KTM X-BOW GT4. Having won both season opening races at Most, the Swiss defended her lead with two fourth place finishes in Austria. This weekend, Niederhauser shares her KTM with Mads Siljehaug for the first time.

Maserati leads in Am Cup

With one victory and a third place finish at the Red Bull Ring, the Am Cup lead went into the hands of Giuseppe Fascicolo and Romy Dall`Antonia. The Italian driver pairing in the Scuderia Villorba Corse Maserati GranTurismo MC GT4 now leads Ivan Vlachkov's Sofia Car Motorsport SIN R1 GT4. Vlachkov had won both races at the start of the season, but lost some ground in Austria. The Bulgarian has dropped behind Fascicolo and Dall`Antonia with a 16 point margin.

Pit boxes instead of awnings

Both races cover a distance of 60 minutes. A mandatory pit stop is scheduled between the 25th and 35th minute, where the driver has to be changed. The grids for both races are determined in two 20-minute qualifying sessions. Driver one competes in qualifying two and is the start of the second race. The second pilot competes in the first qualifying and takes over the start of the first race. In contrast to the GT4 European Series round later this year, the shorter 3.6 kilometre circuit configuration will be used instead of the full Grand Prix layout.