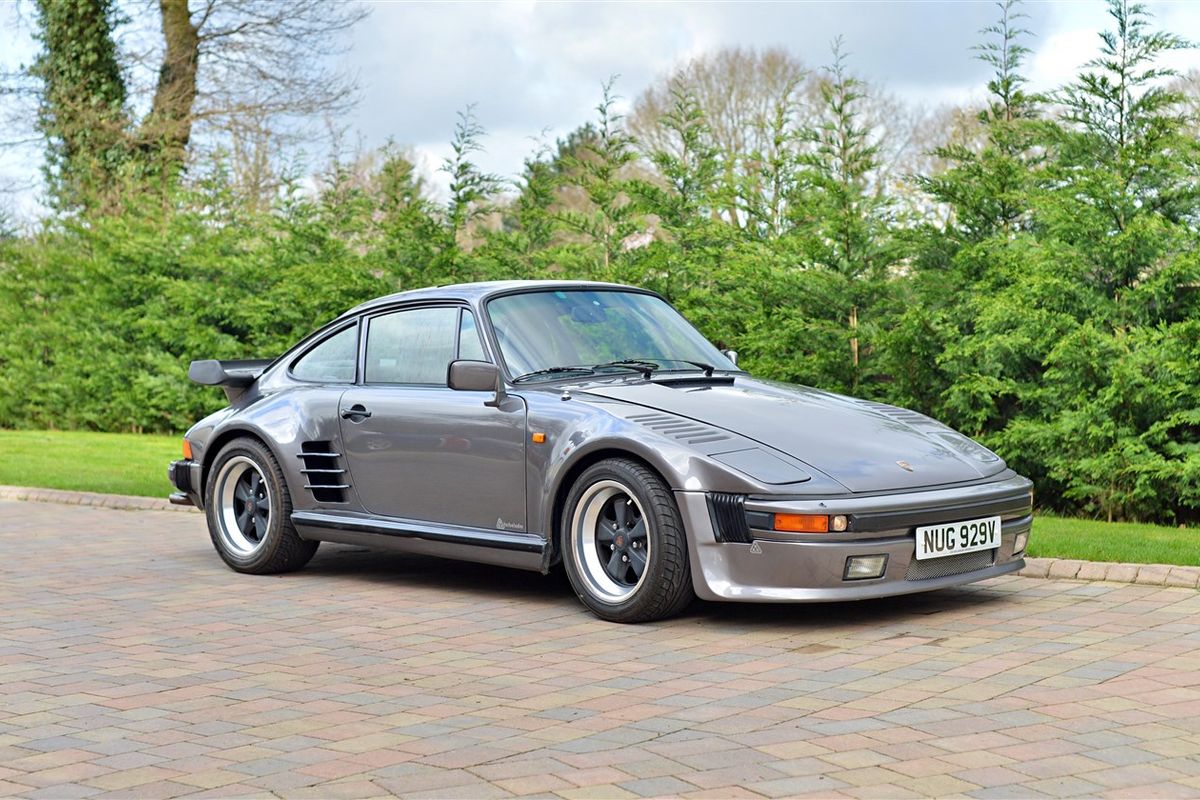 Following a very strong start to the year, Barons is now hard at work on its Summer Classic sale, at Sandown Park on Tuesday, July 17. As characterises most Barons’ sales, this features a diverse line-up of entries, with something to appeal to every taste and every budget, ranging from a superb Mercedes-Benz 280 SL Pagoda and Porsche 930 Turbo Flatnose to a Morris Minor Pick-up, supercharged 1960 Austin Seven Mini and a 100% original 1988 VW T25 German military police vehicle!

The unique and outrageously stylish 1980 Porsche 911/930 Turbo Flatnose was supplied new in the UK in 1980 and exported to Australia in 1986, where the front wings and over body panels were replaced to create the Flatnose option. This excellent example has spent much of its life under a single, very careful ownership, covering just 40,000 miles between 1980 and 2011. In 2011, the car received a full engine and gearbox rebuild before being shown across Australia, touring with the Porsche Owners’ Club. The owner was a true Porsche fanatic and carried out much of the servicing himself to an exceptionally high standard. Guide Price: £50,000 to £60,000.

Those looking for ‘wind in the hair’ summer top-down motoring have a number of convertibles to choose from, including a superb 1970 Mercedes-Benz 280 SL Pagoda which has spent much of its life in sunny Florida with its lady owner, and then hibernated in a garage in the UK. With only 22,300 miles showing, and believed to be correct, this is a rare chance to buy a low mileage 280 Pagoda in excellent condition and still with the original hardtop. Guide Price: £60,000 to £80,000.

Other notable convertibles in the sale include a freshly imported, 1972 Californian Triumph TR6. It is in stunning, rust-free condition and offered without reserve. The very rare 1994 Rover Mini Cabriolet has only covered 55,400 miles from new and is offered with a guide price of £10,000 to £13,000.

The sale also includes a very early supercharged Austin Seven Mini. This 1960 example is fitted with an original Cooper Silver Seal 998cc engine, which has done only 300 miles since a full rebuild. The body was fully restored some years ago and remains in excellent condition. The car still has the original seats with new Pirelli webbing, Newton Commercial door cards and headlining. Guide Price: £13,000 to £16,000.

Early motorcycle enthusiasts could well lose their heart to the 1923 Levis 211cc two-stroke. This lovely example has benefitted from a complete restoration some years ago but, with infrequent use in recent years and being dry stored, it still looks fantastic today. The bodywork is gleaming black with finely pinstriped details to the tank. This is one of Levis' first models with a capacity of 211cc. and has the optional gearbox for improved usability. Guide Price: £5,000 to £6,000.

Given the amount of expenditure this car has seen over recent years combined with its excellent condition, superb performance, and stunning looks, it is surely an outstanding very desirable 1968 Cougar with excellent investment potential. Guide Price: £16,000 to £20,000.

The 1989 Range Rover Vogue is described as being in amazing original condition, with an almost unmarket interior. It has been maintained to the highest standards and stored in a heated garage. Guide Price: £10,000 to £14,000.

The entry list for Barons’ July 17th Sandown Park Summer Classic sale also includes three unusual vehicles that offer great potential for domestic or small business use. The 1953 Chevrolet 3100 pick-up is in quite outstanding condition, having been the subject of a fully documented restoration, while the 1965 Morris Minor pick-up is a very charming and scarce little machine. They carry guide prices of £18,000-£22,000 and £6,000-£8,000 respectively. Finally, there is the 1988 VT Transporter/Caravanette... This 100% original 1988 VW T25 German military police vehicle is thought to have been used only on an army base in Germany. It’s in fabulous condition and comes with original mats and all the original military spot lights, blue round lights, and military accessories. It has military number 60 334 and has the dog tag and original military plate. The vendor purchased this van to transform into a surf/day trip vehicle, but due to its fantastic condition and originality, he considered it a crime to alter it, hence it is now up for sale. Guide Price: £5,000 to £8,000