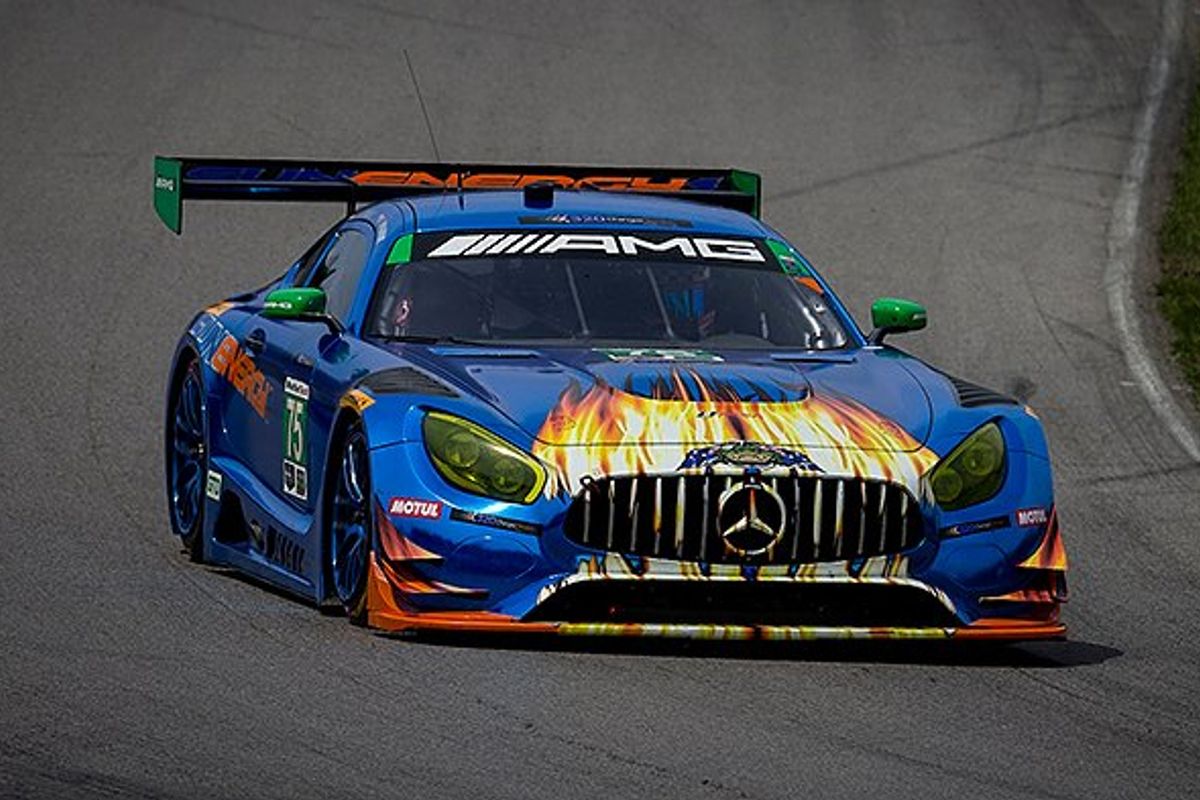 Victory in America’s premier six-hour endurance race and points in a pair of IMSA Championships will be on the line for Mercedes-AMG Motorsport Customer Racing teams this weekend at Watkins Glen International raceway. Three Mercedes-AMG GT3 teams will compete in Sunday’s Sahlen’s Six Hours of The Glen, which is the 5th round of Eleven GT Daytona (GTD) class races on the 2018 IMSA WeatherTech SportsCar Championship schedule and Round three of this year’s Tequila Patron North American Endurance Cup (NAEC), a four-race championship centered on the season’s long-distance races.

Mercedes-AMG Motorsport Customer Racing teams and drivers are a factor in both championships heading into the Sahlen’s Six Hours of The Glen, which can be seen live in its entirety this Sunday, July 1, on FOX Sports 1 (FS1) at 9:30 a.m. EDT.

With 108 points in both the driver and team championships, Keating, Bleekemolen and the No. 33 team trail the first-place team and drivers by 17 points and are 14 points behind the second-place competitors. Mercedes-AMG holds down third in the manufacturer championship with 114 points, 18 points out of first place and just nine points shy of the second-place manufacturer.

Along with endurance-race addition Luca Stolz, the No. 33 team and drivers lead the NAEC GTD championships coming to The Glen, while Mercedes-AMG is tied for first in the NAEC GTD manufacturer standings. The No. 33 team scored a season-best third-place finish in NAEC Round 2 at the 12 Hours of Sebring in addition to fourth-place finishes one race ago in Detroit and in the season-opening Rolex 24 At Daytona in January.

The No. 75 SunEnergy1 Racing Mercedes-AMG GT3 team returns to its endurance-race driver lineup for the Sahlen’s Six Hours of the Glen. Full-season and lead driver Kenny Habul will be joined by endurance-race teammates Thomas Jaeger and Mikael Grenier, who previously co-drove the No. 75 at Daytona and Sebring.

Focusing only on the NAEC this year in its initial foray into GTD, P1 Motorsports returns to the IMSA WeatherTech Championship paddock at Watkins Glen after competing in the season-opening races at Daytona and Sebring in its No. 71 P1 Motorsports Mercedes-AMG GT3.

A new addition to the P1 stable for The Glen is official Mercedes-AMG driver Adam Christodoulou who will share the No. 71 with Team owner Juan “JC” Perez and Loris Spinelli. Christodoulou brings extensive Mercedes-AMG GT3 experience to P1, including helping the Mercedes-AMG Team Riley No. 33 team to the fourth-place finish in the Rolex 24 this year and a third-place podium showing at Daytona in 2017.

Owen Trinkler and Hugh Plumb co-drove the No. 46 TeamTGM Mercedes-AMG GT4 to a fourth-place finish one race ago at Mid-Ohio Sports Car Course, the best IMSA Continental Tire series result to date in the first year of competition for the Mercedes-AMG GT4 in North America.

Trinkler and Plumb are part of a two-car Mercedes-AMG GT4 entry from TeamTGM. Winward Racing/HTP Motorsport and Murillo Racing also each bring a pair of entries to The Glen with the seven-strong Mercedes-AMG GT4 lineup completed with a single car from Ramsey Racing.

A three-day event, official action at the Sahlen’s Six Hours of The Glen begins Friday with morning and afternoon one-hour practice sessions for WeatherTech Championship competitors. A final practice session on Saturday morning paves the way for GTD qualifying from 11:35 – 11:50 a.m. EDT while the four-hour Continental Tire series race is scheduled to start that afternoon at 1:55 p.m. EDT.

Sahlen’s Six Hours of The Glen race day begins Sunday with a final 20-minute warmup session at 8 a.m. EDT before the official start of the six-hour race at 9:45 a.m. EDT.

Ben Keating, Driver – No. 33 Mercedes-AMG Team Riley Motorsports Mercedes-AMG GT3: “I love racing at Watkins Glen and I am excited because I believe our package with the Mercedes-AMG GT3 is much better this year than it was last year for this race. I hope the field is as balanced as I think it is. We have more weight than last year but more power too. At Watkins Glen, the long straights are also uphill, and you need power to be competitive. This is one of the places where the torque of our big 6.3-liter V8 can help us compared to some of the other cars. We don’t have a dominant car by any means, but I think we will be competitive. Our driver lineup is great. We all work very well together. I really enjoy the longer races and look forward to seeing how it all plays out.”

Jeroen Bleekemolen, Driver – No. 33 Mercedes-AMG Team Riley Motorsports Mercedes-AMG GT3: “The competition will be tough as always. There are more teams competing in the long races, some really strong ones, but I think this track should fit our Mercedes-AMG GT3 well. We like fast corners with the Mercedes-AMG GT3 and there are plenty of those at Watkins Glen. I really like this track, always so good to be back here, and I think we have a great driver lineup, which should help. We have done a lot of driving together now and we know exactly what to expect. It will be six hours of flat-out racing. You have to stay clean, of course, but you also have to be fast to have a chance.”

Thomas Jaeger, Mercedes-AMG Motorsport Customer Racing Program Coordinator and Driver – No. 75 SunEnergy1 Racing Mercedes-AMG GT3: “The Mercedes-AMG GT3 is still the heaviest car on the grid due to the IMSA Balance of Performance (BoP) but we hope that our good aerodynamics will help us in the mid-fast and fast corners so that we are competitive. Our Mercedes-AMG GT3 doesn´t stress the tires too much so we hope to have an advantage toward the end of each stint and end up with a good race result after six hours.”

Mikael Grenier – No. 75 SunEnergy1 Racing Mercedes-AMG GT3: “It will be my first time at Watkins Glen and I am looking forward to driving this race track. It's also nice to be back racing in North America as I was in Europe since Sebring. I am happy to be back in the SunEnergy1 Racing Mercedes-AMG GT3 and I am looking forward to working again with Kenny and Thomas.”