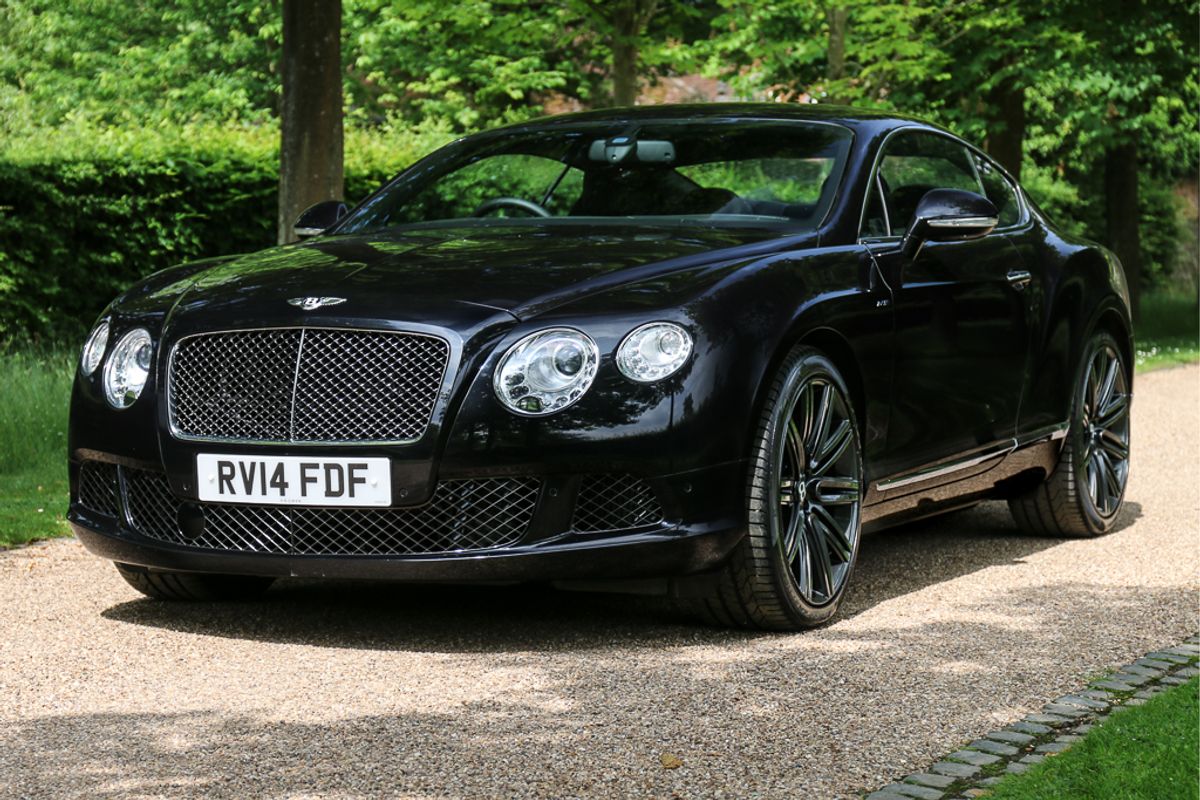 This very special Bentley offers truly unique provenance coming from the private collection of music royalty, Sir Elton John, one of the most highly acclaimed and successful solo artists of all time. The Bentley Continental GT Speed has been estimated at £70,000 to £80,000.

“It is a privilege to be able to offer this car at our headline sale of the year at the Silverstone Classic,” says Harry Whale, classic car specialist, Silverstone Auctions. “We feel incredibly honoured for Sir Elton to have entrusted his Continental GT Speed with us, and we’re delighted to offer this very special luxury car to our customers at auction.”

The Bentley GT Speed is the pinnacle of the Continental series with its 6.0 litre W12 engine producing an amazing 626bhp, more than a McLaren F1. Originally delivered to Sir Elton in June 2014, he passed the car on to his husband, David Furnish, in April 2015 and it has remained in his name ever since.

The luxury car is finished in a dignified shade of Onyx Black and sits on 21” Speed alloys which have recently been refurbished. Sir Elton’s selected options list stretches to three A4 pages, with the interior finished in Beluga leather with contrasting Hotspur Red stitching, with a number of carbon fibre fascia panels. The Bentley has covered under 22,000 miles in the hands of its two famous owners.

Naturally, the car is accompanied by a comprehensive service history, the details of which are in the owner’s file with the service booklets, which show various stamps from Bentley Berkshire and H.A. Fox in Guildford.

“This very special car comes from a highly exclusive private collection and presents an exciting opportunity to own not only one of Bentley’s most prestigious models but one that will be completely unique when compared with similar cars in the future,” concludes Harry.