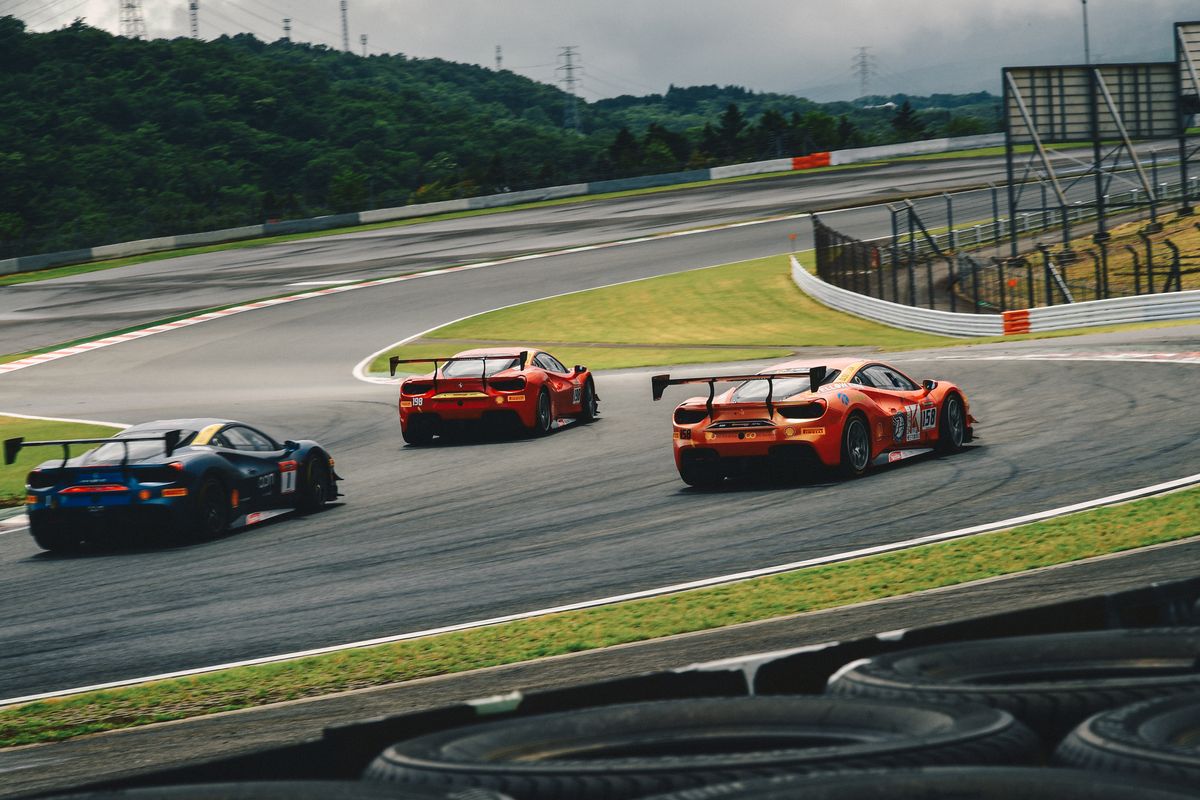 Round four of the 2018 Ferrari Challenge Asia-Pacific series at Fuji Speedway took place today under beautiful and sunny skies, a stark contrast to yesterday’s wet and foggy conditions during practice rounds. A total of 38 drivers battled it out on a circuit well known for having one of the longest straights in motorsport tracks.

Trofeo Pirelli. Go Max, the home favourite, got off to a brilliant start to lead his class. However, Alex Au from Hong Kong was not far behind him. It was a closely contested fight for the finish among the top four qualifiers, including Takeshi Kitai from Japan and Wei Lu from Canada. Max kept a close eye on Au. However Au managed to overtake Max and immediately pulled away from the Japanese to take the win. Max had to settle for second position while Lu, after some cool overtaking maneuvers, took the third step on the podium.

Coppa Shell. In the battle for Coppa Shell class honours, standings leader Tani Hanna from Lebanon showed blistering pace during the qualifying session in the morning, achieving overall pole position. His impressive pace continued during the race. Starting in front and leading all the way in Race-1, Hanna dominated the Coppa Shell class. He even beat many Trofeo Pirelli drivers. The Lebanese driver also set the fastest lap time of 1:44.622 in the second lap of the race. Coming in second was Eric Zang of China and Eric Cheung of Canada.

Coppa Shell AM. In the Coppa Shell Am classification, the win belonged to Australian driver David Dicker. The Australian driver set off cautiously and was soon overtaken by several other drivers. However, after an incident on track which saw the safety car deployed, Dicker managed to recover and ultimately won the race. The other two podium places belonged to rookie F. Andrew from Indonesia and Hidenobu Oba from Japan. Dicker was also the winner of the Gentlemen Cup while Kanthicha Chimsiri from Thailand took the Ladies’ Cup.