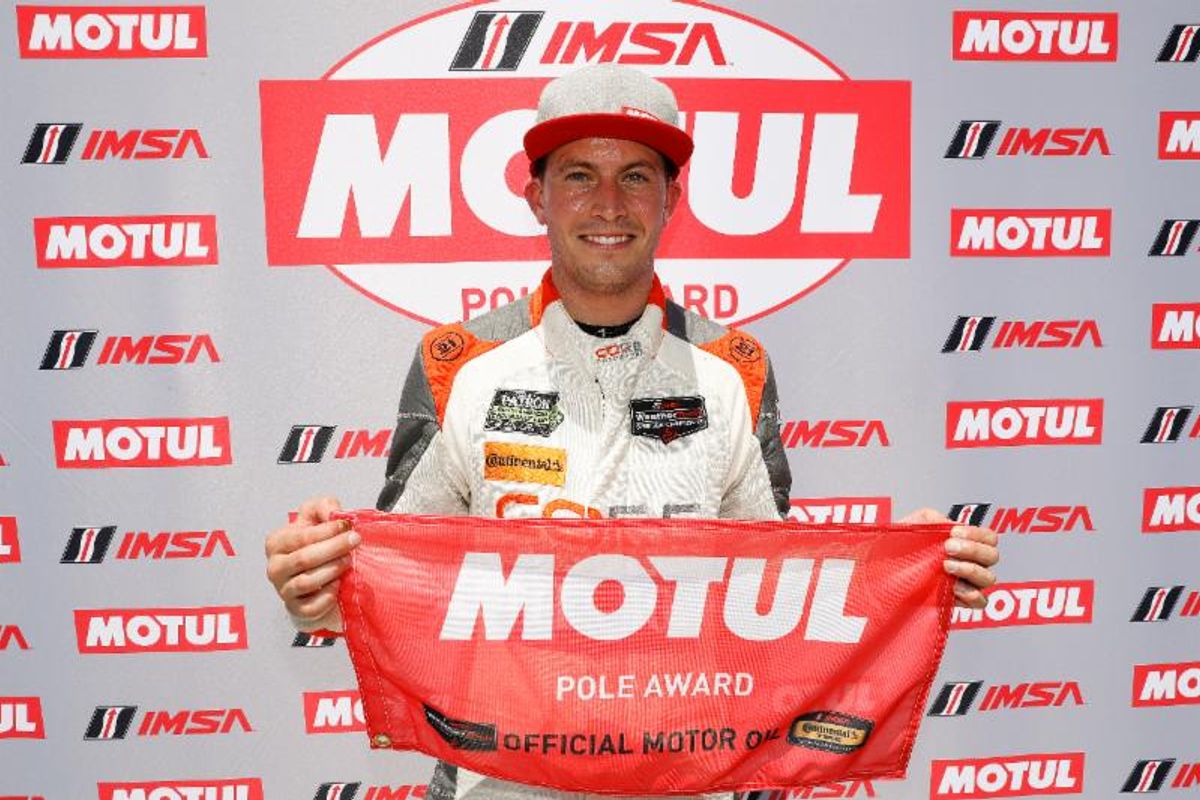 Colin Braun was just 0.006 seconds quicker than Paul Di Resta in qualifying for the Sahlen’s Six Hours of The Glen on a warm Saturday afternoon at Watkins Glen International, but that was just enough to give the Texan his first Motul Pole Award in the IMSA WeatherTech SportsCar Championship Prototype class.

Braun lapped the 3.4-mile upstate New York circuit in one minute, 32.350 seconds (132.539 mph) in the No. 54 CORE autosport ORECA LMP2 car, breaking Pipo Derani’s year-old track record of 1:34.405 in the Tequila Patrón ESM Nissan DPi. While it was Braun’s first pole in WeatherTech Championship Prototype class competition, it was his seventh pole in the series as he previously raced in the Prototype Challenge (PC) and GT Daytona (GTD) classes.

Overall, it was his 16th pole in IMSA competition (seven in the WeatherTech Championship, three GRAND-AM and six American Le Mans Series). He’ll share the car in Sunday’s race – which features six-and-a-half hours of live FS1 television coverage beginning at 9:30 a.m. ET – with Romain Dumas – who posted the fastest time in Friday’s practice – and Jon Bennett.

“That's great,” Braun said. “You know, these guys did a nice job. We obviously had a good test here a couple of weeks ago which I think allowed us yesterday to give a lot of time to Romain. He did a great job, was quick in practice, quickest in practice.

“We honestly haven't really worked too much on the race car. This is the first time I've gone on new tires all week, so it’s unknown what we were going to have balance-wise. I’m just happy for the guys, they've
been working their butts off.”

Di Resta turned a best lap of 1:32.356 (132.530 mph) in the No. 32 United Autosports Ligier LMP2 machine that he is co-driving with Phil Hanson and Bruno Senna. It is the team’s first WeatherTech Championship appearance since the Mobil 1 Twelve Hours of Sebring Presented by Advance Auto Parts in March.

Ricky Taylor was the quickest of the Daytona Prototype international (DPi) drivers, qualifying third in the No. 7 Acura Team Penske Acura ARX-05 at 1:32.638 (132.127 mph). He and co-driver Helio Castroneves are pursuing their third consecutive podium result after taking their first victory two races ago in the Acura Sports Car Challenge at Mid-Ohio and second place at the Chevrolet Sports Car Classic at Detroit’s Belle Isle earlier this month.

Dane Cameron put the other Acura Team Penske fourth on the starting grid with a best lap of 1:32.782 (131.922 mph) in the No. 6 Acura DPi he shares with Juan Pablo Montoya, and Simon Trummer completed the top five at 1:33.016 (131.590 mph) in the No. 85 JDC-Miller Motorsports ORECA LMP2 machine. Trummer shares the car affectionately known as the “Banana Boat” with Robert Alon and Nelson Panciatici.

In addition to live FS1 television coverage, IMSA Radio also will carry the entire race live on IMSA.com, RadioLeMans.com and SiriusXM Radio. Tickets for the Sahlen’s Six Hours of The Glen still are available on TheGlen.com.