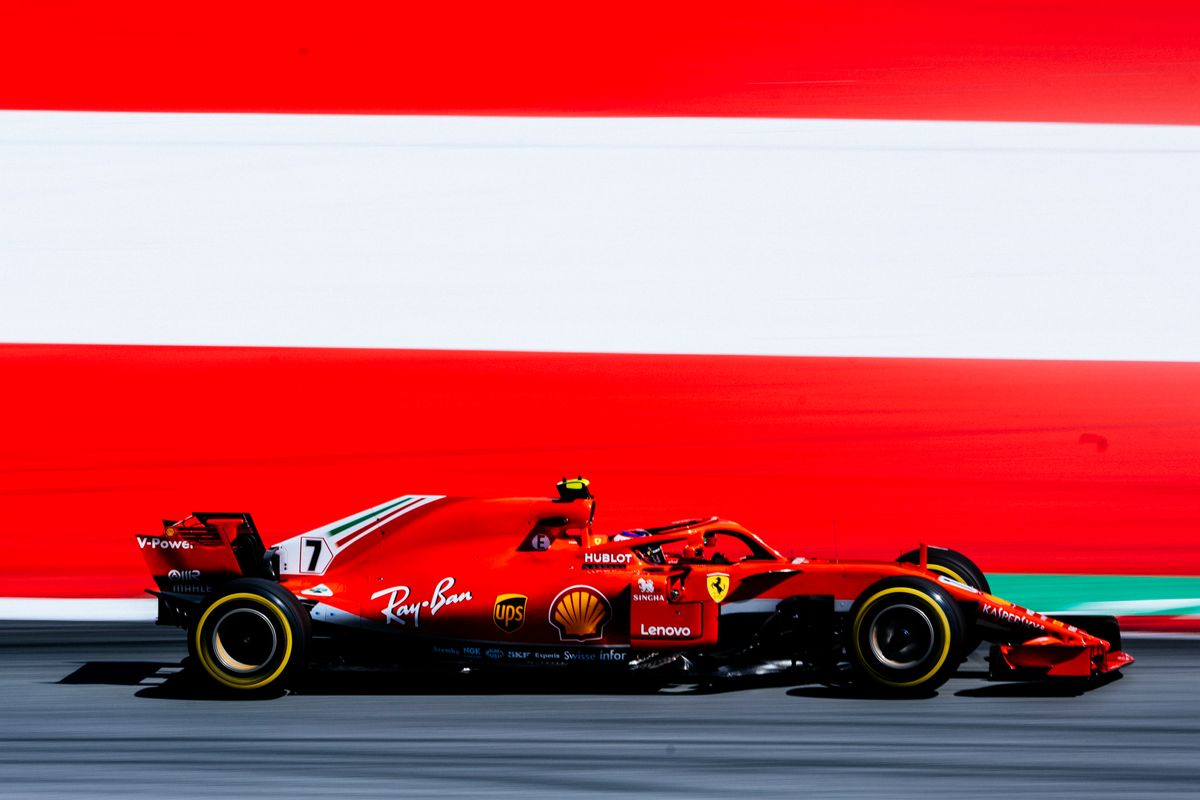 It looked like being a tough race, what with penalties and problems at the start, but it ended with both Scuderia Ferrari men on the podium. Kimi finishing second ahead of Seb was not something that would have been predicted going into the race. The result was down to the drivers of course, but also to a great job from the team, a well planned strategy and an SF71H which seemed particularly good at managing its tyres.

STORY OF THE RACE
Kimi was third on the grid on the left hand side. Sebastian had been given a three place grid penalty after qualifying and was sixth. Both men were running the Ultrasofts, as track temperature came close to 50 degrees, the hottest it had been all weekend.

Kimi attacked to move up to second, but ran wide at turn 3 and then was hit from behind by a Red Bull to find himself back in fourth. Seb also had to run wide to avoid an incident at the first corner and lost ground. But he quickly retook Magnussen to go seventh, before dealing with Grosjean with a brilliant pass.
Both Ferraris picked up the pace a bit. On lap 12, Hulkenberg’s engine let go, spraying oil onto the track at turn 1. Kimi set the fastest lap, under the 1m 9s mark. Two laps later, Bottas parked at the side of the track and the Virtual Safety Car came out. The team therefore called in both cars and fitted the hardest tyre (the Softs.) Red Bull covered the move, but Kimi managed to rejoin ahead of Ricciardo.

When the race restarted, Vettel overtook Magnussen again. The two SF70Hs were now third and fifth, but Kimi locked up under braking and Ricciardo went past. Hamilton pitted on lap 25 and emerged between Kimi and Seb. Verstappen now led, with his four pursuers covered by 4 seconds. Kimi, following Ricciardo and Hamilton behind the Ferrari, could use DRS, for attacking and defending.

With half the race completed, Kimi could see from the cockpit that the left rear on Ricciardo’s Red Bull was blistered. The remote garage back in Maranello was also on the case. Meanwhile, Seb was closing on Hamilton in the DRS zone and so began the duels: Kimi attacked on the outside of the climb and then passed Ricciardo who pitted. On lap 39, Seb passed Hamilton.

Ferrari were now second and third. It was time to look after the tyres. The gap between Seb and Lewis moved like an elastic band, while ahead of them, Kimi seemed comfortable. On lap 53, Hamilton had to pit again, this time swapping the Softs for Supersofts. He rejoined behind Ricciardo, but the Red Bull immediately parked at the side of the track on the pit straight.
The Ferraris did not drop their pace with Kimi nibbling at the gap to Verstappen. With 7 laps remaining there was more drama as Hamilton retired.

Kimi upped his pace, setting the fastest lap on lap 66. It was not enough to win, but it proved that “never give up” is more than a slogan.

Kimi: "At the start I had a good getaway, but I found myself between two cars and I had to lift off to avoid them squeezing me, while I hoped they would see me. I lost momentum, speed and the chance to challenge them in the first corner. It’s a pity, because without that, I think I could have been in the lead. The first lap was quite hectic, then the situation calmed down for a while. Tyre management played a big part today: it was hard to know when to go flat out and be on the safe side at the same time. The beginning of both stints was a bit tricky; we struggled a bit to get the grip and to make the tyres work, but then it got better and in the end we had very good tyre. We were obviously hoping to catch Max, but by then it was perhaps a bit too late. Today we had the speed, but there just weren’t enough laps left in the race… Of course we wanted to win, we tried very hard, giving our best, but it was not enough. The good thing is that, as a team, we did a solid job. It was a strong weekend.”