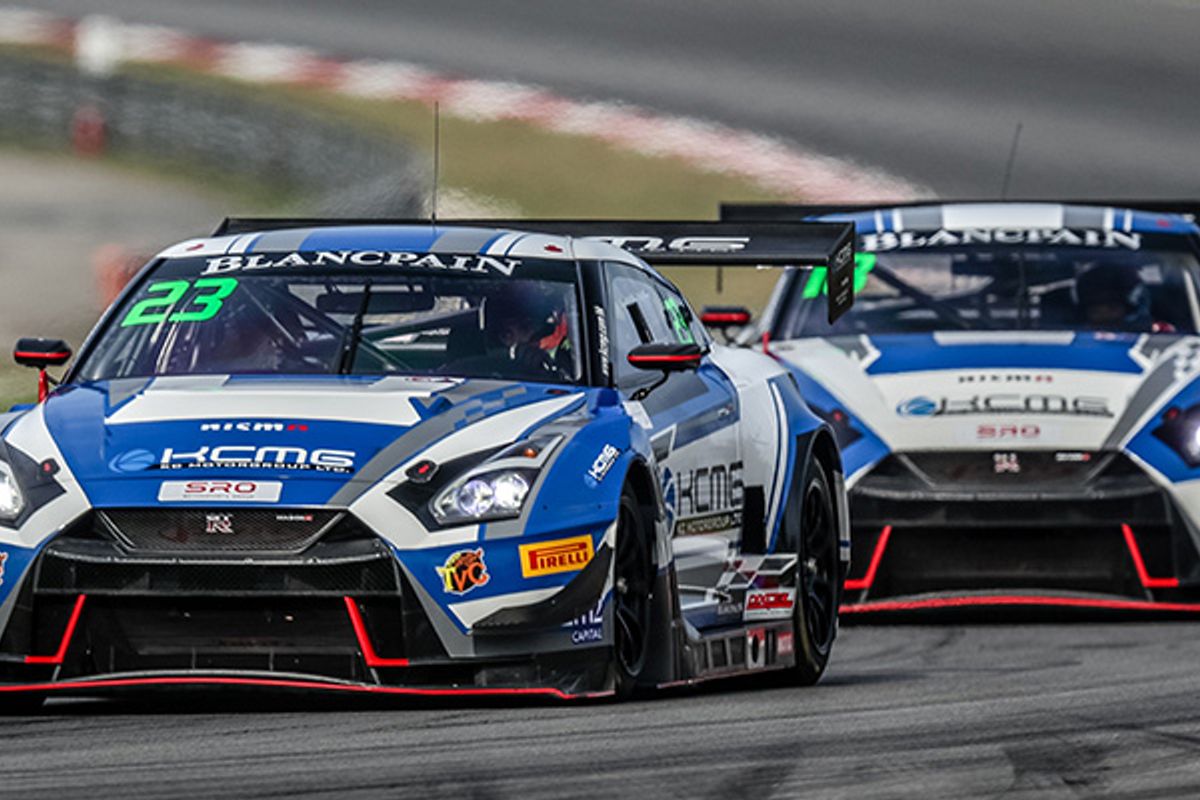 The MY18 Spec model has become a regular sight in GT series around the world but is yet to compete on Guia Circuit’s city streets, which host the FIA-organised event for a fourth time on November 15-18.
While the identities of KCMG’s drivers remain under wraps for now, the Hong Kong-based outfit – which currently competes with NISMO in Blancpain GT Series Asia – has confirmed that three new-for-2018 Nissan GT-R NISMO GT3s will be on Macau’s grid this November.

The news comes less than seven days since the event’s entry process officially opened and follows a weekend of significant results for the new car, which claimed its first Super GT300 victory at Buriram and another overall Blancpain GT Series Asia podium at Suzuka, as well as a Pro/Am class win in the same championship.

Ryuji Doi, Head of KCMG Motorsport: “I am delighted to confirm KCMG’s Macau FIA GT World Cup entry so far ahead of the event. We are no strangers to Macau having run cars in a variety of categories there before, but our new official NISMO partnership allows us to embark on another really exciting opportunity there. We have already witnessed the level of professionalism in the FIA GT World Cup paddock, and also benefit from first-hand experience of racing against some of the same teams in Blancpain GT Series Asia. It promises to be another fantastic event, and one that KCMG is very eager to win with NISMO.”
2018 won’t be the first time that NISMO has contested Macau’s GT race. The previous generation Nissan GT-R NISMO GT3 did so in 2014 before the event received FIA GT World Cup status, while a Group A specification Skyline GT-R (R32) driven by Masahiro Hasemi won outright in 1990.

This year’s race is once again reserved for factory-assisted teams and professional drivers graded platinum or gold by the FIA. These requirements proved very popular in 2017 when 13 teams from three continents entered 20 cars comprising seven manufacturers.

Two GT races, as well as qualifying and two practice sessions, are scheduled to take place over the same weekend as the world-famous Macau Grand Prix. The event’s entry process officially opened last Friday, although the FIA and SRO Motorsports Group – which has again been chosen to assist organisers – have already received much interest from new and returning teams eager to fill a limited number of spaces.