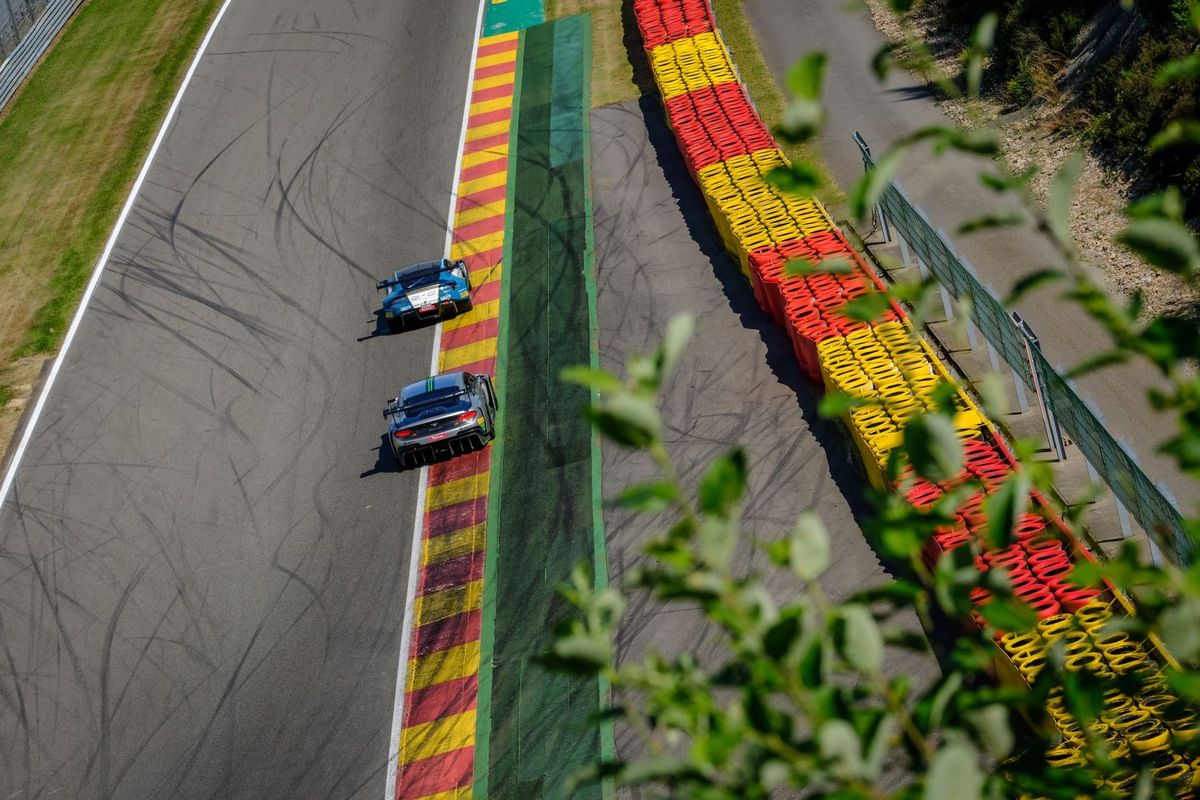 With more than 60 cars taking part, the Official Test Day produced an interesting insight into the cars and drivers that will tackle the 70th edition Total 24 Hours of Spa. Following eight hours of running in good weather, the quickest Total 24 Hours of Spa entrant was the #991 Herberth Motorsport Porsche, which just edged in front of the #23 GT Sport Motul Team RJN Nissan GT-R.

Competitors taking part in the Official Test Day for the 2018 Total 24 Hours of Spa were greeted by a sunny circuit, which provided the ideal conditions to prepare for the hardest and longest race of the Blancpain GT Series and Intercontinental GT Challenge. While the morning session was marred by a handful of red flag interruptions, the five-hour afternoon session was only briefly halted, giving teams plenty of track time at the Ardennes venue.

At the end of the morning session the #2 Belgian Audi Club Team WRT R8 topped the timesheets, lapping the 7km Belgian track just under a quarter of a second quicker than the #117 KÜS Team75 Bernhard Porsche.
After the lunch break, during which an impressive 68-car-strong entry list for the 70th edition Total 24 Hours of Spa was revealed, teams and drivers were able to test their cars for a further five hours, with many opting to undertake long simulation runs. Slight cloud cover decreased the high temperatures, further improving testing conditions.

The 2’19.999 of the #2 Audi was marginally bettered during the afternoon, with the #991 Herberth Motorsport Porsche clocking a 2’19.833. The #23 GT Sport Motul Team RJN Nissan GT-R was close behind, lapping only 0.055 slower. The fastest time overall was set by a car competing in the British GT championship, the #175 Optimum Racing Aston Martin.

Of the new-for-2018 cars the #23 Nissan was fastest, followed by the #7 Bentley Team M-Sport Continental (4th), the #14 Emil Frey Lexus (17th) and the long-awaited #30 Castrol Honda Racing NSX GT3 (19th).
With the data gathered during the Official Test Day, the teams now have three weeks to undertake their final preparations for the Total 24 Hours of Spa. The Bronze Test on Tuesday July 24th will be the first track action ahead of the Belgian endurance classic.