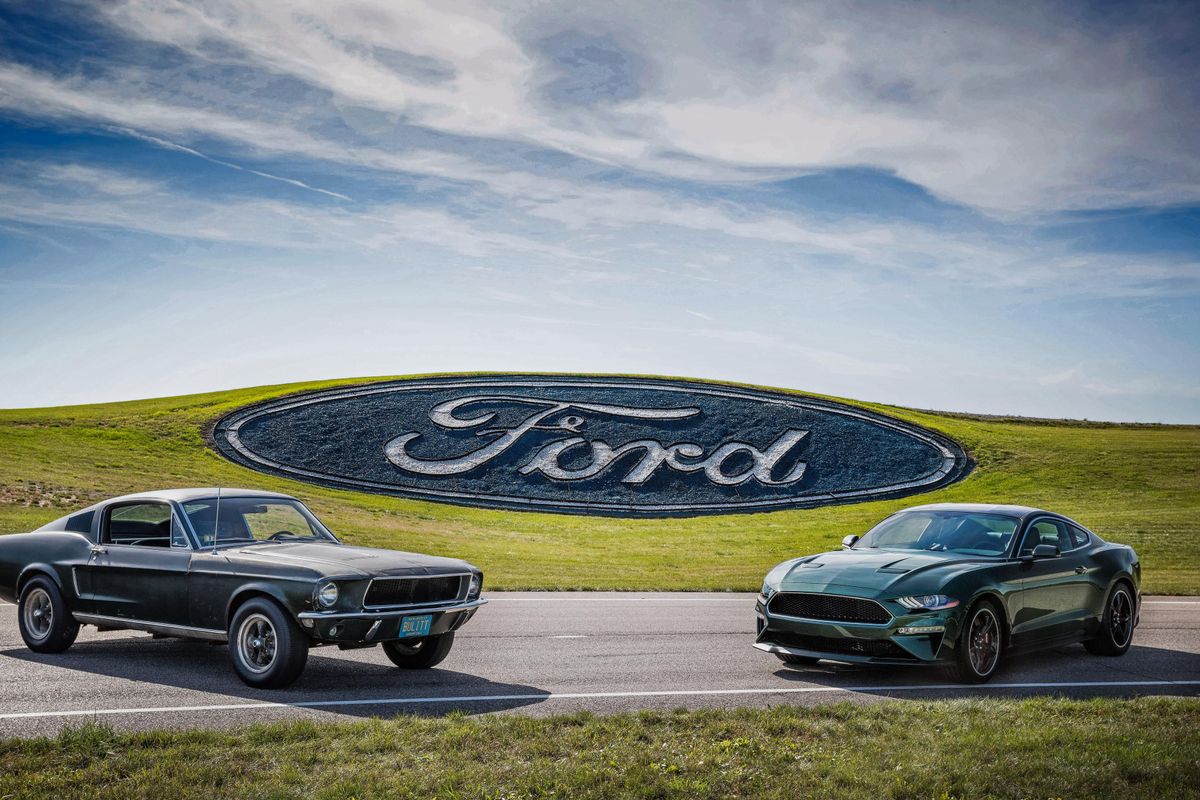 The Mustang GT Fastback shot to fame in 1968 with Steve McQueen behind the wheel in the famous Bullitt car chase scene.

Ford revived the Bullitt name with an all-new model launched at this year’s Detroit Motor Show to mark the 50th anniversary. Now the new car, which will be sold in Europe, is set to head to Goodwood Festival of Speed 2018 to make its UK debut alongside the original classic.

The new Mustang Bullitt has a 5.0-litre V8 engine producing 459PS making it capable of a top speed of 163mph.

The Goodwood appearance is also a special occasion for the original car which was believed lost for nearly 40 years. The 1968 car has been lovingly restored and will be accompanied to the Goodwood Festival of Speed by owner Sean Kiernan for its European debut.

Two Mustang GT Fastbacks were needed to film Bullitt with the one used for many of the jump sequences ending up at a salvage yard.

The other, the hero car driven by the “King of Cool”, was sold by Warner Bros after filming was wrapped up with its whereabouts unknown until it miraculously resurfaced when the owner got in touch with Ford.

“Bullitt is one of the greatest celebrations of high-speed motoring in cinema history making the Festival a perfect home for the pair of Mustangs. To have the original icon joined by its modern day successor exactly 50 years later is a fantastic way to mark our own special anniversary.”

The Festival is renowned for attracting the rarest and most exciting road and race cars and bikes ever created. The 2018 running of the event will be no different as it marks its Silver Jubilee having been staged every summer since 1993.

The FoS Future Lab will also making its return this year, focusing on space exploration, autonomous transport, robotics and personal flight. Visitors will be able to view displays and demonstrations, interact with some of the technology for themselves and learn more about these exciting innovations.