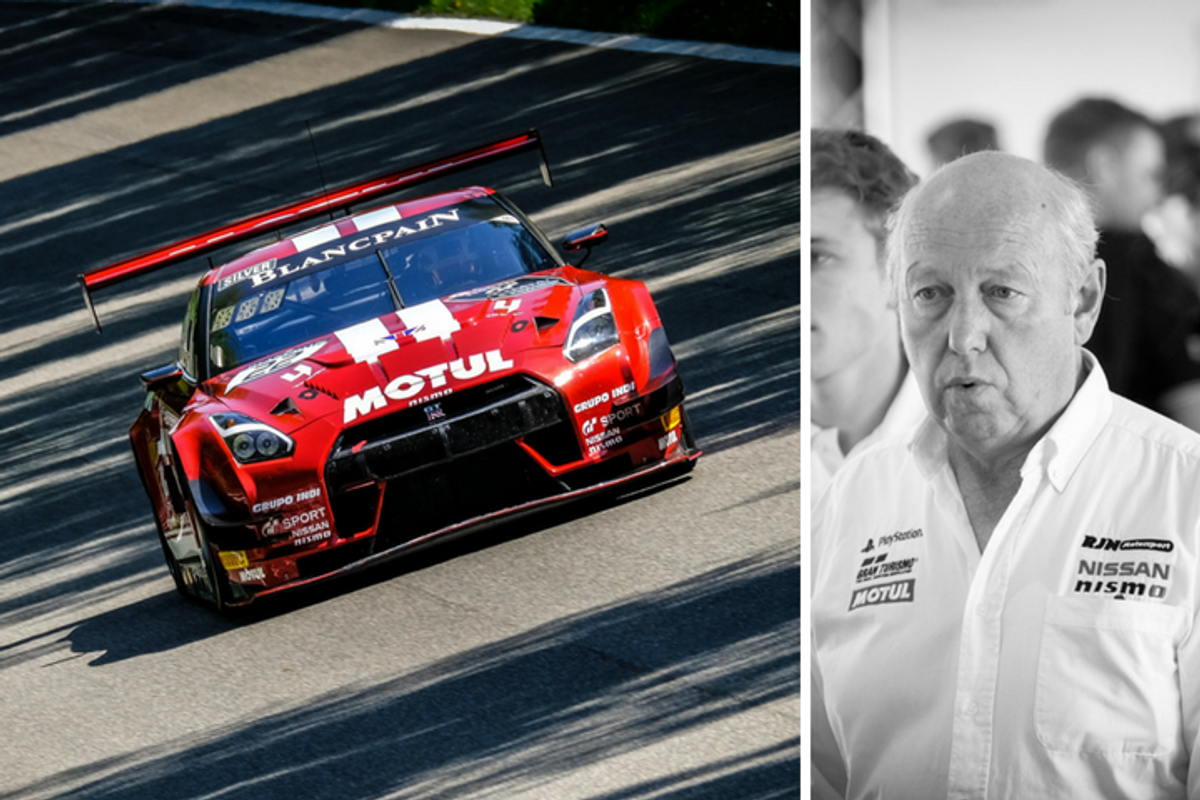 “It would be absolutely mega” – Bob Neville

Bob Neville’s Team RJN has become synonymous with campaigning Nissan machinery in the Blancpain GT Series.
Currently competing as GT Sport Motul Team RJN, the Oxfordshire-based outfit is running the new-spec GT-R NISMO GT3 this year and is gearing up to give the car its first run at the Total 24 Hours of Spa.

Though the equipment is new, the team’s association with Nissan is extensive. Indeed, Neville has a long-standing working relationship with the Japanese brand that stretches back more than two decades and precedes the formation of RJN. As well as an impressive history in various GT racing categories, his involvement has also included stints fielding touring cars and even competing at the Dakar Rally with Nissan machinery.

Building partnerships that last would seem to be second nature to Neville. His team is a stalwart of the Blancpain GT Series, having been on the grid for the very first race at Monza in 2011, while there is also a clear loyalty towards his drivers. Alex Buncombe first contested the GT4 European Cup for RJN in 2007 and has been an ever-present member of the Blancpain GT Series line-up, while Lucas Ordonez joined in 2012 and remains a crucial part of the squad.

Having clinched the Endurance Cup drivers’ title in 2015, Team RJN has already proven its pedigree in international motorsport. Nevertheless, Neville remains bullish about the future and harbours serious ambitions to conquer Spa.

“As recently as 2011 we won the GT4 class, and we’ve been on the podium in Pro-Am, but our best overall result at Spa is still seventh, and that’s not good enough,” he says.

Neville knows that conquering the race this year will be an enormous challenge. As he puts it: “I’d like to win it, but I’m also a realist.”

Neville’s approach stems from the fact that GT Sport Motul Team RJN will field a single 2018-spec car in the Pro class this year, with Buncombe and Ordonez joined by regular teammate Matt Parry. There will also be a Silver Cup entry for the older-spec machine, but Team RJN is plainly at a disadvantage compared to its rivals.

Some teams will field three or even four Pro cars at Spa, allowing them to take bigger risks on strategy, while Team RJN have only one bullet in the chamber. If their shot misses, there are no second chances.
“We’ve run what we call the ‘old car’ ever since we had the first one in Europe. That was back in 2012, though it has undergone several upgrades since,” Neville explains.

“Now we have this lovely new-spec car. It’s still based on the Nissan GT-R R35 road car, but it is a full re-design. Though it’s been tested and raced in Japan, the hardest place in the world to race is at Spa.”
In this regard, Neville is thankful to Nissan for the support that they provide his team, particularly at an event as challenging as the 24 Hours.

“We’ve been racing Nissans for 20 years and I’ve known them for longer than that, so it’s a good working relationship. We’ll have NISMO guys with us at Spa, providing technical backup.”
Almost every team boss approaches their planning for Spa as a year-long project, one that only pauses during the 24 hours itself. As a highly experienced operator, Neville is no different.
“The logistical task is virtually carried on from when the chequered flag drops the previous year. This year will be particularly difficult as there’s a British GT round the preceding weekend [as part of the SRO Spa Speedweek], which we’re also doing.

“There are arrangements to be made with SRO, such as paddock and garage space, which is really important to be able to arrive there in the right frame of mind. All of that starts really early on.
“From an engineering standpoint, we like to get the Circuit Paul Ricard 1000km done and then completely re-build the cars before the test day. Typically, we’ll fit a new engine and gearbox, new axles and suspension – all that sort of stuff. After the test we’ll have another look at everything.
“The marketing side is very important as well, though it’s not one of my personal tasks. Nissan, GT Sport-Sony and Motul are all very much part of our team and they will bring guests, so it’s a very big undertaking.”

Speaking at Circuit Paul Ricard, a race that falls almost two months before the 24 Hours, Neville explained: “All of our hotels are already booked and our travel arrangements are made.”
As a six-hour race, the French event is important to every team and driver in the pit lane. But, given its extended duration, it is especially useful to a squad that is running brand-new equipment.
“It is really important to us for several reasons,” confirms Neville. “It’s a real long-distance race where you’re looking for reliability. For us, running a 2018-spec car, that’s really important as we need to monitor everything. You can test as much as you like but there’s nothing like racing.

“The Circuit Paul Ricard race is also really important for the Blancpain GT Series championship. In 2015, we won here on the way to the Endurance Cup title, so if you can win here it sets you up for both Spa and the championship.”

GT Sport Motul Team RNJ enjoyed an excellent showing at Circuit Paul Ricard, with their new-spec GT-R taking a fifth-place finish from a starting field of 50 cars. It was a season-best result for the trio of Buncombe-Ordonez-Parry and provided an essential confidence boost before Spa.

So, does Neville believe that his team is fully prepared to tackle this year’s 24 Hours?
“You can feel that you are ready – and you need to be ready, because at a certain moment the pit lane will open and you need to be on it – but you’re also aware that at any second things can go wrong, and they often do.
“The nature of race cars is that they’re only every fully together just before they go out for a session. Being ready is a mental state, but it also has to equate to the cars.”

Throughout our discussion, Neville retains the kind of calm disposition that only comes through experience. He knows that the task ahead is significant and that tackling Spa with a single new-spec car is about as tough as it gets.
But he is still a racer at heart and, when asked what it would mean for his team to win the Total 24 Hours of Spa, there is a glint in his eye.
“There’d be nothing better for me than to win it,” he concludes. “It’s never easy, but it’s not impossible – and it would be absolutely mega.”