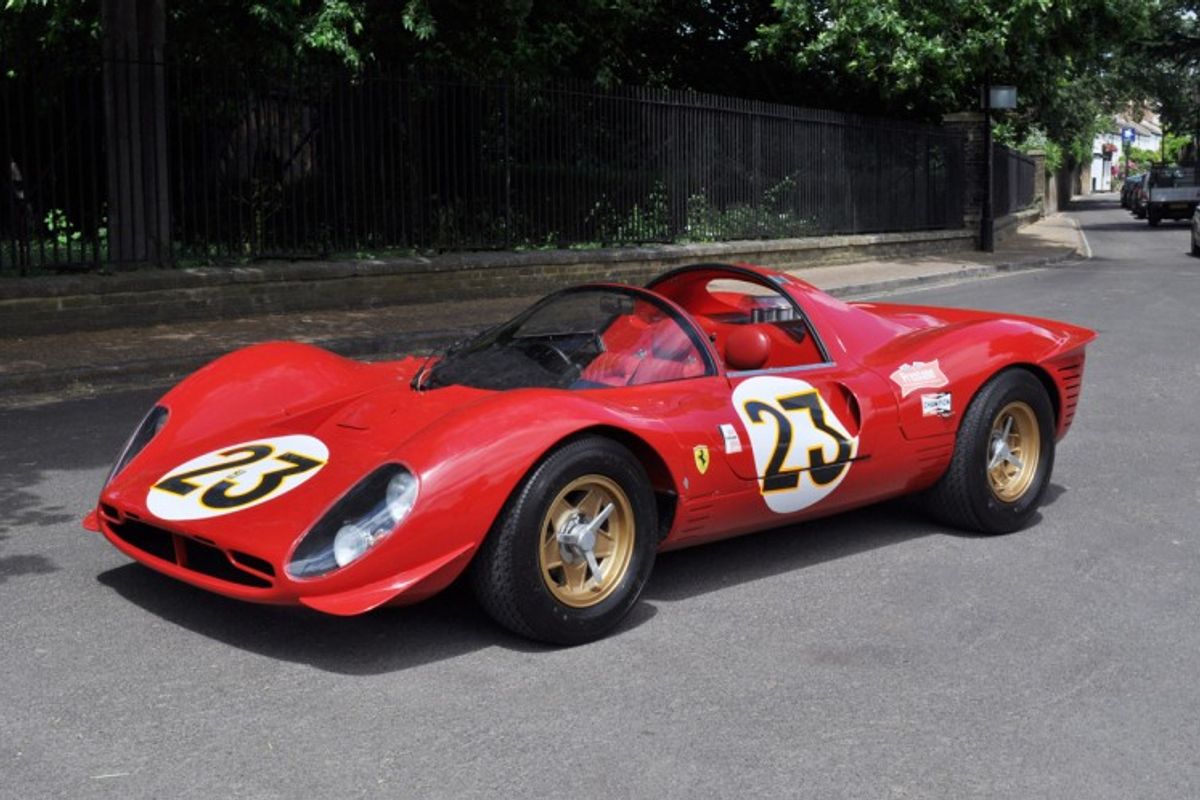 Over the celebrated Goodwood Festival of Speed weekend of 12th – 15th July this year international auction market leaders COYS will once again stage their “FOS” Sale. A regular feature of events surrounding Goodwood, the Coys auction at Fontwell House follows hot on the heels of their sale at Blenheim Palace which included the celebrated Cavallino Hoard, which was, in turn, was a globally acclaimed success.

With a relaxed festival atmosphere carried over from the action-packed events just down the road together with a high-level catering, Coys offer a fantastic selection of historic collectors and investment quality motor cars for sale as a fabulous alternative activity to The Festival.

Fontwell House, a classically styled Palladian mansion, steeped in character and tradition, with its immaculate, untouched, scenic gardens provide a beautiful venue to serve as stunning back drop for this glamourous Thoroughbred and Classic Car Auction.
With over 60 cars already consigned, this promises to be another Coys Classic with something for every taste and budget.

Some of the early entries include a 1967 Specification 330 P4. There were only four Ferrari P4-engined cars were ever made: one P3/4 and three 330 P4’s. This exceptional car has a hand-crafted and bespoke built P4. The engine was rebuilt by Marque specialists Ferrari Engineering, who work on many Ferraris of this era. The interior was also made as close to the original P4 as possible, and features Rosso Leather seats, Sabelt race harness and Ferrari clocks, also complete is a foot well fire extinguisher and plumbed in system in the engine bay. The car has only four previous owners and said to have covered less than 1,000 miles. The estimate is £130,000- £150,000.

A 1921 Wolseley 200- mile specification record car is also on sale. The car was inspired by John end’s recreation of ‘Moth’. An original 1921 Wolseley 111 Ten rolling chassis was used as the basis and ably assisted by John End. The two-seater’s exquisite polished aluminium bodywork from period photographs were reproduced by master craftsman Phil Kneller. The car estimates £35,000 - £42,000 and comes with V5C registration document.

On sale, is a lovely original 1975 Jensen Interceptor Convertible with right hand drive. It was delivered new to world-renowned broadcaster and journalist Mr. David Dimbleby, finished in Wine Red with a tan leather interior. The current vendor acquired the car in the late 1980’s following restoration works by Jensen specialist Cropredy Bridge Garage of Banbury. It shows a mere 49,000 miles from new and estimates at £50,000- £60,000.

A 1997 Lamborghini Diablo Coupe was offered from a private collection and has been recently serviced by marquee specialists and is ready for a new custodian. The Diablo has more power and a lower drag coefficient than the Countach, it easily eclipsed its forebear, exceeding 200mph on test. More importantly, its acceleration and top speed figures were marginally better than those of the Ferrari F40. The Diablo though, was not a limited-edition model like the latter but a series production car with a luxuriously appointed interior reflecting its designers’ intention to produce a civilised Gran Turismo as suited to city streets and motorways as the racetrack. The estimate is £100,000 - £130,000.

A 1952 MG TD is also going under the hammer. The metal work of the car was all stripped back and repainted in the original Old English White and the chassis was primed and painted accordingly. The bright work was re-chromed and the engine and running gear was renovated. The estimate is £22,000 - £25,000.