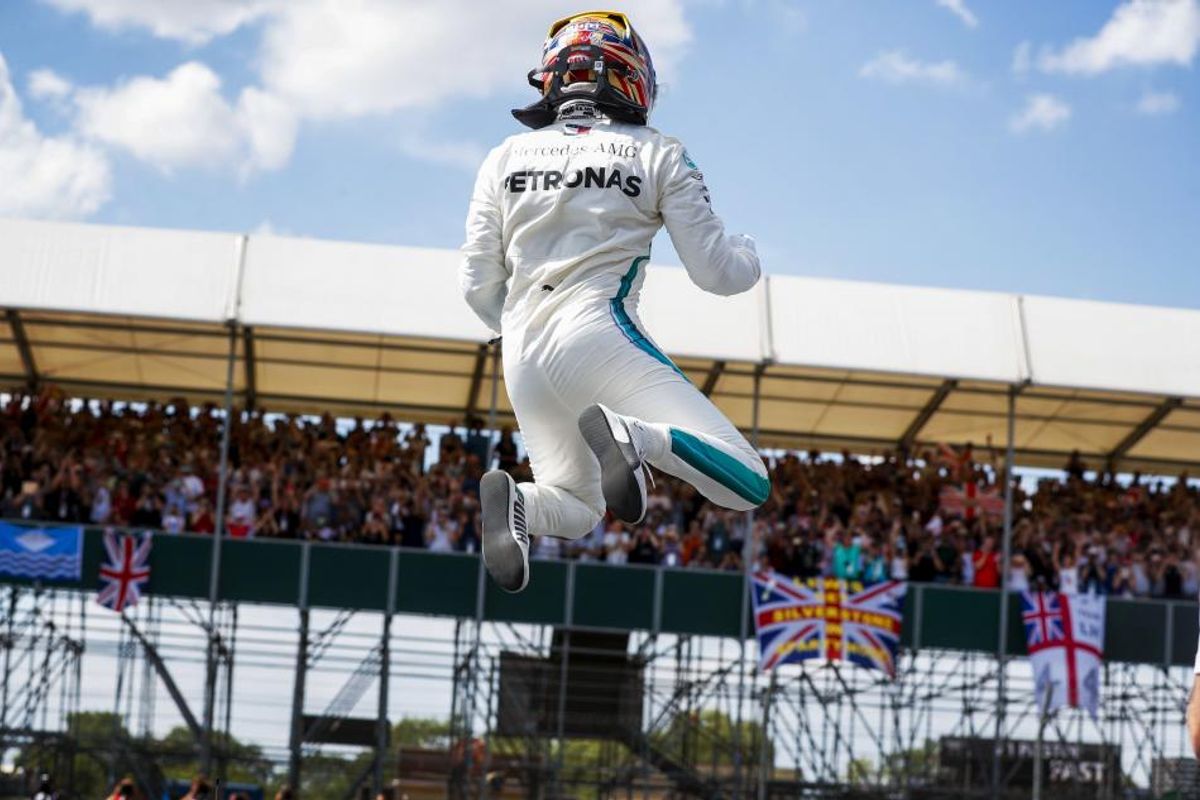 Mercedes’ Lewis Hamilton delivered a stunning final lap in Qualifying for the British Grand Prix to edge Ferrari’s Sebastian Vettel by four hundredths of a second, with Kimi Räikkönen third for the Italian squad ahead of the second Mercedes of Valtteri Bottas.

Vettel claimed provisional pole with a lap of 1:25.936 in the first run of Q3 shading Hamilton by five hundredths of a second. But the Briton found the pace needed in the final run to haul himself ahead of the championship leader by 0.044s.

Q1 was red-flagged with just over three minutes on the clock when Lance Stroll went off at Brooklands. With a recovery vehicle needed the session was halted for six minutes as his car was removed.

With Toro Rosso’s Brendon Hartley not slated to take part in Qualifying following a heavy crash in final practice that left the team needing to build up a new chassis, Stroll’s exit meant that just three drivers would drop out of the session at the end of the 20 minutes.

When the session resumed Kimi Räikkönen jumped to the top of the timesheet with a lap of 1:27.549.

There was then a brief moment of further drama for Williams when Sergey Sirotkin went off track at Stowe, but the Russian was able to keep his car going and he limped back to the pits to recover.

Vettel then took over at the top with a time of 1:26.585, with Hamilton taking P2, just over two tenths behind and with Valtteri Bottas third on a time of 1:27.025. Max Verstappen was fourth for Red Bull ahead of Räikkönen and the second Red Bull of Daniel Ricciardo.

The top six elected to sit out the final run and as the times came in the Red Bulls were split by the impressive Charles Leclerc who took sixth place with a time of 1:27.962, 0.017s ahead of Ricciardo.

At the bottom of the order Renault’s Carlos Sainz and McLaren’s Stoffel Vandoorne were the men in trouble as the final runs started. Sainz briefly jumped up the order but as the final times arrived he was shuffled back to P16 and eliminated. The Spaniard cited traffic, in particular the Haas of Kevin Magnussen, as the reason for his uncharacteristic slump.

Vandoorne also failed to find more pace and he exited the session ahead of Sirotkin, who managed to set a time, but one that was only good enough for P18.

At the start of Q2, Vettel set the immediate pace with a time of 1:26.372. Hamilton, meanwhile was forced to back out of his first lap after making a mistake at Turn 4, but a second attempt handed him top spot with a time of 1:26.256. Behind Vettel, Bottas was third for Mercedes ahead of the seconds Ferrari of Räikkönen and the Red Bulls of Verstappen and Ricciardo. Grosjean was best of the rest after the first runs, two tenths shy of Ricciardo’s time, with Magnussen eighth ahead of Leclerc and Force India’s Esteban Ocon.

Four of the top six elected to sit on their first-run times in the closing phase of the segment, but Hamilton and Bottas both took to the track. The Briton abandoned his run while Bottas completed a lap without improvement.

The top 10 remained unchanged in the final runs, and behind Ocon, Renault’s Nico Hulkenberg was eliminated in P11, along with P12 man Sergio Perez of Force India, McLaren’s Fernando Alonso, Toro Rosso’s Pierre Gasly and the second Sauber of Marcus Ericsson in P15.

At the start of Q3, Hamilton laid an early claim to pole position with a time of 1:25.993, but he was dislodged from top spot by Vettel who went clear by 0.057s. Bottas slotted into P3 ahead of Räikkönen, Verstappen and Ricciardo. The Australian reported that he had lost DRS and he sat over four tenths adrift of his team-mate.

Hamilton, though, found the reserve he’d been seeking in the final run and he jumped to P1 with a time of 1:25.892, four tenths clear of his title rivals.

Vettel was unable to improve and he hung onto second place, He might have been dislodged by Räikkönen, who set the quickest time of all in S1, but a mistake in Turn 16 cost him dearly and he finished third, just five hundredths of a second behind his team-mate.

Bottas qualified fourth ahead of the Red Bulls of Verstappen and Ricciardo, while Magnussen edged team-mate Grosjean by two tenths of a second to claim the front of row four. Leclerc finished an excellent ninth ahead of Ocon.