Pole position for the Porsche 911 RSR in Canada 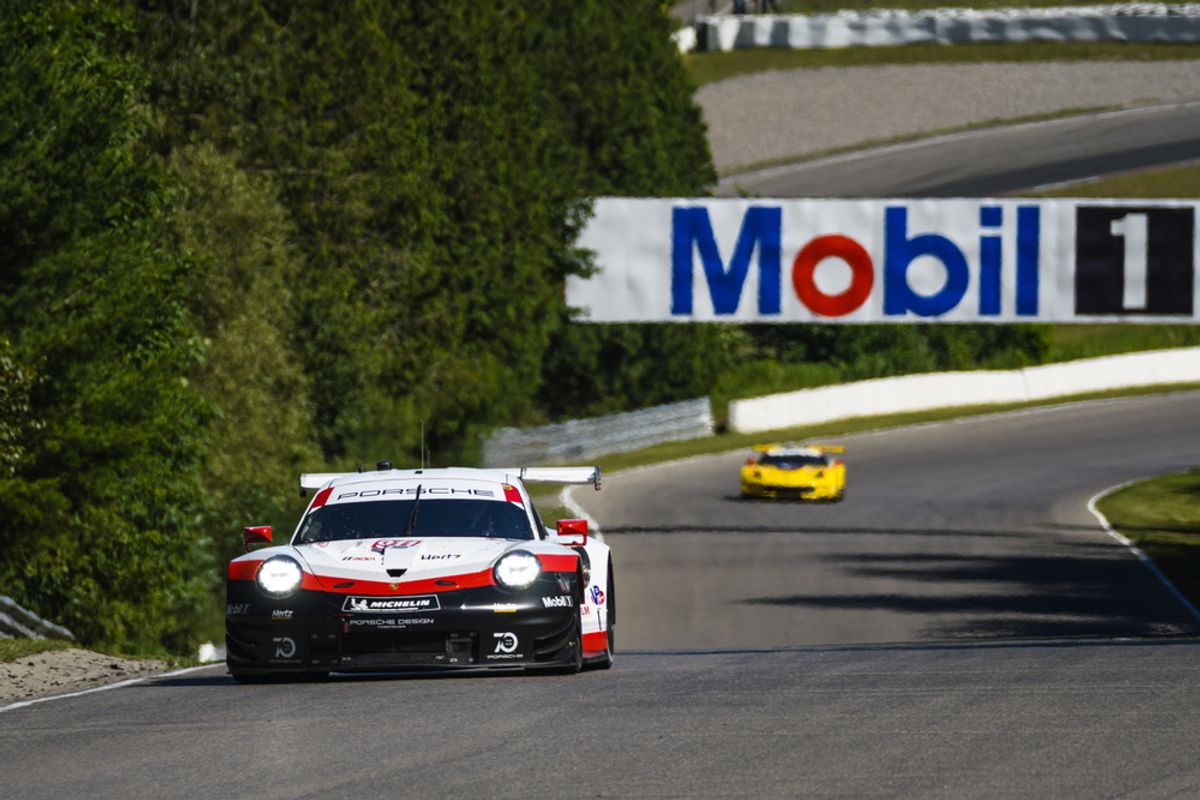 Porsche has clinched pole position and takes up round six of the IMSA SportsCar Championship in Bowmanville/Canada from P1 in the GTLM class. Nick Tandy from Great Britain turned the fastest lap in 1:13.517 minutes during the short 15-minute qualifying session on the 3.957-kilometre Canadian Tire Motorsport Park. One year ago, Dirk Werner from Germany secured the maiden pole position on this racetrack for the new Porsche 911 RSR. For the race on Sunday, Tandy shares the cockpit of the 510 hp racer from Weissach with Frenchman Patrick Pilet.

In clear blue skies and a temperature of 25 degrees Celsius, Belgium’s Laurens Vanthoor turned the fourth quickest qualifying time with the #912 sister car. His teammate for the race on the ultrafast and demanding circuit close to Toronto is Earl Bamber from New Zealand. Pilet and Tandy scored the last IMSA win for Porsche in Canada with the 911 RSR in 2015. In the GTLM class, in which four automobile manufacturers fight for prestige and points, Porsche ranks second in the manufacturers classification with two wins from five races.

Steffen Höllwarth, Porsche Programme Manager IMSA SportsCar Championship: “We’re very satisfied with grid positions one and four. Overtaking on this track is very difficult, so in the practice sessions we concentrated fully on the qualifying setup. This worked perfectly with our #911 Porsche 911 RSR, but unfortunately it didn’t quite come together for the #912 car in one lap. Still we’re looking forward to the race on Sunday and we’re ready to go all-out.”

Nick Tandy (Porsche 911 RSR #911): “This is a great day for England – we made it into the semi-finals of the Football World Cup, Formula One and the Porsche Mobil 1 Supercup are contested at Silverstone this weekend and now I’m on pole. I’m very happy. The track is one of my favourites on the IMSA SportsCar Championship calendar, and I really enjoyed the qualifying session. The team put a perfectly setup car on the track for me today and the tyres performed perfectly at exactly the right time. In my opinion, this made all the difference. For me, this was the perfect qualifying session. Because it’s almost impossible to overtake on this racetrack, the starting position is more important than on almost any other racetrack.”

Laurens Vanthoor (Porsche 911 RSR #912): “Pole position is a great result for Porsche. Basically we were really fast, I tried everything but unfortunately it somehow didn’t all come together. However, the race setup worked well during free practice, so I’m feeling confident. It’ll be a challenge, because overtaking on this twisty, flowing circuit is very hard.”