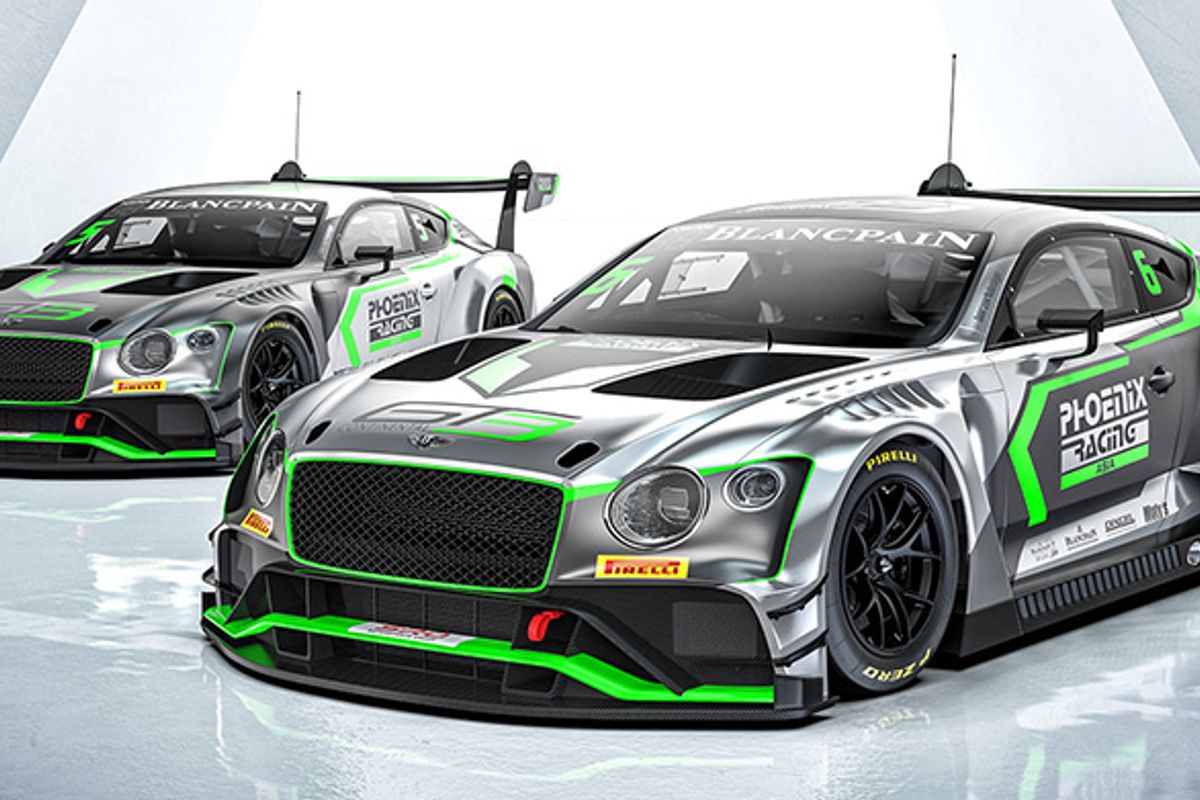 The Hong Kong-based outfit – now known as Bentley Team Phoenix Racing Asia – won the championship’s Silver Cup drivers’ title with Audi last season and has continued to field a R8 LMS GT3 over the first half of 2018. However, that all changes in China when the team becomes the first customer squad to race Bentley’s new GT3 contender.

Indeed, the car has yet to compete anywhere other than in the Europe-based Blancpain GT Series with Bentley’s factory partner, M-Sport, who collectively earmarked 2018 as a year of development for the new Continental GT3 ahead of its full customer roll-out in 2019.

Key Phoenix staff will join Bentley Team M-Sport for Asia’s leg of the Intercontinental GT Challenge at Suzuka this August before taking delivery of and testing two new Continental GT3s ahead of Blancpain GT Series Asia’s final two rounds at Shanghai and Ningbo. The team and cars are then also expected to mount a full-season campaign in 2019.
Team owner and driver Marchy Lee, who won last season’s GT3 Silver Cup title with Shaun Thong, sees the new partnership with Bentley as confirmation of Phoenix Racing Asia’s stature within the region.
“I feel very proud that a manufacturer as prestigious as Bentley has chosen a young team like Phoenix Racing Asia as an official partner,” he said. “They clearly see a lot of potential in us, but hopefully also the same attributes that characterise their brand. We aim to be the very best at everything we do as a race team, and – having been shown behind the scenes at Bentley earlier this week – I think that’s definitely something we both share.

“The new Continental GT3 also looks fantastic and has already demonstrated its potential in Europe. This is the perfect partnership as we begin the next chapter in Phoenix Racing Asia’s history.”

Bentley Motorsport’s Head of Operations Nick Burns added: “Having a leading team represent us in Blancpain GT Series Asia was extremely important to us. It’s an incredibly tough series but we believe Phoenix Racing Asia has what it takes to win races and we are delighted that they have chosen to work with us. We are already engaged with the team and we’re looking forward to welcoming them to Suzuka for the 10-hour race – we believe that close co-operation is key to global success.”
Phoenix’s current Audi will race at Fuji next weekend before both new Bentleys compete in 2018’s final two events. But it won’t be the first time the manufacturer has appeared in Blancpain GT Series Asia: its first-generation Continental GT3 made selected outings with Absolute Racing last season.
______