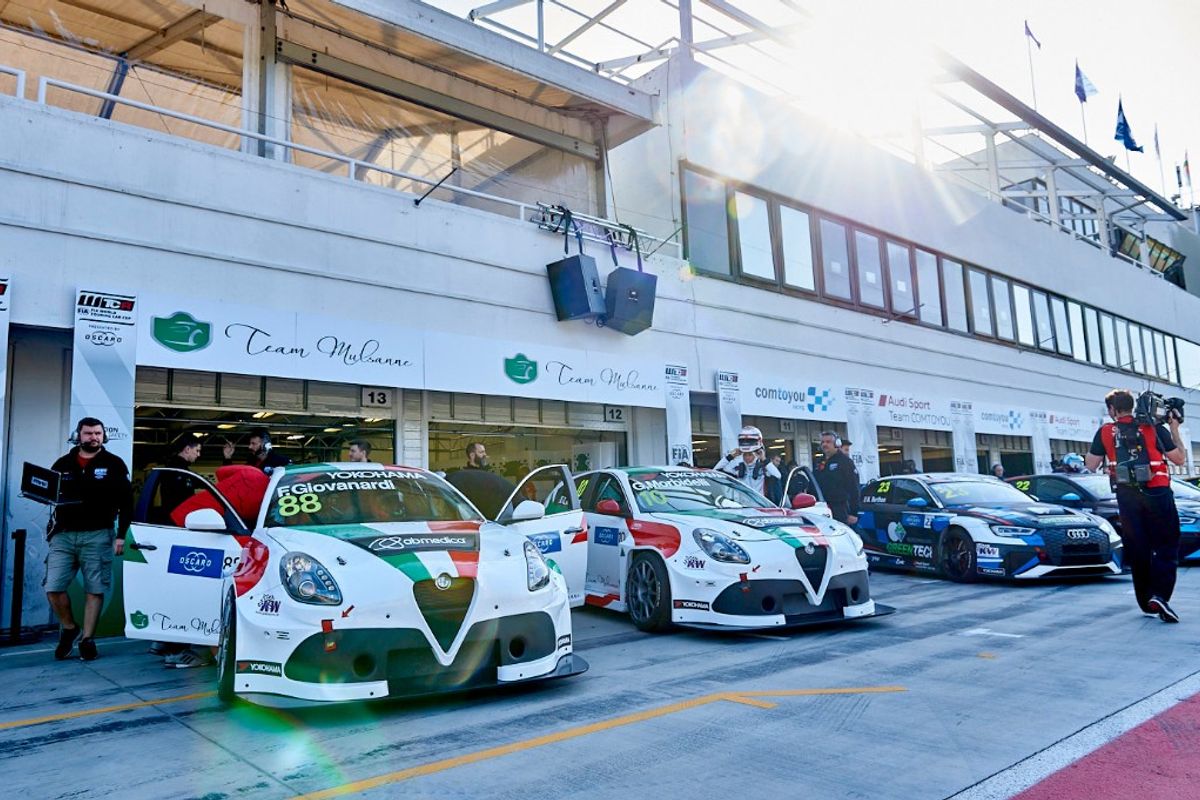 The coming weekend is going to be an intense one for the Alfa Romeo Giulietta TCR by Romeo Ferraris. They will be in action on three different stages, all of top level, starting with the Slovakiaring, for the sixth round of the FIA WTCR. Slovakia is replacing the round initially scheduled for Argentina early August and provides a very interesting challenge for Team Mulsanne, which lines up Kevin Ceccon alongside Fabrizio Giovanardi. The debuting driver from Bergamo, 24 years, is the youngest Italian to test a Formula 1 car, back in 2011 at Abu Dhabi when he drove a Toro Rosso. Last year, he made his debut in GT, where he became one of the most promising young guns. Neither Fabrizio nor Kevin have ever raced at the Slovakiaring, with the latter being also a rookie with front wheel-drive cars.

Alfa Romeo Giulietta TCR by Romeo Ferraris will take the track at Mugello in the TCR Italy, and at Castle Combe in the TCR UK. In the Italian series, Gigi Ferrara will aim at keeping the championship lead consolidated in the previous rounds, while Edoardo Cappello, with Otto Motorsport, will try to repeat the spectacular performance made at Misano. In Great Britain, DPE Motorsport will support the efforts of Derek Palmer and Robert Gilmour.

Michela Cerruti, Romeo Ferraris Operations Manager
“We have been through some very busy weeks and to be back on track will almost be a relief! Our staff, as already experienced in the past, will be in different parts of the continent to assist our customers in the FIA WTCR and in the national TCR series in Italy and UK. We are ready to welcome in our family a new member as Kevin Ceccon, a very promising young driver on the international scene, who has already proven his talent and professionalism in single-seater formula. To make his touring car debut immediately in the WTCR is a real challenge for him, but we believe in his potential. Another challenge will be the one facing Gigi Ferrara in the Italian series, on a track theoretically not favourable to our, but with the uncertainty about what the impact of the compensation weight will be. The TCR UK round, instead, is a real question mark, as we have never raced on that track. But this will make the journey even more exciting".