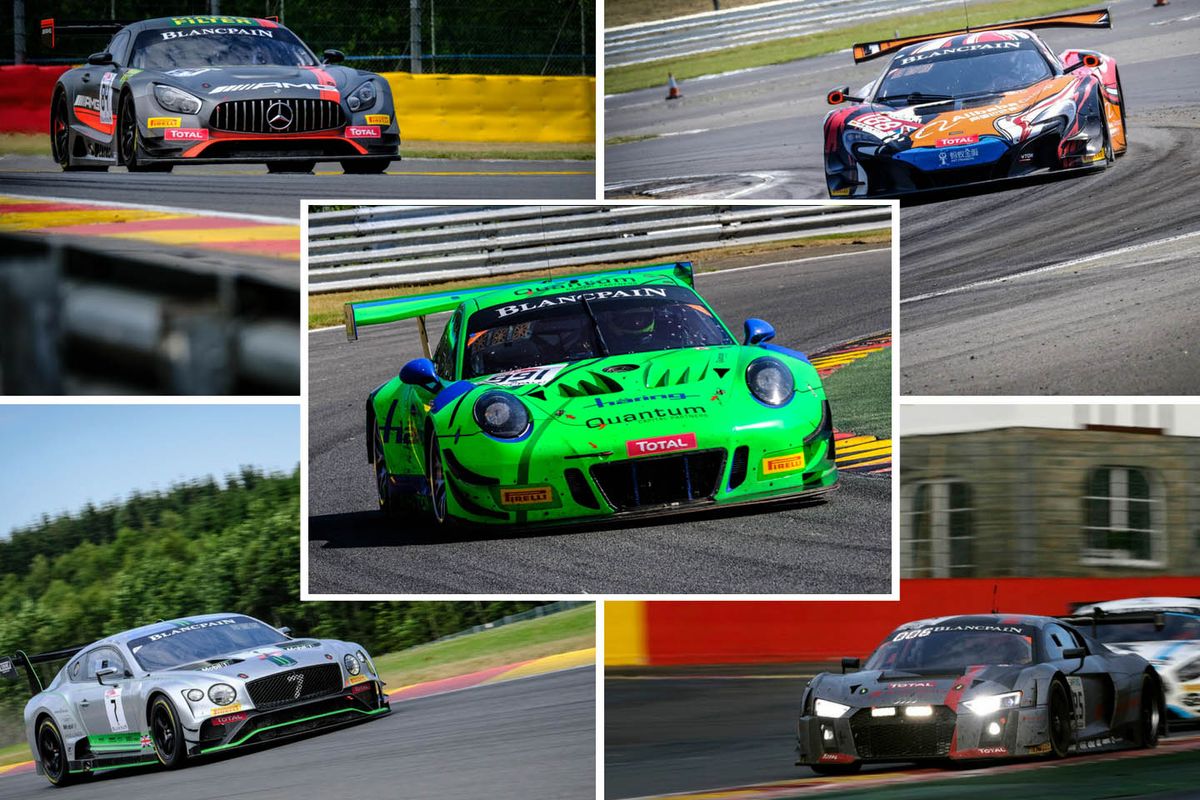 in longest race of the year

The Total 24 Hours of Spa is the second round of the 2018 Intercontinental GT Challenge.

As was the case during the Liqui-Moly Bathurst 12 Hour, the opening round of the 2018 Intercontinental GT Challenge last February, Audi, Bentley, McLaren, Mercedes-AMG and Porsche will all have their representatives in the Belgian Ardennes. A total of 16 cars, 14 of them with an all-Pro line-up at the wheel, will be included in the Intercontinental GT Challenge rankings.

McLaren – 4th in 2018 manufacturer standings – 8 points
Two Garage 59 cars – one in the Pro-class and one in the Am-class – will try to increase the points total of the British brand. The 650S GT3 entered in the Pro class will have Côme Ledogar, Andrew Watson and Ben Barnicoat at the wheel. The car in the Am category will be shared by Alexander West, Chris Goodwin, Chris Harris and a yet to be determined driver.

Bentley – 5th in 2018 IGTC manufacturer standings – 4 points
Having competed with the previous version of the car in Bathurst, Bentley gives the new Continental GT3 its Intercontinental GT Challenge premiere in Spa. At the wheel of the two Bentley Team M-Sport cars are five of the six drivers present at Bathurst, including last year’s Spa winner Jules Gounon. South-African driver Jordan Pepper replaces Guy Smith.
AM drivers aiming to score points as well

To be included in the Bronze Drivers standings of the Intercontinental GT Challenge, a driver has to compete in three of the four events in 2018. But the sporting regulations also state that a Bronze driver who has competed in one round of the Intercontinental GT Challenge, entered on a car nominated by a manufacturer, will be eligible to score points in that round as well as in all subsequent rounds of the 2018 Intercontinetal GT Challenge season, whether the car they are driving in subsequent rounds has been nominated by a manufacturer or not, and independent of the brand of the car in which they are racing.

That means that of the Bronze drivers that competed in the Liqui-Moly Bathurst 12 Hour not only Tim Pappas and Alexander West – both on nominated cars for the Total 24 Hours of Spa  as well – are eligible to score points, but also Kenny Habul (driving the #175 Sun Energy 1 Team HTP Motorsport Mercedes-AMG) and Nick Leventis (at the wheel of the #42 Strakka Racing Mercedes-AMG).

Other drivers eligible to score points for the AM drivers rankings are Chris Harris and Chris Goodwin on the #188 Garage 59 McLaren, Marc Miller on the #540 Black Swan Racing Porsche and three of the four drivers on the #991 Herberth Motorsport Porsche: Jürgen Häring, Edward Lewis Brauner and Wolfgang Triller.

The Total 24 Hours of Spa hosts round two of this year’s Intercontinental GT Challenge on July 26-29 before the Suzuka 10 Hours takes centre stage one month later, on August 24-26. The Laguna Seca Raceway California 8 Hours, on October 26-28, closes out the campaign, which began in February at the Liqui-Moly Bathurst 12 Hour.