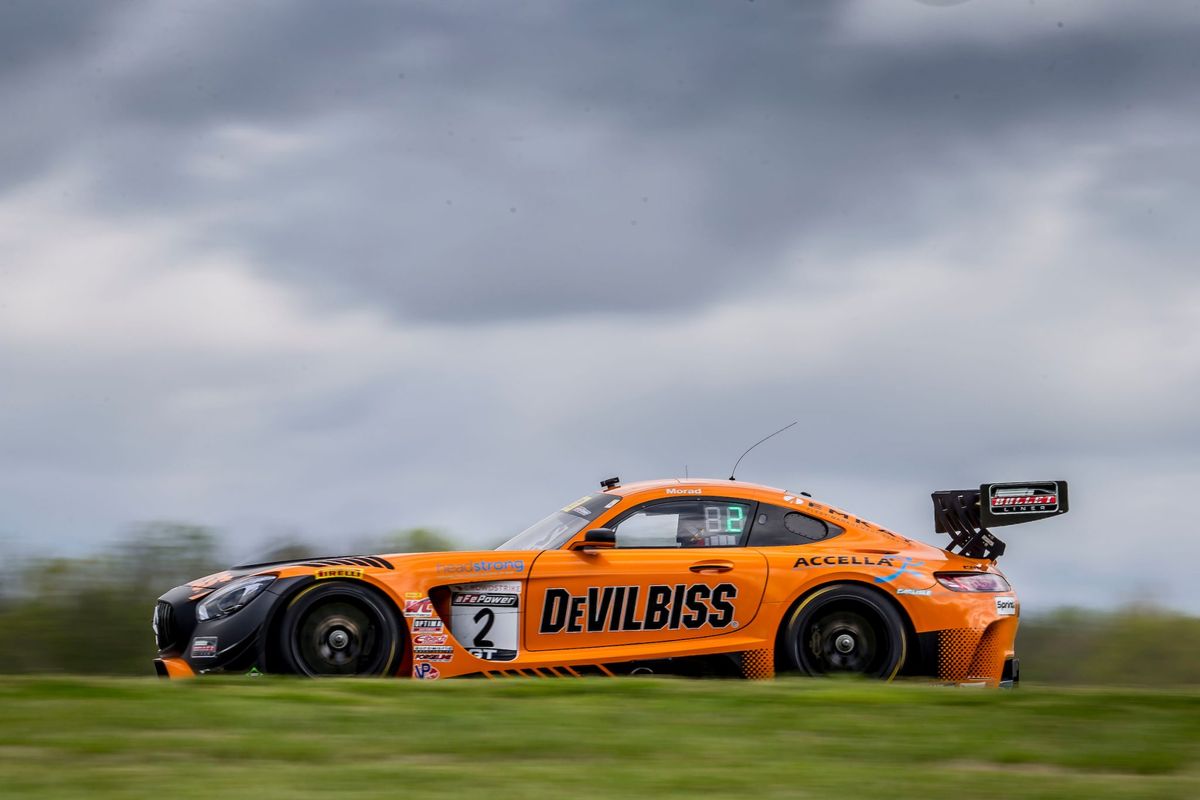 There’s a new challenge ahead for the Stadium SUPER Trucks championship leader, who will get behind the wheel of CRP Racing’s Mercedes-AMG GT3 for his first taste of a GT3 racer.

Brabham will co-drive the DeVilbiss AMG with the team’s regular driver Canadian, Daniel Morad in the Portland Rose Cup round of the Pirelli World Challenge.

DeVilbiss support Brabham’s Stadium SUPER Truck campaign and have been able to introduce Brabham to CRP Racing and team owner, Nicholas Short for this event.

CRP Racing and Daniel Morad currently sit fourth in the Pirelli World Challenge Championship. Morad is chasing the driver at the top of the leaderboard, Toni Vilander.

After the race weekend in Portland, Brabham will make his way back to Australia for a Supercars co-driver session at Queensland Raceway with Preston Hire Racing.

This will be Brabham’s fifth outing in the car he will share with Lee Holdsworth in the PIRTEK Enduro Cup.

The PIRTEK Enduro Cup kicks off at Sandown International Raceway in September (14th-16th), it then moves onto the Supercheap Auto Bathurst 1000 (October, 4th-7th) before wrapping up on the streets of Brabham’s hometown, Queensland’s Gold Coast.

Brabham will remain in Australia for a couple of weeks for more corporate activities with his personal sponsors and supporters, including two more ride days, before heading back to the US for the next round of Stadium SUPER Trucks at Road America on August 24-25, which will be support the Xfinity NASCAR event.

Brabham’s 2018 campaigns are supported by the Preston Group, DeVilbiss, Gale Pacific, Coolaroo, The Boat Works, PIRTEK and the Chris Kyle Frog Foundation, of which he is a proud ambassador.

WHAT MATT HAS TO SAY…

“This is a fantastic opportunity and I’m extremely excited to be driving in the Devilbiss Mercedes AMG GT3. I'm very grateful Nick Short, DeVilbiss and Daniel Morad for giving me a shot and inviting me into their team,” said Brabham.

“There is a lot to learn in a short amount of time and I will be leaning on and learning from the team as much as I can.

“It's quite cool to be racing at Portland, both my father and uncle have won races in Sports Cars  there. I will be listening to what they have to say and hopefully taking some of that luck with me.

I’ve had an awesome season so far in the Devilbiss Stadium Super Truck and can't wait to join Daniel and hit the track.”